So far 24 people have been confirmed dead and 3,300 are sheltering in evacuation centres in Vanuatu, which was devastated by Cyclone Pam on Friday night. The government estimates that up to 70 percent of the impoverished country’s 268,000 people have been displaced by the cyclone. The strength of the storm has been compared with Typhoon Haiyan, which killed 6,000 people in the Philippines in 2013. 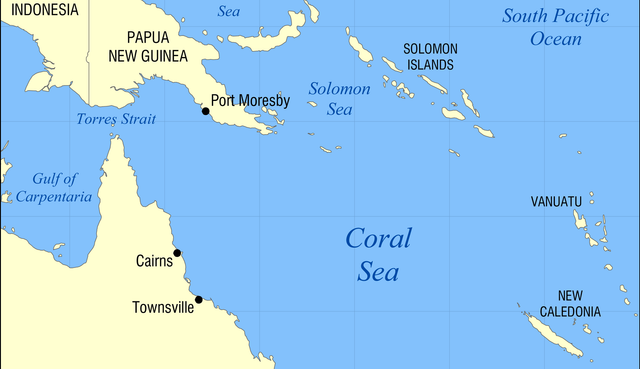 South Pacific, with Vanuatu on the right

The numbers of dead, injured and homeless people are certain to rise once communications are restored with outer islands. The population is spread over more than 65 inhabited islands, with 70 percent living in rural or remote areas, which generally lack basic infrastructure and services such as water and electricity.

On Monday evening, the aid organisation World Vision had still not accounted for 30 of its staff in the country.

According to Oxfam, the cyclone, which also caused flooding and damage in Tuvalu, Kiribati and parts of the Solomon Islands, was “one of the worst disasters ever seen in the Pacific.” Entire villages have been blown away. Vanuatu President Baldwin Lonsdale told Agence France-Presse that the category five storm had “destroyed all the infrastructure the government has built” over the past two years.

In the capital Port Vila, with about 45,000 inhabitants, Lonsdale said the cyclone had flattened or damaged 90 percent of all buildings. More than 80 percent of power lines were knocked down and the main hospital has been partly damaged. The capital’s water tanks have been emptied.

Bridges have been damaged, severely limiting travel in the main island of Efate. According to the UN, many schools have been destroyed.

Reports state that almost all trees have been stripped bare and many have been uprooted, in a country where two thirds of the population relies on agriculture, including subsistence farming. Alice Clements, a UNICEF worker in Port Vila, told the Independent that “100 percent” of crops on the worst-hit island of Tanna have been destroyed and “this means this is an island with no food.” There is also an urgent need for clean water on the island, but so far no relief has arrived for its 29,000 inhabitants.

Aid agencies fear that widespread flooding and contamination of water supplies will lead to outbreaks of disease, such as dengue fever and malaria.

Four days after the cyclone, tens of thousands of people have received no assistance. Save the Children spokesman Tom Skirrow told the Australian Broadcasting Corporation that it would likely be three more days before planes could land in outer islands. “We’ve had aerial surveillance... all we can tell is what we suspected, that everything’s destroyed, but we don’t know what’s happening with the people right now,” he said.

According to Radio New Zealand International, some Red Cross supplies have arrived at Port Vila’s airport but distribution across the country would not begin until further surveys are done.

In Tuvalu, while the devastation is apparently not as great as in Vanuatu, an estimated 45 percent of the population of 9,800 was displaced by the cyclone. At least one outlying island has been completely inundated, Prime Minister Enele Sopoaga told Radio New Zealand International. The first shipment of aid from the Red Cross was sent to the country today.

Kiribati’s main hospital and many homes have been flooded, according to the Australian, while in the eastern Solomons more than 3,000 households have been affected and crops destroyed, “with the population forced to shelter in school and church buildings, and in caves.”

Vanuatu, which is heavily reliant on foreign aid, does not have the resources to even begin to address such a humanitarian catastrophe. The assistance pledged by the region’s major powers, however, amounts to a pittance compared with what is needed: Australia has offered $US3.8 million, New Zealand $1.8 million and Britain, which ruled Vanuatu along with France until 1980, has offered just $2.9 million.

For more than a century the ruling elites of France, Britain, the United States, Australia and New Zealand have made empty and cynical promises to assist their “friends” and “neighbours” in the Pacific—all while exploiting the region’s resources and cheap labour. The priority of these countries is not to raise living standards in the Pacific but to maintain their neo-colonial hegemony and deter rivals for influence, particularly China.

These countries have collectively spent billions on contributing to the US-led wars in Iraq, Afghanistan and elsewhere, and on increasing their military and intelligence capabilities in the Pacific. Australia’s defence budget for 2014–15 is $US22.4 billion—more than 27 times Vanuatu’s gross domestic product (a mere $828 million, or $3,276 per capita in 2013).

Canberra, Vanuatu’s largest donor, cut its aid allocation to the country last year from $A60.7 to $60.4 million. This sum includes a “policing and justice support program,” which involves stationing Australian police and judicial “advisers” in the country.

All the imperialist powers are responsible for the appalling poverty and lack of development in Vanuatu and other countries, which greatly exacerbates the impact of natural disasters.

The Sydney Morning Herald reports that according to the UN World Risk Index, Vanuatu is more vulnerable to natural disasters than any other country on the planet. The 10 most vulnerable countries also include the Philippines, the Solomon Islands, Tonga and Papua New Guinea. Yet the populations of these countries lack basic protection against disasters, with large numbers of people living in poorly-built shacks that are easily blown or washed away.