About 200 workers and young people gathered in a west Detroit neighborhood Tuesday to protest the shooting of 20-year-old Terrance Kellom by a federal police officer on April 27. 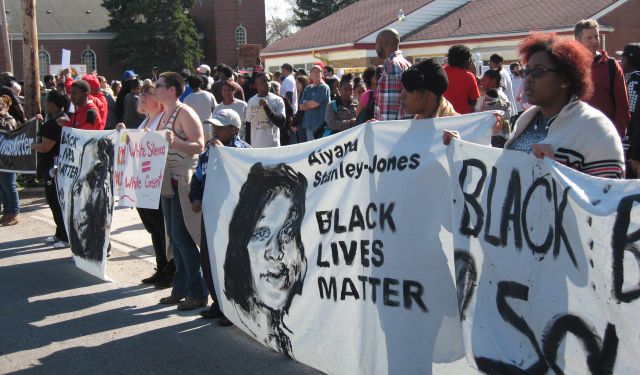 Protest against police shooting in Detroit

Mitchell Quinn, an Immigration and Customs Enforcement (ICE) officer, shot Kellom ten times in front of family members after being allowed into the family home. Quinn was part of a joint task force including Detroit police officers executing an arrest warrant. Quinn claimed Kellom came at him with a hammer.

At the protest Kevin Kellom, the victim’s father, disputed the police version of events. “My son died with clenched fists. He didn’t have a hammer. They assassinated my son,” Kellom said.

The senior Kellom rejected police claims that his son attempted to hide from officers. He said police entered the house saying they had a warrant, but the warrant did not materialize until hours after the shooting. The Detroit police have thus far refused to formally question officer Quinn, citing law enforcement procedures that protect federal officers.

Tyrone, a retired worker, spoke to the WSWS at the protest. “I can’t see anyone rushing in with a hammer in his hand unless he had a death wish. It is totally illogical. You have five officers armed to the teeth and you come at them with a hammer?

“I am a veteran. I see the injustice. We don’t have anything resembling freedom and justice in America.”

In comments to MLive, Kevin Kellom said that he and his family were in the house when a black van pulled into the driveway. Kellom reported opening the door after police cursed and threatened to break it down. Two officers went upstairs and later came down with Terrance. He heard his son verbally berating the officers. The elder Kellom told his son to cooperate.

Kellom said Terrance had his hands in his pockets. When he brought them out and stretched them out with his palms up towards his father he said, “But Dad…”

At that point there were two gunshots. As Terrance struggled with officers there were another eight shots. After shooting the youth, police put the now lifeless body into handcuffs. 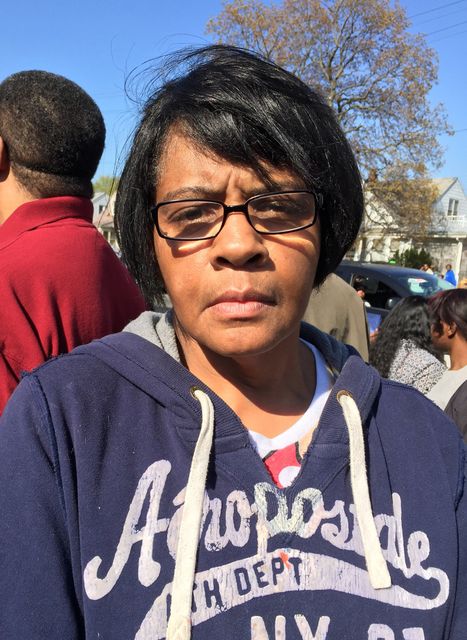 Delores Stinson, who is on disability, spoke to the WSWS at the protest. “This young man was in his home. Can you imagine your child being gunned down in front of you? We need to all unite and stop looking at color. It is horrible what it is coming to. It has to stop. You are not even safe in your own home.”

Sixfoe, a techno bass technician, said “I’m here because I’m sick of seeing these men and women who assume these positions kill people under the guise of being a police officer or ICE agent. ‘I can kill you as long as long as I am a police officer because I am bonded, I’m insured, I don’t have a personal accountability to that. So, at the end of the day, it’s just a job for me.’” 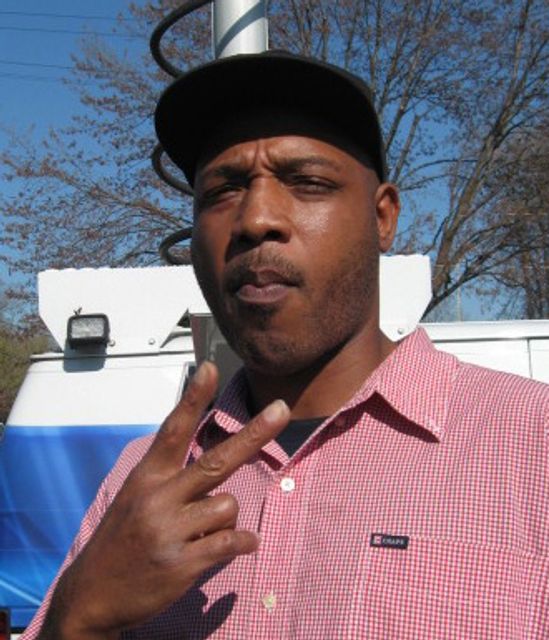 “Under Clinton’s executive order 1994, June 6, he authorized the special agencies to get money earmarked, and that’s illegal because only Congress can earmark money for things that are related to the Congressional budget. These agencies are not a part of the government. They are paramilitary organizations.

“Bill Clinton gave them that extraordinary power to obtain and earmark dollars. Now we notice 7-8 years later that they got an influx of new machinery from the armed forces -- tanks, rocket propellers. Why do you need that in an urban area? If there are guns in our community, I will guarantee you they are not on that level.”

A number of workers pointed to the deplorable social conditions in Detroit neighborhoods, which have been decimated by factory closures, budget cuts and years of neglect. 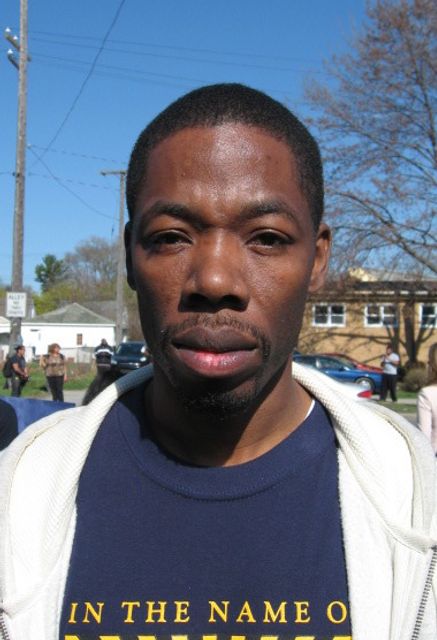 Boren noted that the automakers have cut the wages of new hires. “My parents worked in the auto industry and they made a decent living. You can’t live on the wages they are paying now. They are making more money off the cars but they are paying the employees less. Also, they got rid of the people with the machinery. So, it’s the system.”

“We are just the lowest man on the totem pole. We need to work, but we are at the bottom of the food chain.”

The latest police shooting follows the release of a new video showing cops in the Detroit suburb of Inkster joking and celebrating after the beating of an auto worker. In January police dragged 57-year-old Floyd Dent from his car after a traffic stop and repeatedly punched him in the head, kicked him and shot him with Tasers. Dent suffered a closed head injury, broken ribs and a fractured orbital.

No charges were filed against the officers at the time. However, the release of another video of the beating in March prompted Inkster to fire one of the officers, William Melendez. The Wayne County prosecutor has now filed assault charges against Melendez. Inkster’s police chief has since resigned and other officers who were at the scene are reportedly being investigated.

Following a brief rally, protestors in Detroit marched down West Chicago Boulevard to Cody High School. There was a heavy police presence in the area, but no arrests were made.