Allegheny Technologies claims most production restarted at locked out mills

Pittsburgh-based steelmaker Allegheny Technologies Inc. (ATI) claims to have largely restarted production seven weeks after locking 2,200 workers at 12 mills in six states. In the face of ATI’s brazen actions, the USW continues to isolate and smother locked out ATI workers. 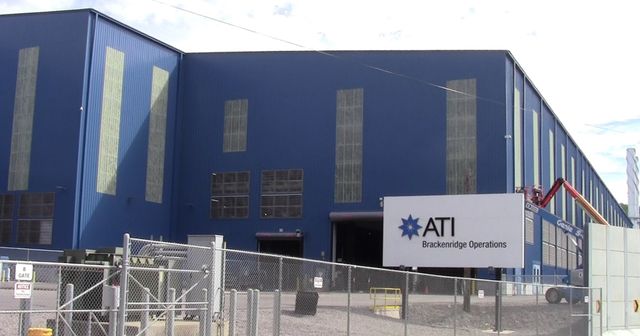 A section of ATI's brand new mill in Brackenridge, PA where the company clames to have resumed production

ATI claims in an October 1 announcement that “ATI FRP (flat rolled products) facilities are operating—most at pre-work stoppage production levels.” ATI also announced that its Hot-Rolling and Processing Facility, which has been undergoing repairs since May, is now online and has successfully produced steel coils. The announcement is further evidence that ATI is serious in its efforts to run its facilities with a scab workforce.

Many pickets counter that much of that steel was stockpiled by the company leading up to the lockout, and doubt the quality of steel being produced. However, workers do acknowledge that the company has begun production, if not on the scale they claim.

ATI views the lockout as a down payment on future profits from a subjugated labor force. For this reason, ATI is willing to bear significant short-term expenses, both from reduced production and high labor costs. A Strom Engineering Craigslist ad transparently recruiting scabs for ATI offers wages of $1,700 to $3,000 per week, an annualized wage of up to $156,000, requiring workweeks up to 84 hours with absolutely no job security.

These inexperienced scabs work in the extremely dangerous steelmaking environment, placing them at risk of injury. Picketing workers report a rumor that one of the scabs at ATI Brackenridge was badly injured on the job. A nurse at the company medical facility was reportedly fired after she refused company officials’ instructions not to report the incident to the relevant government safety agency, an action she is legally required to do.

ATI is seeking increases in out-of-pocket health care costs that could rise above $10,000 per family per year. In an attempt to sow divisions between younger and older workers, ATI is demanding the elimination of employer-paid pensions and health care for new hires when they retire.

The company also wants to impose work rule changes that would essentially turn workers into casual laborers. It is seeking to convert up to 40 percent of its workforce into outside contractors, another form of highly insecure casual labor.

From the start, the USW has worked to isolate the locked out workers. The USW has ordered 30,000 steelworkers at US Steel and ArcelorMittal whose contract expired September 1 to continue working despite the fact that the two companies are demanding similar concessions as those being pushed by ATI.

On October 1, Cliffs Natural Resources and the USW agreed to extend a contract covering 2,600 Minnesota and Michigan mine workers at the company, which was due to expire that day. The USW claims that it is necessary to continue working even though the company’s demands “would essentially turn back the clock on decades of progress we’ve made at the bargaining table.”

In fact, the union is working for the defeat of the ATI and other workers. The USW is a second level of management that is working with the Obama administration to drive down the cost of manufacturing by destroying the gains made by generations of workers. It is seeking to model itself upon the United Auto Workers in the auto industry. The auto companies have made enormous profits after the UAW imposed a two-tier wage and benefit system. The UAW is seeking to extend the hated two-tier system against the overwhelming opposition of its members. 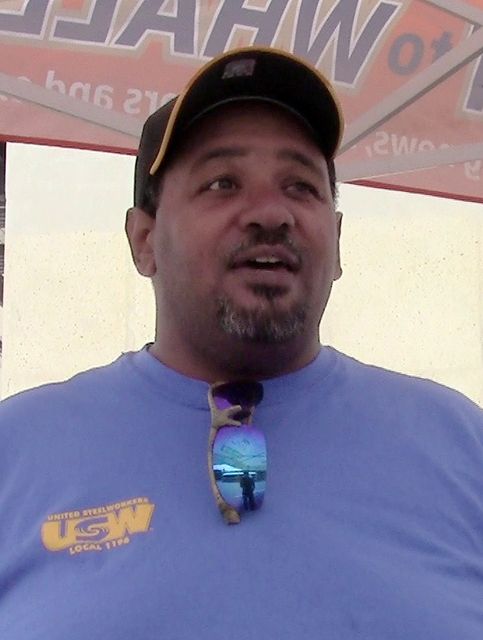 Joe, an overhead crane operator with over 25 years working at ATI’s Brackenridge mill spoke to the WSWS while conducting on the picket line. Like many workers at ATI, Joe feels extremely angry over the enormous amount of work he and fellow employees put into the company only to be locked out.

“It is a shame how corporate greed is trying to dominate the people and the society. I’ve worked almost 26 years, through good times and bad. The company would say, ‘Come and help us out, we want to reinvest in you. Help us by not asking for too much in the contract or freeze your pay increases.’

“We’ve done all that. We built this billion dollar plan with cash, and they are still in the black. When they first started this plant, they asked us to help them run this plant, they said they didn’t know how to do it. I as a crane operator came over and they said, ‘Run this crane as best you can.’

“And we did this for a year and a half, 12 hour days, 7 days a week, and they didn’t even give us a paper contract. We didn’t see anything in print. I was working here Friday morning and they said, ‘Make these last two lifts and we are putting you out.’

“They’ve told us in the past that we are the greatest workforce in the world. They looked at other countries, they looked at different parts of this country. And then they say we are not going to negotiate in good faith with you. That is disheartening. That is insulting.

“I know many of the maintenance guys, working 7 days a week, 12 hour turns for almost two years, just trying to keep the old place running while we build the new place. There is no thankfulness for anything they asked us to do. They tell us we are a team, ‘team ATI,’ But then they just cut the legs out from under us. We never got a chance to negotiate, they wouldn’t negotiate with us in good faith.

“It’s frustrating, and I know many of the workers feel that frustration. The disruption in your lives, like we are not supposed to have a life. The way we were working, it is hard enough to cut your grass.

“Now we are out of work. They are bringing in outside workers, even other union workers to do our work.

“We have to stand strong and hold together,” Joe said. “We are going to stick together and stay strong as long as we can to stay. All we are asking for is to make a decent living here in this country to take care of our families.

“I don’t see where the international [USW] is uniting the labor struggles in this country,” he added. “If you look at other countries, their labor movements seem to unite. When something happens, they say this is something that can affect all of us as a people. I don’t see that unity here. I hope to see it grow more, but there is definitely a big business aspect from the international standpoint, it is not taking care of us here in the workplace.”

Joe is a second generation steelworker. His father worked at US Steel until he was laid off. “My dad lost his job when US Steel closed one of their plants. He had almost 22 years in. We lived through that. I was a young kid then, with two brothers and a sister, and he had to feed all of us and take care of all of us. It was tough. We had to go on public assistance. He tried to work every job he could find. At 48-years-old, people weren’t going to hire him.

“Now, I’m faced with almost the same thing. I’ve got almost 26 years and I got two kids in college.

“We’ve created a country where people have rights. And people died for this, Fannie Sellins died just up the street, in the struggle against companies which were trying to abuse and misuse the workforce, the people who were making them wealthy and rich.

“I really hope that people who see this, understand that I’m not the only one, America is filled with good workers, people who come to work, give a good day’s work for their pay. There are great workforces throughout America, throughout the world for that matter. When the companies get so greedy that they want to take us back to slave labor, there’s an impasse. Sooner or later, somebody has got to stand up and say we just can’t go backwards in time so far. We can’t go down that road. We fought because we said back then is not where we should be, and we can’t go back to it.”