New evidence has emerged that challenges the official explanation of why Flint’s state-appointed emergency manager decided to end the city’s half-century practice of buying water from the Detroit Water and Sewerage Department (DWSD). While the move was explained as a cost-cutting measure, an April 2013 email surfaced this week revealing that DWSD officials offered to sharply reduce rates to Flint, with a potential cost saving of hundreds of millions.

With the approval of then-state treasurer Andy Dillon, Flint’s emergency manager rejected Detroit’s offer and decided to join a competing multi-county body called Karegnondi Water Authority (KWA), which had a multi-year plan to construct of 70-mile pipeline to link Flint directly to Lake Huron. The April 2013 decision set into motion the city’s switch to the highly polluted Flint River in April 2014, a move that was supposed to be temporary, until the pipeline was completed. 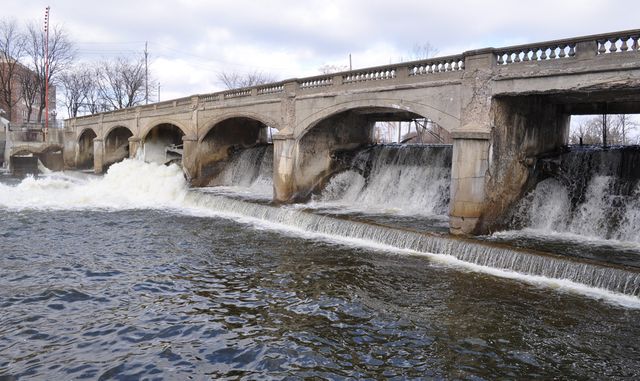 The highly corrosive water caused lead to leach from the city’s antiquated pipe system, resulting in the poisoning of city residents and irreparable neurological damage, particularly to thousands of children, which will have multi-generational effects.

Dillon made the “ultimate decision” to switch Flint from Detroit water, according to released emails from Governor Snyder’s office. While the former state treasurer claimed the switch to the Flint River was not linked to his decision, Snyder’s former chief of staff, Dennis Muchmore, recently told the Detroit News, “I think the Flint River was always part of the KWA plan.”

Earlier this week, Bill Johnson, the former public affairs director of the Detroit water system, released an April 15, 2013 email from then-DWSD director Susan McCormick. The email sent by McCormick to her board describes a proposal for an immediate 48 percent rate reduction from $20 to $10.46 per 7,500 gallons. “When compared over the 30-year horizon the DWSD proposal saves $800 million, or said differently—saves 20 percent over the KWA proposal,” she wrote.

The very next day—April 16, 2013—then Flint Emergency Manager Ed Kurtz, along with Genesee County officials, signed the agreement to join the KWA and informed the DWSD that they would stop buying its water by April 2014. Then-mayor Dayne Walling stated publicly, “This is going to be a great chance to start over. Flint and Genesee County are best served by joining this pipeline.”

On June 28, 2013, the much-publicized beginning of the pipeline’s construction was described by the state news web site Mlive.com as “a veritable who’s who of politicians, business leaders, chamber of commerce officials and state department heads gathered … to celebrate the groundbreaking.”

As early as March 2012 Dillon had met with Flint city officials to discuss switching from Detroit to KWA. A study by the engineering firm Tucker, Young, Jackson and Tull, which was commissioned by Dillon, found it was far more cost-effective to stay with DWSD. Their results were ignored, based on claims by Dillon that their numbers were wrong.

The decision to switch to the KWA despite potential cost-savings for Flint raises several questions about the real motivation of state and local officials for the move.

In the year before the April 2013 decision, Snyder and Dillon were deeply involved in the conspiracy to declare a “financial emergency” in Michigan’s largest city and set in motion the installation of an unelected emergency manager in Detroit who would throw the city into bankruptcy. In March 2013, using highly dubious estimates of the city’s liabilities—particularly in regards to pensions and other so-called legacy costs—Snyder announced an emergency and installed the new EM, Kevyn Orr, a partner in the Jones Day law firm.

There was ample warning that the Flint switch would have disastrous effects, from the warning by Oakland County officials that the loss of the city would result in higher costs for remaining suburban customers, to the warning of DWSD’s Bill Johnson, who said it would lead to the “greatest water war in Michigan’s history.”

Was the move part of a wider plan to privatize publicly owned water system and “monetize” the DWSD, which was viewed by private investors as the most valuable asset in the city of Detroit?

Attorneys at Washington, DC-based Jones Day had previously written on using the federal bankruptcy courts to overturn state constitutional protections for public employee pensions and city charters and other legal obstacles to the sell-off of public assets. Dillon, a former investment banker, played a key role in bringing in Jones Day to do just that.

In early 2014, Kevyn Orr made public that he had been actively seeking a buyer for the century-old municipally owned water system in Detroit for some time. Orr contracted Veolia North America (VNA), a branch of the massive French transnational known as the “world’s leader in water services,” to downsize DWSD, slash costs and maximize payments to the big bondholders who controlled the water department’s debt. This coincided with a campaign to shut off water to tens of thousands of residents behind on their bills.

It is noteworthy that in April 2011, two workers died and millions of gallons of sewage were dumped into a nearby river after a catastrophic mechanical failure at a wastewater treatment plant in Gatlinburg, Tennessee owned by the local municipality and operated by Veolia Water.

In February 2015, Flint officials hired Veolia to do a study of the city’s water. This was during the period when the city was in violation of the federal Safe Drinking Water Act because of excess trihalomethanes and E.coli in the water. Residents had been up in arms over the water quality since the April 2014 switch to Flint River water.

In March 2015, Veolia announced that the water met federal and state standards, echoing the lies of the Michigan Department of Environmental Quality (DEQ). VNA did not reveal the high lead levels, although the toxin had been flowing into the city’s water for 10-11 months without any corrosion control. Veolia’s recommendation was to use chemical treatments to alleviate complaints about the discoloration of the water.

Was the plan to turn KWA into a revenue-generating authority to funnel money to private companies and wealthy bondholders? In the 1980s and 1990s deindustrialized cities built casinos to cover a portion of their debts. Water has now become a major source of money for distressed cities like Detroit. Were the rate hikes and mass water shutoffs in Flint leading up to the crisis aimed at attracting private investors for a similar plan?

“Getting away from DWSD and getting towards a quasi-private operation was the idea all along,” Steve Paraski, a former DWSD Master Plumber, told the WSWS. “The KWA is just a front for Veolia North America and Veolia is a big-time Jones Day client.”

Speaking on the influence of Veolia on the DWSD operation, Paraski said, “The DWSD said they needed only 100 employees to function. With five 24-7 water treatment plants in the region, serving 4 million people, how is that possible?

“VNA was in on this. They said 1,300 civil servants were too many. But you really need that many to run the operation. How would they do this? With low wages and in-house training.

“Flint’s system has $500 million of future debt. Their water plant is over 100 years old and hasn’t been functioning for decades. Flint knew in the 1960s that their water plant was antiquated.

“So why did Flint leave? To create a crisis within the DWSD to enable the GLWA [Great Lakes Water Authority, the entity that currently controls what once were DWSD’s regional assets] to take over and eventually be run privately.”

President Obama, whose appointee at the Environmental Protection Agency was complicit in covering up the lead poisoning of Flint residents, has deliberately pushed for the privatization of essential social services, from public education to water systems. While handing trillions to Wall Street and the Pentagon, the administration has systematically starved states and municipalities of federal funding, forcing them deeper and deeper into debt. The administration then promotes “Public Private Partnerships” to begin the process of privatization.

The White House has provided an insulting $80 million to Flint under conditions in which a massive marshaling of resources is needed to provide children with lifelong health care and education. Weeks after Governor Snyder and Obama announced states of emergency not a single lead water pipe has been replaced in Flint. University of Michigan Earth and Resource Scientist Dr. Martin Kaufman is working with the city to create a database of 15-20,000 Flint homes that have lead service lines. Although more than 200 local plumbers are available to start the job of replacing the pipes, no one has called them, a plumbers’ union official said.