More e-mails have been made public showing that a year ago health officials were worried that the spike in cases of Legionnaires’ disease in Flint was connected to the use of the Flint River as a water source. When those concerns were communicated to Michigan environmental and health authorities, their response was to quash any public announcement that the city’s water was the source of the increase. 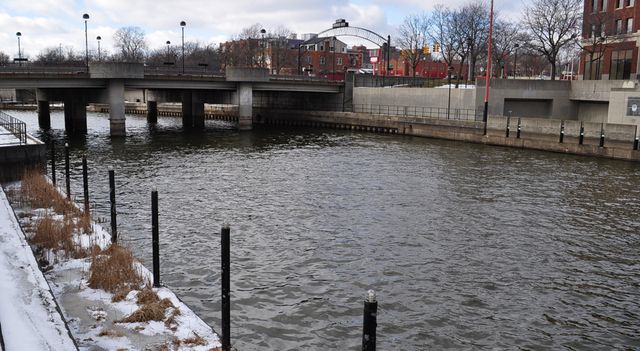 When the number of cases of Legionnaires’ disease spiked to 42 in 2014, from a normal yearly occurrence of between 6 and 13 in the county, Genesee health officials sought the collaboration of the MDEQ to investigate. The health officials were concerned that the spike would be compounded in the coming summer months, when the Legionella bacteria, which cause the disease, are the biggest threat.

The disease is a type of pneumonia that is transmitted through inhaling the airborne bacteria that grow in the water of air conditioning systems.

Shurooq Hasan, a Genesee County Health Department epidemiologist, wrote in a February 10, 2015, e-mail, “We have investigated a hospital as a potential source for the disease, but have expanded our investigation to include the city water supply.

“Of our 47 cases, 25 cases have occurred within the city water supply distribution system. No common links have been found between the cases. The majority of our cases are home bound immune-compromised individuals who have not traveled and are not readily mobile.”

Due to lack of cooperation from the MDEQ, Genesee County officials contacted the Centers for Disease Control and Prevention (CDC), a federal agency. On April 27, 2015, the CDC’s Laurel Garrison wrote, “We are very concerned about this Legionnaires’ disease outbreak. It’s very large, one of the largest we know of in the past decade, and community-wide, and in our opinion and experience it needs a comprehensive investigation.”

Garrison added, “I know you’ve run into issues getting information you’ve requested from the city water authority and the MI Dept of Environmental Quality. Again, not knowing the full extent of your investigation it’s difficult to make recommendations, and it may be difficult for us to provide the kind of detailed input needed for such an extensive outbreak from afar.”

In an example of the stranglehold put on local health officials, Michigan Department of Health and Human Services’ (MDHHS’s) Jim Collins e-mailed county health officials on June 8, 2015, taking them to task for communicating with the CDC without the state’s prior approval: “Relative to communications around the investigation, I believe that CDC is in agreement that their involvement really should be at the request of the state, rather than the local health department. To be clear, we do value the skills and resources of our CDC colleagues, but we also recognize that their involvement needs to have some structure. I want to reinforce the necessity that investigation communications from the Genesee County Health Department need to be directed to staff at the MDHHS.”

This, after months of stonewalling by Michigan health officials.

It was not until January 13, 2016—two months after finally switching back to Detroit water—that Governor Rick Snyder publicly revealed the Legionnaires’ outbreak. By that time, 10 people had died of the total of 87 cases of the disease recorded since the switch to Flint River water.

After the City of Flint ended its 50-year connection to Detroit’s water pipeline and switched to the polluted Flint River on April 30, 2014, public outcry over the foul water was almost immediate. Despite months-long violations of the federal Safe Drinking Water Act due to E. coli contamination and then to high levels of trihalomethanes, a by-product of overtreatment with chlorine, residents were told that their complaints of the smell, coloration and taste of the water were “cosmetic” and the water was safe to drink.

Since late 2015, a series of forced resignations and firings have occurred among high-level officials for their roles in covering up the public health dangers of the water from the Flint River. Evidence of unsafe levels of lead in the water emerged as early as February 2015.

Liane Shekter-Smith, the head of the Office of Drinking Water and Municipal Assistance for the MDEQ, was fired on February 5 of this year. She, along with Steve Busch, also of that division, had been suspended in October 2015, after the toxicity of Flint water was publicly admitted by Snyder.

On August 4, Shekter-Smith infamously bragged to Flint residents LeeAnne Walters and Melissa Mays in a meeting, that “Mr. Del Toral has been handled,” referring to the federal Environmental Protection Agency (EPA) Region 5 water expert who sought to bring the unsafe lead levels to the attention of higher-ups in the EPA. Also in attendance in the meeting were Steve Busch and Brad Wurfel of the MDEQ, who resigned last December.

The latest batch of e-mails adds further fuel to the political flames. There are continued calls for the resignation of Snyder and his aide Harvey Hollins, who was aware of the Legionnaires’ crisis almost a year ago. The Michigan state attorney general’s office announced Tuesday that its investigation may result in involuntary manslaughter charges against officials who carried out “misconduct in office.”

Meanwhile, the Detroit Free Press revealed on Tuesday that the CEO of the Karegnondi Water Authority (KWA), Jeff Wright, who is also Genesee County’s drain commissioner, served as an FBI state’s witness in a sting operation against Detroit Democratic Party operative Sam Riddle. According to the FBI, Riddle extorted “millions of dollars” in bribes while serving as Detroit City Council President Monica Conyers’s chief of staff from 2008 to 2009.

Wright hired Riddle to help get an “in” with the Detroit water system in order to purchase an unused portion of Detroit’s permit to pump water from Lake Huron, paying him $2,000 a month in consulting fees. At the same time, he was recording conversations between himself and Riddle for the FBI.

Usually, state’s witnesses are recruited in exchange for leniency or for dropping charges on prior offenses. In 2005, federal agents confiscated Wright’s financial documents for his 2000 campaign for drain commissioner as part of a money-laundering investigation. According to the Free Press, former Genesee County prosecutor Arthur Busch said he was unable to charge Wright with money laundering because of the federal statute of limitations.

The murky beginnings of the KWA project, which eventually garnered the approval of the Flint City Council, are an indication of the reactionary motivations of local officials to sever relations with the Detroit water system. On the face of it, the KWA pipeline project was irrational, as the pipeline from Detroit had more than enough capacity to continue delivering clean water to Flint.

The decision to make the switch was finalized during the 2013-2014 bankruptcy of Detroit, which was also used to restructure the city in the interests of the wealthy and tear up pension obligations for city retirees.