A critique of Europe’s refugee policy: On the Berlinale’s Golden Bear for Fire at Sea

This is the second in a series of articles on the recent Berlin international film festival, the Berlinale, held February 11-20, 2016. Part 1 was posted February 22.

The Golden Bear award at this year’s Berlinale went to Fuocoammare (Fire At Sea). For the first time in 60 years, a documentary film secured the top award in the competition. The jury thereby not only selected an artistically outstanding film, but also took a highly political decision, since the documentary deals with the refugee crisis on Lampedusa, an issue which is currently engaging millions of people and threatening to tear apart the European Union. 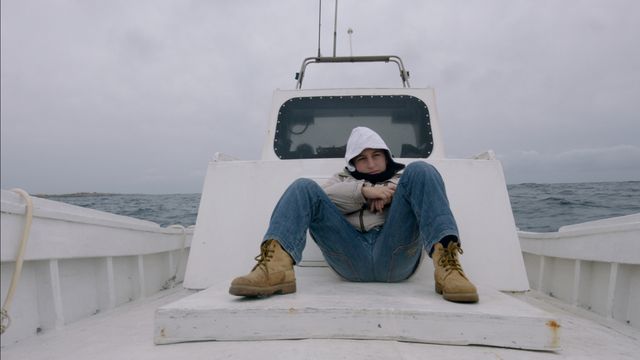 Fire At Sea is the title of an Italian hit song from the 1950s, based on the Second World War and the dangerous conditions for fishermen who went to sea during artillery fire.

Italian director Gianfranco Rosi focuses on a current war front: Europe’s border with the war-torn countries of the Middle East and North Africa—a region thousands of people flee from, and risk the dangerous journey across the Mediterranean Sea. 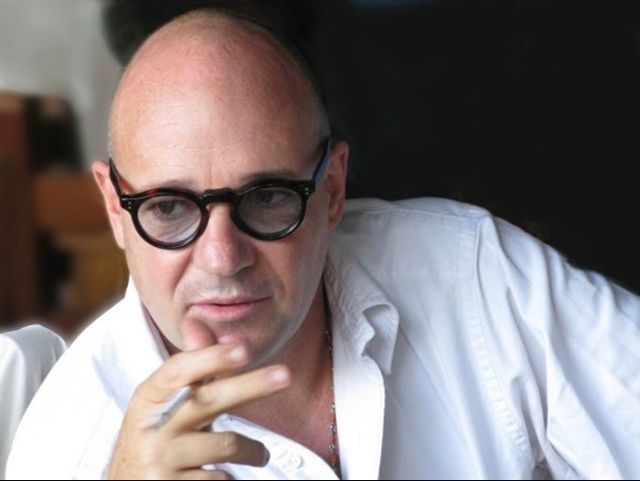 The Mediterranean island of Lampedusa has long been their point of arrival. Previously, the boats landed on the coast. But now the unsafe craft and smuggling boats are intercepted by the EU border protection agency Frontex at sea, and the refugees are isolated from the local population. Rosi’s film depicts two separate worlds living alongside each other.

He sensitively observes daily life on the island. Rosi spent a year on location to prepare his film. Can there be any normalcy at all on this island? The main protagonist is 12-year-old Samuele, a fisherman’s son. At first glance, his life appears undisturbed by the refugee crisis. He goes to school, does homework and wanders the island with his friends.

Samuele is bright and curious. He grows up with the sea, learning to row by rowing between two moored boats in the harbour. Most of all, he enjoys playing war games with his friend; they shoot with slingshots at birds or cacti in which they have carved faces, before carefully putting them back together with black tape. “Let’s stop,” his friend says. “You have already killed them all.”

From the coastal rocks, Samuele sees patrol boats going around the island to intercept refugee boats. Radio news broadcasts also report about them, and about the deaths. “Poor devils,” murmurs Maria, Samuele’s aunt, as she peels potatoes. She knows what it means to be at the mercy of the sea. Her husband, a fisherman, is like many others frequently at sea for long periods of time.

The camera shifts to a request show on a radio broadcaster. Maria has requested the song “Fuocoammare”. She dedicates it to her old father. She tells Samuele of his grandfather’s fear of fishing at night. It was the Second World War, and sometimes the sea was red.

Rosi experiences the other side of daily life when he goes offshore with the rescue boats. “What is your position?” is the typical question on the boat’s radio with which the film opens. On the other end of the line, a panicked voice can be heard, “Please help.” A refugee boat, full of women and children, is in the process of sinking. 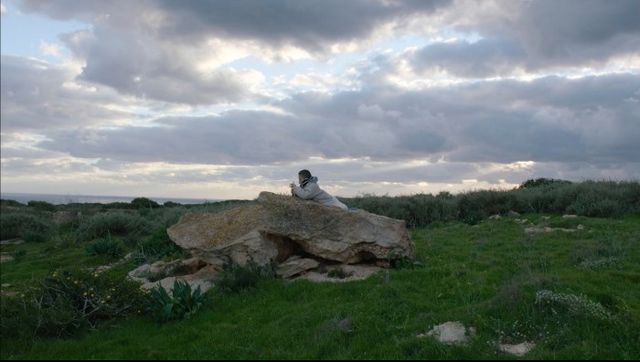 The camera takes in a rescue scene as sick refugees are loaded into a patrol boat, including a completely dehydrated young man who will perhaps not make it. The others get on board a navy ship. Men with masks and rubber gloves indicate one direction, and push people in another. They cry, “Mali here,” “Chad,” “Syria there.” They are registered, sorted, numbered and photographed, as if they are dealing with freight. A boy can no longer speak or hear, and his body shows signs of beatings. “Are you from Syria?” Frontex officials demand repeatedly from him. He is unable to answer.

Brought on land, men, women and children wait in the dark for first aid and further transportation. They are wrapped in shiny foil, the face of one fearful and apathetic, the other with a glimmer of hope. A group of Africans strike up a rap song telling of the trials and tribulations they have come through: hunger, waterless desert, sea, sickness and death. The loud singing is painful to the ear. At another point, they relax playing football: Eritrea against Syria.

In contrast, there are the humiliating searches by police officers, who complain about the smell of diesel emanating from the refugees. A lit match would set us on fire, complains one of the police officers.

Refugees have to refill the fuel during the journey, explains the island doctor Pietro Bartolo. This results in dangerous injuries, because the diesel and sea water becomes a corrosive substance when mixed. He shows Rosi the shocking picture of a 14-year-old, whose body shows signs of chemical burns in several places.

The doctor, who cares for the locals, including Samuele, as well as the refugees, is a link between the island’s inhabitants and the refugees. The camera is present as he examines a woman bearing twins with an ultrasound scan. Bartolo is alarmed when he cannot find the head of one twin. He remarks, “Everything is all over the place here, legs, arms, head—no wonder with all they had to go through.”

It is particularly difficult for the doctor to examine the many bodies: dead children or dead pregnant women, or women who die on the boat immediately after giving birth. Colleagues believe he is used to it now, Bartolo says. But that is impossible. At the awards ceremony in Berlin he sharply criticised the EU’s refugee policy.

The director also indicated his shock over his experiences with the rescue missions. He said in an interview, “We are currently experiencing a human tsunami, around 60 million people are fleeing around the world from war, hunger and misery. They cannot be contained with fences and walls. … Europe cannot barricade itself off.”

At the conclusion of the film, he directs the camera to dozens of intertwined dead bodies on the bottom of a refugee boat. “After that I could not continue to film,” said Rosi. With this picture, he wanted to document what happened. “What would it have been like if cameras were present during the Holocaust?”

The life of young Samuele is only seemingly separate from those of the refugees. The director noted in an interview that much became “a regular metaphor for mine, for our perception of the refugees.” An example is the glasses with which the doctor instructs the young boy to cover his right eye. He has to train his “lazy” left eye, Bartolo says. This refers to those who, confronted with the refugee tragedy, remain blind in one eye, according to the director.

When Samuele develops a stomach bug and is sick during a boat trip with his father, the father advises his son to train his stomach by standing on the swaying jetty. The doctor’s diagnosis is that it was fear. Samuele begins to become aware of his environment, the director explained. “For me, that was a good picture of our relationship to the current situation.”

The end of the film shows Samuele on a swaying jetty, with an imaginary machine gun firing wildly in the air. This conclusion, and the film as a whole, is fulfilling. It is not only a criticism of the EU’s inhumane policies on the borders, but it also raises the issue of the causes for this drama. Without referring to the wars in Syria and North Africa by name, they are present.

But here, the film remains vague and avoids taking a position. The European powers are exploiting the refugee crisis to intervene militarily themselves in the name of “combatting causes of flight”. They are not concerned with “human rights”, but in participating in the scramble for raw materials and strategic advantage. The refugee tragedy threatens to expand into a global war and a catastrophe for humanity as a whole.

The frenetic applause from German foreign minister Frank-Walter Steinmeier at the awards ceremony for Fuocoammare, and Italian Prime Minister Renzi’s announcement that he would distribute a DVD of the film at the next EU refugee conference, should be taken as warnings.