Colonia: Under Pinochet, a disposal center for enemies of the state

The article is based on coverage of the 2015 Toronto International Film Festival.

German director Florian Gallenberger’s political thriller Colonia opens this weekend in the US. This is a disturbing film that deserves an audience.

Colonia takes place during and after the US-backed Chilean military coup in September 1973. Lufthansa flight attendant Lena (Emma Watson) is in Santiago to visit her boyfriend, Daniel (Daniel Brühl), a militant supporter of Salvador Allende’s Popular Unity government. When Allende is overthrown, General Augusto Pinochet’s forces round up thousands of people. Daniel and Lena, who are caught taking photos of the brutal sweep, are among those picked up. 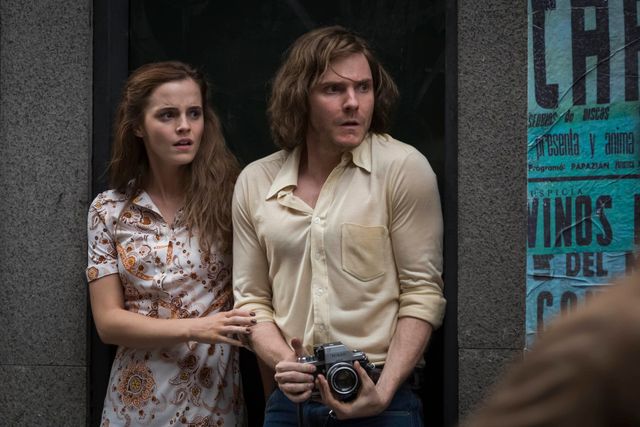 In the national stadium filled with political opponents of the dictatorship (40,000 people were held there), Daniel is identified by a hooded informer as a poster-maker for the Allende camp. While Lena is released, Daniel is taken to a compound in the south of the country, called Colonia Dignidad (“Colony of Dignity”). It is home to an evangelical cult run by psychopath, pedophile and pro-fascist Paul Schäfer (Michael Nyqvist), which uses the cult followers as slave labor in the production of poison gas and weapons for the Pinochet regime. The compound also serves as a disposal center for enemies of the state.

Colonia’s underground tunnels and chambers are used to interrogate and torture dissidents like Daniel, who is brutalized and then handed over to Schäfer. Pretending to be brain damaged, Daniel is under less scrutiny and therefore able to figure out how to escape. Unbeknownst to him, Lena has traveled to Colonia and joined the cult in order to rescue him. For some 130 days, Daniel and Lena, who finally meet up, must endure the tyranny and perversions of Schäfer. Even if an escape is possible from the electric fenced-in, dog-guarded Colonia, there are vested interests, from Pinochet to the Germany embassy, determined to prevent Schäfer’s hellhole from being exposed.

A fictionalized version of actual events, Colonia brings to light the appalling story of Schäfer, who was born in Germany in 1921 and eventually joined the Hitler youth movement (and reportedly attempted to volunteer for the SS). After the war, he set up a religious-based orphanage until he was charged with molesting two children. He fled Germany in 1959 and ultimately emigrated to Chile with a group of his supporters, where he set up the Colonia. After the end of the Pinochet era, his crimes were gradually revealed. Schäfer was jailed for child sexual abuse in 2006 and died four years later. 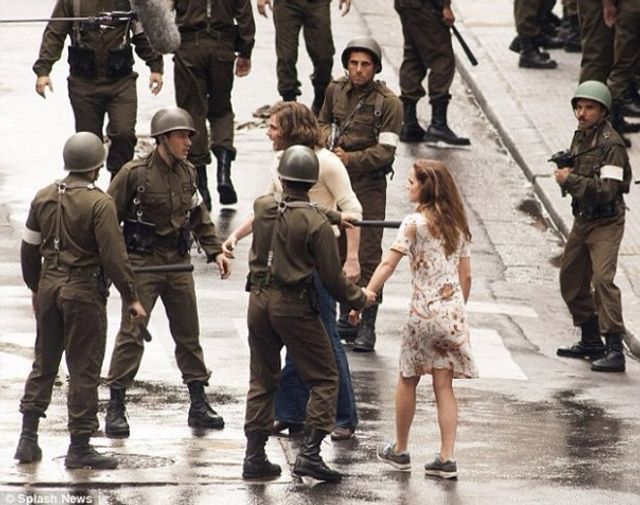 A lengthy September 2008 article, by Bruce Falconer, in the American Scholar, “The Torture Colony,” provides many grisly and revealing details. Falconer first notes that in the months following the September 1973 coup in Chile, some 45,000 people were arrested and taken to detention centers for interrogation. At least 1,500 were summarily executed.

According to Falconer, Schäfer’s principal contribution to Pinochet’s operations “came in the instruction of DINA agents in the science of torture.” One survivor, Luis Peebles, described Schäfer’s participation in and supervision of his agonizing torture by electric wires attached to every part of his body. Based on the testimony of Peebles and other survivors, Amnesty International produced a 60-page report in 1977, “Colonia Dignidad: A German Community in Chile––A Torture Camp for the DINA.” Schäfer’s legal efforts managed to block the release of the report until 1997.

Falconer explains: “Contract torturing was not the worst of Schaefer’s collusion with the Pinochet regime: executions, perhaps of entire groups of prisoners, were sometimes carried out. … In truth, no one knows how many people were killed inside Colonia Dignidad. One former colono recently told Chilean government investigators that, on Schaefer’s orders, he once drove a busload of 35 political prisoners up into the Colonia’s wooded hills and left them in an isolated spot by the side of a dirt road. As he drove back down alone, he heard machine gun fire echoing through the forest. No bodies were ever recovered. … All that seems certain is that many of the prisoners who went into Colonia Dignidad were never seen again.” 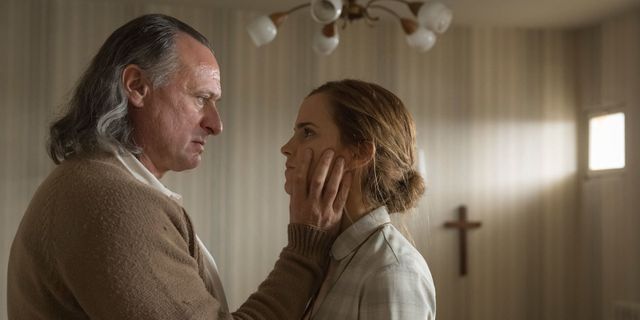 Of note is the fact that Michael Townley, a professional assassin who was the primary liaison between Colonia Dignidad and the Pinochet regime, was an American CIA agent, who also served as a member of DINA, and assisted in the military coup that ousted Allende. Townley designed the torture chamber at Colonia Dignidad and participated in biological experiments on prisoners there. In 1976, he was convicted of the murder of Orlando Letelier, former Chilean ambassador to the US.

Swedish actor Michael Nyqvist as Schäfer is chilling in Gallenberger’s well-made, heart-pounding piece. The movie offers an up-close look at the torture chambers and human filth like Schäfer, who began with the Nazis and ended up a creature of the CIA.

Regarding the overthrow of the Allende regime, Henry Kissinger, US Secretary of State at the time, infamously remarked that “I don’t see why we need to stand by and watch a country go communist due to the irresponsibility of its people. The issues are much too important for the Chilean voters to be left to decide for themselves.” Instead, he helped give them torture and brain-washing factories run by lunatics.

Art as the Cognition of Life