Portrait of the social crisis in America: Rockford, Illinois

Ninety miles northwest of Chicago sits Rockford, the third largest city in Illinois. Like many former urban industrial centers spanning the upper Midwest of the United States, Rockford belongs to the American “Rust Belt.” After decades of robust industrial and manufacturing output, the city has seen a large decline in jobs, a decay in infrastructure and a rise in unemployment and poverty.

Officially chartered as a city in 1852, Rockford initially grew on the basis of its connection to Galena, at the time a major manufacturing center in Illinois, and the Chicago Union Railroad. According to an article entitled History of a “Rust Belt” City published on museumofthecity.org, Swedish furniture collectives in the 1880s marked the beginning of the ascent of Rockford as an industrial center. During the first half of the 20th century, Rockford was transformed into the second largest furniture manufacturing center in the United States. At the same time, thanks to its auspicious location in a highly productive agricultural area and its direct connection to Chicago via rail, Rockford developed a manufacturing base focusing on the production of agricultural machinery. 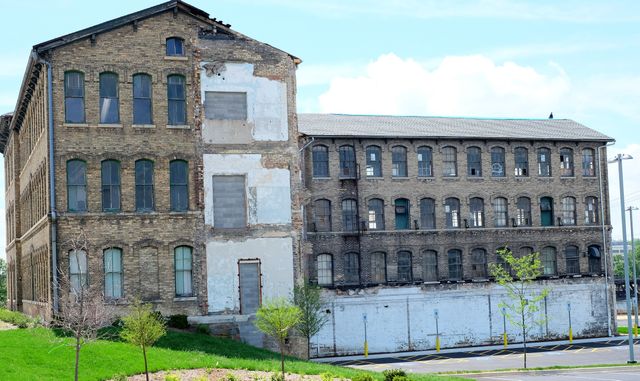 As the 20th century unfolded, Rockford’s industry diversified from agricultural products to machine tools, heavy machinery, automotive products, fasteners, packaging and even aerospace. Its position as a major industrial hub made it attractive to immigrants looking for jobs and economic security. Rockford’s mostly Scandinavian settlers were joined by Italians, Eastern Europeans and African-Americans relocating from the South as part of the “Great Migration.” They would later be followed by Asian, Latino and other ethnic groups.

As World War II ended and America experienced a post-war boom, the country’s infrastructure expanded. Roads and freeways etched their way throughout the country. In Rockford, these roads had a permanent impact on the layout of the city. Divided into eastern and western halves by the Rock River, which bisects it, Rockford had experienced relatively equal growth on both halves up to the 1950s. However, the construction of Interstate 90 just beyond the eastern part of the city shifted the balance and conditioned all future growth and development.

Rockford’s western area has seen very little growth in the past few decades and has become racially segregated, with most of the city’s African-Americans and Hispanics living there. Abandoned industrial buildings are scattered throughout both halves, but Rockford’s southwestern section has seen the most neglect and now comprises the city’s most impoverished neighborhoods. 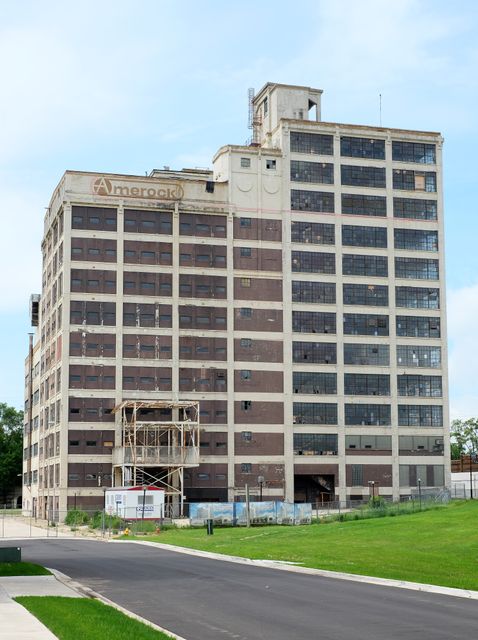 The development of technology and industry led to a more auto-centered lifestyle. As a result, many industrial buildings in the center of the city fell into disuse. Some are still standing today as industrial fossils. Structures such as the 13-story Amerock building, as the History of a “Rust Belt” City article notes, “ became impractical as the central location did not have sufficient surface parking to accommodate employees, meaning, like many companies, they relocated out of the area or to newer facilities on the edges of the city.”

As in other parts of the country, especially those regions centered around manufacturing hubs such as Detroit and Chicago, the post-war boom provided a higher standard of living for workers in Rockford. But with the globalization of capitalist production in the latter part of the 20th century, the process of deindustrialization engulfed cities such as Rockford.

The 2008 crisis dealt a devastating blow to Rockford’s working class. The official unemployment rate in 2010 reached a peak of 19 percent, and nearly 30 percent of the city’s population fell below the poverty line at one point.

Presently, the poverty rate for African-Americans is 43.3 percent. Part-time workers have a poverty rate of 32.2 percent. For black men between 20 and 24, the unemployment rate is 70 percent. In the absence of stable jobs, many young men turn to drugs, alcohol and crime. 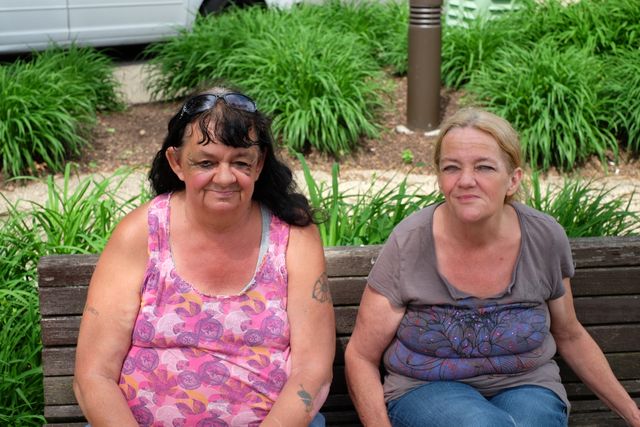 Two residents of the Luther Center housing complex in Rockford spoke to a WSWS reporting team.

“A lot of people are out of work,” one said. “There are a lot of homeless. There aren’t any jobs here.

“It’s getting worse. There’s too much crime. We see it all the time on the news. It happens everywhere in Rockford. Not just the West Side. It happens in town as well.”

The official unemployment rate dropped to a post-recession low of 6.9 percent in 2015 and has since steadily climbed back up, reaching 7.6 percent in March of 2016. There are currently nearly 12,673 people officially unemployed. As in many other parts of the country, however, the dip in the unemployment rate in Rockford is largely due to a fall in the labor force participation rate: workers are disappearing from the work force (moving away, retiring or no longer looking for work). In 2015, according to Labor Department data, Rockford was one of 20 metropolitan areas in the country where unemployment fell because the work force shrank. Greg, a worker who grew up in Rockford, told a WSWS reporting team, “I work in Madison even though I live here because there aren’t any jobs here. I drive 50 miles a day. Nothing is getting better.

“I noticed when I was getting a little older how bad things were getting. It’s poverty. When I was young, I didn’t know that. Things ain’t the way they use to be. When you have no jobs and no opportunity, what else is there to do? You go down the wrong road.

“Some kids turn out good, [but] the majority of them end up in the streets and in jail. And you have to live with those consequences and the decisions you make because of poverty.” 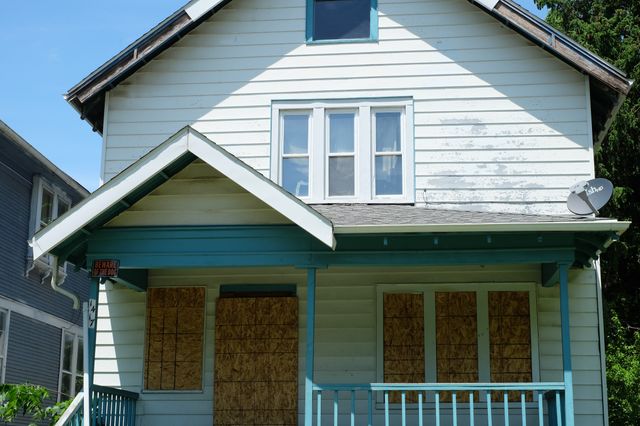 A home in Rockford

Asked about the current presidential candidates and the never-ending wars being waged by the US across the globe, he commented, “They’re all going to do the same thing. I thought it would be good when Obama got into office. He was supposed to make positive change, but it wasn't. Your country cares nothing for you, why are you dying for it?”

The WSWS team visited the Shelter Care Community Soup Kitchen in the northwest part of downtown Rockford, where it spoke to two residents, a woman who went by the name of Ms. Megan and her friend Gayle.

“The truth is, down here, from the mayor on down, there is so much crime, including the police department,” Gayle said. “The judges, the attorneys, they’re doing the crime. The community is going to keep being the way it is.” “People are living under bridges and in abandoned buildings,” she added. “Meanwhile, the banks are charging $7 a day for overdraft fees. By the time they take $7 a day, you ain’t got any income left. They stuck me with a $39 fee. They’re robbing the disabled and poor. It’s highway robbery.”