The World Socialist Web Site spoke with immigrants and their families throughout Los Angeles, California on Saturday about the US presidential elections, the June 19 massacre of striking teachers in the Mexican state of Oaxaca, and living conditions for immigrant workers in the US.

There was a unanimous consensus that the whole world has been enveloped by a profound political and social crisis marred by war, inequality and mass police repression against migrants. There is broad hatred for corruption and violence exercised by the governments of Latin America aimed at enforcing social inequality.

Almost all were unfamiliar with socialism and, while a minority of people expressed a pessimistic viewpoint, there was wide receptiveness to the Socialist Equality Party’s 2016 presidential campaign and a general agreement that the working class needed a political party of its own.

Four young people spoke to the World Socialist Web Site at MacArthur Park, located in a predominantly Central American area. One of the young women, Claudia, was a recent arrival from Oaxaca and has been following the situation in her home state. She said she opposes the so-called education reform of Mexican President Enrique Pena Nieto. 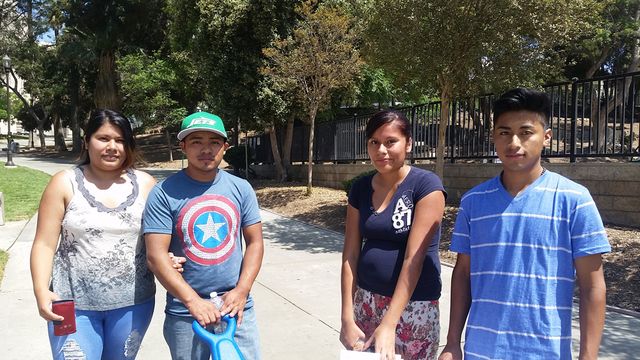 “Things are very ugly there,” she said. “The reform law is aimed at privatizing the school system and they want to make public school available only to people with money. Right now parents and teachers have to pay for everything. We have to fight against the law.”

Claudia explained that she was employed in Mexico as a cleaner and was paid the minimum wage of 70 pesos per day (US$3.78). “The reforms the Pena Nieto government has implemented have cut social services for the poor,” she said. “Mothers and babies can no longer get help for food. Many families have nothing to eat.” Claudia added, “We are supporting MORENA against the law.”

WSWS reporters explained the role of the MORENA party as a bourgeois party aimed at blocking an independent movement of the working class and tying it to the Mexican state. Claudia agreed that the Mexican government is always “robbing votes,” and that politicians say whatever necessary to get elected.

Claudia’s friend Joanna has been living in Los Angeles for some time, and explained that five people live in a single room apartment, and that rent costs $1,000 per month.

“The situation in Mexico is very bad, but here we don’t have enough money,” Johanna said. “The rent just keeps going up. And here in the US we don’t know who to vote for because nobody helps immigrants.”

Vincent, a young US citizen from a Salvadoran and Mexican family, wanted to talk about the recent spate of police killings and the attack in Dallas. “What’s going on here with the killings in the United States is crazy.” 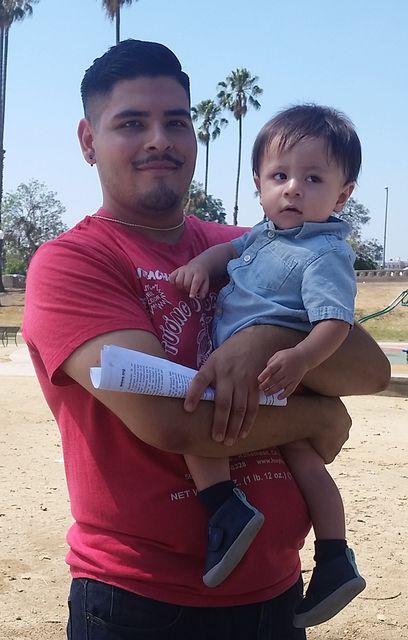 Vincent said he voted for Bernie Sanders in the California primary. “There’s going to be a change,” he said. “We’re leaning toward a revolutionary change.” Vincent was with an elderly relative who disagreed with him. The woman, who did not want to give her name due to fear of reprisal by police or other authorities, said the world would always be divided between rich and poor and that all that was left was to pray.

Later in the discussion with Vincent, however, the elderly Salvadoran woman grew animated and explained that she had worked her whole life cleaning the floors of the rich in the wealthy beachside resort towns of Santa Monica and Rancho Palos Verdes.

She was resentful of her employers, who treated her poorly and refused her the right to take a break to eat. The woman showed reporters calloused and bent fingers from years of scrubbing and cleaning. She had escaped El Salvador in 1981 during the first years of the Civil War.

Aurora Mendoza is a mother who was a farmworker in Puebla, Mexico, making the minimum wage there. Now that she lives in the United States, she makes the California minimum wage of $10 per hour.

“Work was very hard in Mexico,” she said. “We would work in the fields. Here at least we work in the shade, but all we do is pay the rent, the babysitter, food, bus fare. There is very little left over at the end. The situation in Mexico is very ugly, the government doesn’t do good things for the people; it only helps the rich and not the poor. It’s the same here with the US.”

Aurora said she did not believe that Andres Manuel Lopez Obrador, leader of MORENA, represented a working class opposition to the PRI (Institutional Revolutionary Party), PAN (National Action Party), or PRD (Party of the Democratic Revolution). “Lopez Obrador promises much but he doesn’t do anything,” she said.

The WSWS also spoke with an older worker, Salvador, who was originally from El Salvador. Salvador was a small-business owner who has had a difficult time paying for high costs of living in the US. “This world needs a cleaning. It needs to be entirely rebuilt. Wherever you look, people have no education, they have to work like pack mules to raise their children, pay the bills, pay for the phone, pay for food.” 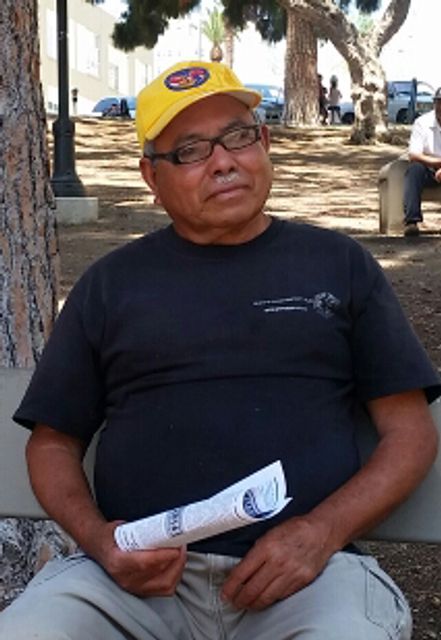 Salvador volunteered his opposition to US imperialism and its impact in Latin America and around the world. “Look at what the US did when Honduras and El Salvador went to war against each other in the 1960s. They gave money to everyone, made them fight amongst themselves, and then tried to take all the money.” Salvador was pessimistic and believed the white ruling class in the US was controlled by free masons. “The whole world needs a total change. Do you think people will realize that someday? Nobody has any education.”

At a swap meet near Los Angeles City College, the WSWS spoke to Lilia Jimenez, from Guadalajara. “The political parties don’t work for the people, they are only for the rich,” she said. When asked about the disappearances of the 43 student teachers in Ayotzinapa, Guerrero in September 2014, Lilia said, “They are not finding those responsible. The government is washing their hands of it.”

She added, “The rich need to give more. Actually, we need to take it. And it doesn’t matter what race you are, I’m for equality.”

A young Guatemalan construction worker said he was currently living in a single room with six other people. He makes the minimum wage and was glad to hear the Socialist Equality Party was running Jerry White and Niles Niemuth for president and vice president. “Good, because we need to live better,” he said.