“We are suffering, struggling, and they’re getting richer and richer”

Supporters of the Socialist Equality Party campaign of Jerry White for president and Niles Niemuth for vice president spoke to workers in south Chicago on Saturday. Both the city’s South Side and large portions of the surrounding south suburbs have large African-American working class populations, and have experienced decades of job losses and growing poverty.

Some of the highest suburban Chicago youth unemployment rates are found in Southern Cook County, immediately south of the city. Over 40 percent of youth between the ages of 20 and 24 were neither in school nor working as of 2014, and unemployment rates among this age group ranged from 45 to 65 percent, according to a report released in March by the University of Illinois at Chicago’s Great Cities Institute. The south suburbs have suffered severely from the 2007-2008 housing market collapse. Between 2005 and 2010, median house prices there fell by 40 percent, accounting for inflation, according to a Chicago Tribune analysis of data from the housing research firm Metrostudy. Some suburbs have seen their median house prices fall by over 60 percent, including Calumet City (62.0), Blue Island (65.0), Steger (67.0) and Markham (68.0). In Markham, the median home price was just $44,000 last year, down from a high of almost $140,000.

Reflected in these numbers are the bitter experiences of large swaths of the population who have seen their living standards plummet during the eight years of the Obama administration’s pro-corporate policies.

SEP campaigners encountered a desire for substantial change and an interest in socialism among those they spoke to Saturday. Many expressed disgust at the two presumptive candidates, Hillary Clinton and Donald Trump, and disappointment that Bernie Sanders, the self-described “socialist,” had endorsed Clinton. 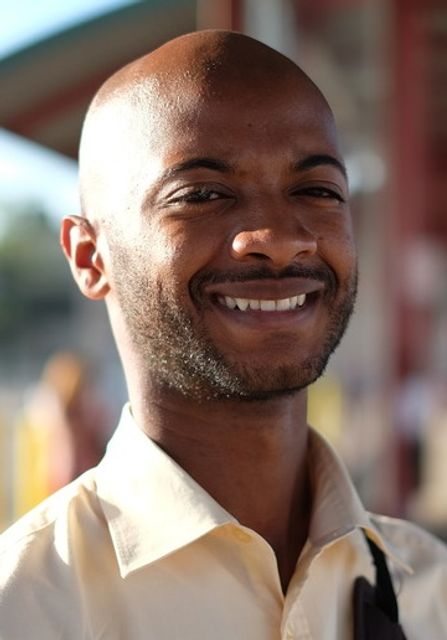 At a transit center in the southern suburb of Harvey, SEP supporters spoke to Lance, a pharmacy student at Chicago State University (CSU). CSU was forced to lay off a third of its staff and end its spring semester early this year due to the attacks on public education by Republican Governor Bruce Rauner and the Democratic-controlled Illinois legislature.

“Rauner pretty much screwed us over to try to push his political agenda through. If he’s not getting his way, he’s trying to hold hostage the funding of higher education needs. It’s all about the numbers, and he doesn’t see the people that he’s affecting.

“Undergraduate students weren’t able to get MAP [Monetary Awards Program] grant funding from the state of Illinois, so we lost those students. And if they’re not in school, what are they going to do? Give up and try to go back to work at minimum wage? You have students who want to succeed, but they’re just given the bare minimum, so they have to get a LINK card [for food assistance], or public aid.

“I just finished a rotation at an independent black-owned pharmacy, one of the few on the South Side of Chicago. I learned a lot there; I learned about how Walgreens and CVS, since they have so much control over the market, and with Walgreens buying Rite-Aid, it’s almost like they’re a monopoly. Even though they’re different companies, they all have the same interests. I don’t know if they’re sitting behind closed doors, or meeting secretly, but all of them are pretty much on the same page.

“Why would you make health care a for-profit system, when it’s supposed to be a service? They teach us in school that health care is a service, to do what’s best for the patient. But I work for a corporation where they put the dollar first. Patients go into debt for health care, and can’t ever get out of it.”

When asked about his thoughts on the elections, Lance said, “We don’t have any good options. What happened to Bernie Sanders? It seems like he just caved in to what he was against. So that’s how it works? He was my hope for the future, but when he endorsed Clinton, it’s like going back to what we already had, so I don’t know what’s going to happen now.

“Hopefully we come up with a strategy and a plan for change, because I don’t want to grow old and have it still be the same.”

Rhana, who grew up in Harvey, said,“If you’re looking for a job you basically have to go out of the community. It’s crazy because you don’t really have any opportunities out there. Things have been stagnant. The neighborhood I grew up in, most of the houses there are abandoned, vacant. You go out there and there are blocks and blocks of homes that been foreclosed, mostly abandoned houses. The businesses out here don’t last long.” 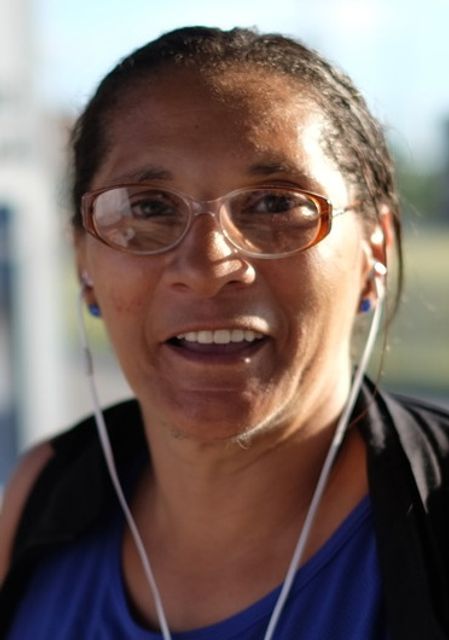 When asked what she thought about the current presidential elections, she replied, “I don’t even know if I’m going to vote. There’s so much going on that it makes people discouraged. Who’s to say that our vote is going to be counted? Who is to say that the person we vote for is going to do the things he said once in office? How can we trust the government? They want to spy on our lives. They got us where they’re monitoring us, but they’re the ones that need to be investigated the way I see it. They need to be held accountable for what they’re doing to us.

“Obama bailed out the banks but what about the poor people? The lower class, the people less fortunate than I am? Because there are people suffering worse than I am right now. They don’t have food on their table. They don’t have clothes on their backs, and they’re struggling to make it. And you think the government cares about them? No they don’t. It’s about having control and power over us.

“They’re saying equal rights for all men, but why don’t we have equal rights? Why can’t we have the freedom to go where we want to go? Have the job that we want to take care of our families? When families are suffering and really hurting, trying to make a living, they want to pay us $8, $10 an hour, and look at the cost of living! And the recent increase in Chicago’s minimum of $13 is still not enough. We are suffering, struggling, and they’re getting richer and richer off the backs of people.”