Stephen, an international student, attended the SEP’s Sydney meeting. “I came to gain more knowledge about what is happening, to hear your analysis. I wanted to know what program your party had for the working class,” he said.

“China and the Philippines are in conflict over territory but the Philippines government is being supported by the US. I know that China is not a socialist country. The Chinese ruling regime only care about their own interests, not those of the workers. The question is how is war to be prevented? It’s a complex issue. Workers need to unite. Capitalism is against the interests of the working class.

“The current conflict between the US and China is the result of the breakdown of the post-war mechanisms, the collapse of the Soviet Union and the decline in the US economy. In the latest global financial crisis, the government didn’t want to admit that economic problems were the outcome of a crisis of capitalism. They said it was caused by other countries not wanting to trade with China and also because of terrorism.” 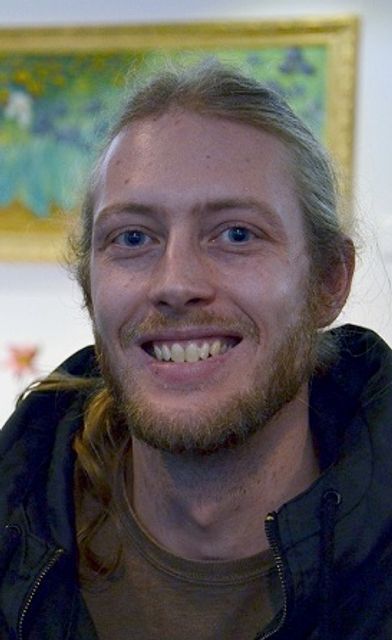 Liam, 32, is a mechanic. “The urgency of what you have been saying has really pressed on me because capitalism is destroying the foundations that the working class has built up over the past 100 years,” he told the WSWS in Sydney.

“I used to think I could have my thoughts but it wouldn’t have any effect in changing consciousness because of the historical baggage communism has, but it is a lot easier now with capitalism’s crisis coming to a head.

“When I first read the Communist Manifesto it really fired me up. I’d never read anything so inspiring! That was because when I was a student I always loved history, but I never had a conception of different epochs in history.

“I’m pretty worried about a war with China and against other members of the working class. I don’t want to see that. I want a peaceful society, so stopping war is pretty urgent. But we need to make sure that there are no conditions for war in the future. We can protest, but if the conditions for war remain, then there will be a war.

“History has shown that America has used nuclear weapons in the past. So you can hope as much as you like that they won’t do it, but when they have the capabilities and the desire to maintain their hegemony over the world, then it might come to this whether people want it or not.”

In Brisbane, Oleg, a young translator, said he attended the meeting in order to find out more about the party after receiving regular emails from the SEP for several years.

“What I heard was pretty good,” he said. “I agree with the general observations made. This was my first time coming to a meeting like this. I was interested to hear what your party had to say about the events taking place.

“I sort of knew the story before and I was aware of the financial breakdown since 2008, but what struck me about the meeting was that there was a clear connection by the speakers to history, and I agree with that approach.

“It was refreshing to hear other people who can see the big picture more clearly. I just wish there were more of us. It’s time to spread the ideas under the banner of the Socialist Equality Party.”

Sue, a Melbourne nurse who voted for the SEP, said: “I found a flyer in my letterbox in the Wills electorate. It was just pre-election and I just thought ‘wow, what is this crowd all about?’

“I grew up Labor, with mum and dad Labor, but I had gone Greens the last few years. Actually I was disillusioned. I thought, I’ll have a look at other candidates here. I read your flyer, and it just rang true. It makes a lot of sense.

“Labor and the Greens are all blending into one—sounding the same—too much to the Liberal side of things... You get rid of all of them and then there’s just another idiot. It’s the power and the greed. What you say all makes a lot of sense. Now I need to do a lot more reading.”