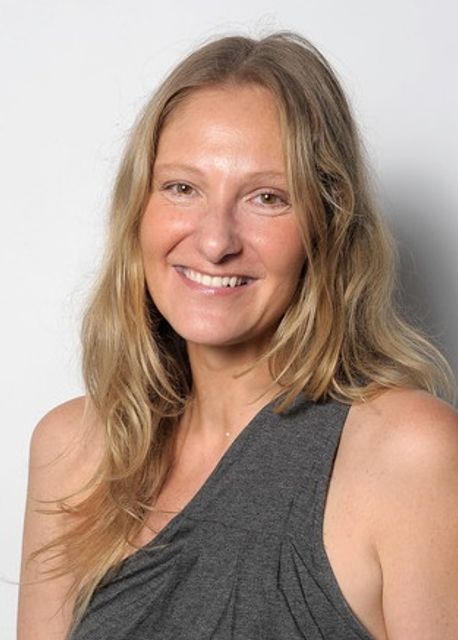 In 2013 Orner directed The Network and her production credits include, Untold Desires, Strange Fits of Passion, The Human Behavior Experiments and Gonzo: The life and work of Dr. Hunter S Thompson.

In 2008, she won a Best Documentary Feature Academy Award for producing Taxi to the Dark Side, about the murder of a taxi driver at the US’s Bagram Force Air Base in Afghanistan. It lifts the lid on the Bush administration’s use of torture, rendition and other illegal measures following the 9/11 terror attacks.

Richard Phillips: You’re been based in the US for several years. Can you explain why you decided to make a film about Australia’s asylum seeker policies?

Eva Orner: I’ve been living in America since 2004. I left Australia with the Tampa incident still very firmly in my mind. This was in 2001, when the Howard government stopped a boat-load of Hazaras fleeing the Taliban in Afghanistan from landing in Australia.

Howard was facing an election and it looked like he was going to lose so he very shrewdly played the anti-refugee political card. He stood up and said they’re not coming into Australia and he broke the Refugee Convention to which Australia is a signatory. Those people ended up in Nauru and shortly after that the Pacific Solution started.

In 2007 I was living in New York and I stayed up all night with friends watching the Australian election results. We popped champagne when the count was closed and [Labor leader] Rudd was elected. But within a short time the new Labor administration was doing the same as Howard.

The treatment of refugees is deeply personal to me because I’m Australian first generation. My parents, who were born in Poland in 1937, were Jewish. Three of my four grand-parents perished in the Holocaust so I take the Refugee Convention very seriously. It was, as is explained in the film, the world’s apology for what happened to the Jewish people in the Holocaust.

Australia was one of the first signatories to the Convention but for 15 years it has been rejecting it in a most aggressive and harsh way. Australia is committing major human rights violations in its treatment of asylum seekers.

The Labor government said that anyone who arrives in Australia by boat will never live here and then in 2013 [Liberal Prime Minister] Tony Abbott began the boat tow-backs. If you’d told me in 2001 that in 2014 Australia was still violating the Refugee Convention I wouldn’t have believed it.

When I would speak with my friends in Australia, who are smart and educated, their lexicon included phrases like “illegal asylum seeker”—such a thing doesn’t exist—and “queue jumper”—there’s no such queue. I was shocked and decided I had to do something about it.

Of course, I didn’t realise how hard this film would be to make. It’s a film about places you cannot go to, people you cannot talk to, and if people do talk to you about what’s going on in these detention centres they can be jailed and now I’m implicated. Chasing Asylum is the most difficult, disturbing and upsetting film I’ve ever made but I’m very glad we did it.

RP: Even more difficult than make Taxi to the Dark Side?

EO: Yes, because it is my story. I’m incredibly proud of Taxi and it is still relevant today. I remember saying in 2006 to Alex [Gibney], “What if Guantánamo closes before we release the film?” It is now 2016 and Taxi is still relevant. No matter what happens with Chasing Asylum it is a witness, a testimony to say we knew what was happening but we did nothing about it.

RP: You say “we” but Australia’s repressive anti-asylum seeker policies do not have mass popular support.

EO: Well they do. We keep voting in governments that implement these policies. There’s no alternative although you can vote for the Greens.

RP: But the Greens were responsible for maintaining the minority Gillard Labor government in power, which maintained and expanded Canberra’s anti-asylum seeker policies.

EO: I don’t want to go into an overly political debate about this. I think that our politicians have failed us. [Liberal Prime Minister]Turnbull and [Labor leader] Shorten are beyond culpable for what is happening in the detention centres.

People are dying in these camps, people are self-immolating, women and children are being sexually abused, and these politicians are saying “let’s not get misty eyed about the asylum seekers.” Immigration minister Dutton went on a racist rampage the other day calling refugees illiterate and Turnbull said that he was “doing a great job.”

Australians have to know what’s going on and stand up against it, that’s why I made the film. I’m inviting all Australians to give me 90 minutes of their time to watch this film about places and things you’re not allowed to see.

Everyone should then ask themselves: “Do you still think the treatment of these people is fine?” And even if they agree with these policies they need to know how much money is being spent to lock up these people. The government spends $1.2 billion per year to keep these people in these horrendous conditions. This is absurd.

The amount of self-harm going on in Nauru has now reached such a state that the Nauru government has made it a criminal offence to commit self-harm. You can be an asylum-seeker in Nauru for over a thousand days—as many people have—but if you try to end it all because you’re so damaged and distraught you can be jailed for it. Four people have died, 50 women have been sexually abused, children have been abused. At what point do we put an end to this sort of treatment?

RP: Do you see any connection between the Australian government’s repudiation of refugee and other human rights conventions and the generalised assault on democratic rights internationally?

EO: Yes. I’m not going to defend Guantánamo Bay and what the US government did post-9/11—most of the people in there were never charged—but the government at least pretended that it had captured criminals. The people coming to Australia by boat have done absolutely nothing; they’re completely innocent and under the UN convention they have the right to come here. The government has responded by imprisoning them.

I don’t want to pontificate about what it means about abiding by conventions but I can say that Australia is probably leading the western world in committing human rights violations.

RP: After you won an Oscar for Taxi to the Dark Side, you said that Bush and Cheney were war criminals. Could this be applied to Australian governments?

EO: I don’t think Australian politicians are war criminals but they have committed very serious human rights violations. Absolutely. I suppose the challenge to these politicians—and none of them would agree to speak with me on film—is why don’t they come out and openly say Australia doesn’t agree with the human rights and refugee conventions.

RP: Could you explain something about the former detention centre workers who agreed to be interviewed for Chasing Asylum? I recall that you said somewhere that they’re all suffering from Post-Traumatic Stress Disorder.

EO: Yes, that’s right. Many of them were young and ill-prepared for what they faced in the detention centres. Even Martin, a career prison corrections officer, has been completely devastated by his experiences there. He still cries about it.

Their courage to speak out is extraordinary and the fact that they now can be prosecuted for speaking out over what is happening at the detention centres is beyond comprehension. All of them are damaged and cried during the interviews. Their time in the centres has taken a huge toll.

I’m very emotional about this issue and I want everyone to see this film. I want Australian politicians to watch Chasing Asylum.

RP: Do you think the movie will make any difference to the politicians. Isn’t that a bit naïve?

EO: I’d like Shorten and Turnbull to see my film. They’ve not been to Manus or Nauru. How can they make policies like this?

RP: They know all about it.

EO: I’m publicly challenging them to watch the film—I’ll even buy them tickets and popcorn—and then talk to me. But they won’t even speak to me. I’m an Academy Award winning Australian filmmaker, why won’t they speak to me?

EO: Well, if they won’t speak to me then come and arrest me. Let’s test this whistle-blower legislation which makes it illegal to expose what’s going in the detention centres. Why does this legislation exist? It’s to scare us but it’s not going to work. Come and arrest us and we’ll fight it. We have to challenge the whole atmosphere of fear, cowardice and lies.

RP: You’re the first Australian filmmaker that has decided to make a feature length film on this issue in the past 15 years …

EO: And got into the camps.

RP: Why do you think no one else has attempted to make such a film?

EO: There are many artists—stand-up comedians, photographers, musicians and others—speaking out against the government but making a film like this is difficult. It took us four years. We obviously didn’t receive any government assistance and I had to raise the money myself. I don’t think there are any filmmakers here that would have been able to raise the sort of money required. The government’s deterrence policies seemed to have worked with filmmakers. Would Screen Australia or SBS [Special Broadcasting Services] fund such a film? I doubt it.

Taxi to the Dark Side: Documentary producer Eva Orner speaks with the WSWS
[24 March 2008]