Campaigners for the Partei für Soziale Gleichheit (Socialist Equality Party of Germany, PSG) visited the Crellemarkt outdoor market in Berlin, where there are hundreds of Turkish and Arab market stands, and spoke with customers and vendors about the PSG election statement “Vote against war! Vote PSG!” in both German and Turkish. The discussions focused on the attempted coup in Turkey on July 15.

Both the American and the German governments were counting on the success of the putschists on July 15 and have hypocritically criticized the government of President Recep Tayyip Erdoğan ever since, above all because of its overtures to Russia.

The PSG and the World Socialist Web Site have unequivocally condemned the attempted coup. At the same time, we have warned of the danger posed by Erdoğan’s newly created “national unity,” which amounts to the strengthening of a right-wing dictatorship. The most recent events in Turkey are an expression of the growing danger of war faced by workers all over the world.

The discussions at the Crellemarkt market focused on these questions. A month after the coup attempt, these events and the dangers bound up with them are still on people’s minds. Güneş, a young Trotskyist from Istanbul who is participating in the PSG’s Berlin election campaign and assists with Turkish translations, quickly became involved in a number of lively discussions at the market.

One Turkish woman who runs a poultry stand opposed the July 15 putsch. “That was really a dangerous putsch,” she said. “Luckily it was defeated, because we have experienced putsches in Turkey many times.” She added that a “strong national unity” has been created in Turkey at the moment. To the objection that one cannot place one’s trust in Erdoğan, she answered: “That’s right, but that’s another question.”

When told that the working class has historically been forced to shed its own blood every time that “national unity” has been established, while the corporations profit from it, she answered: “Of course that’s true. The workers have to pay for everything. Whether it’s in the US or in Germany or in Turkey, it is always the workers who have to take the rap for everything.” In answer to the argument that it was therefore necessary to unite the working class worldwide, she said: “Inşallah [one hopes], that would be really good. But it is quite difficult to achieve.” 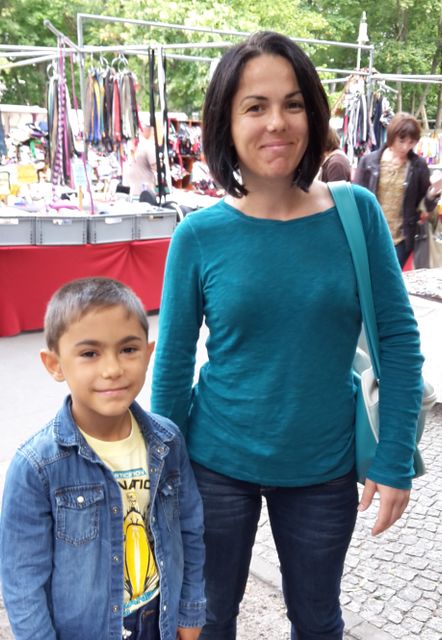 is also worried about the attempted putsch in Turkey and the wars in Syria and Iraq. She said she is quite worried that they will escalate into a new great war and agrees that the cause is the deep, worldwide crisis of capitalism.

Aişe’s family belongs to the Turkish minority in Bulgaria and arrived in Germany three years ago. “My husband has finally found construction work here in Berlin,” she said. “Our boy is in third grade, and I want to learn German really well now so that I can work.” She already speaks Russian and French.

When Güneş told her that the PSG’s campaign in Berlin is part of a worldwide struggle for the international unity of the working class against war, Aişe enthusiastically wished him good luck and said, “Your campaign is very important.”

A young Syrian read through the election statement and then began to tell his own story in a mixture of German, English, Arabic and Turkish. He had already studied law in Aleppo for a year when the war began. He then fled to Turkey with his entire family when the war broke out. In Afyon, he slaved away at a white marble processing plant in order to support his family.

Then, last summer, he managed to flee to Germany. “Now I am struggling to get the necessary papers so that I can study once again,” said the young Syrian. “The war in Aleppo, that was really a horrible experience for all of us. And this war is still continuing,” he added. “My entire family is still in Turkey—what is to become of them?” he asked.

He enthusiastically supported the PSG campaign against war and promised to study the World Socialist Web Site. 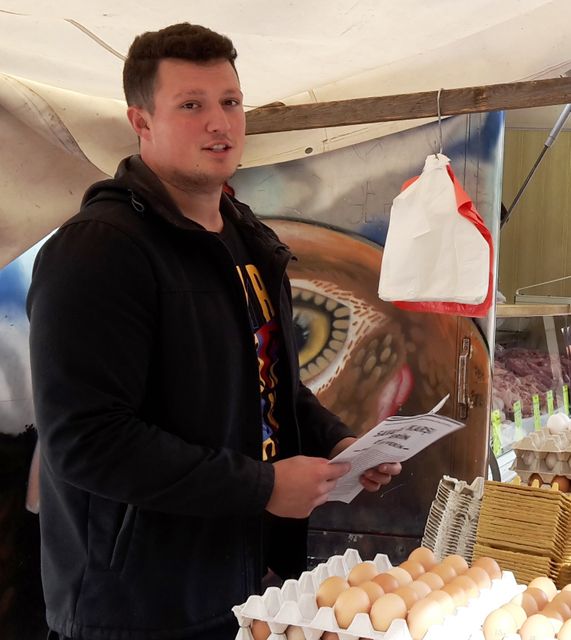 Hakan, an aspiring industrial engineer in Berlin, earned his bachelor’s degree a short time ago and now works at the Crellemarkt. When he saw the PSG leaflet, Hakan said that he had already noticed the posters with the slogan “No more war!” in different places in Berlin. Hakan condemned the coup in Turkey. “That is clear for every democratically minded person,” he said.

He said that it was very important for Turkey to fight the coup, but it unfortunately did not succeed in producing democratic conditions. “The democratic rights of many people in Turkey are still under attack after the putsch,” said Hakan. “The situation is very dangerous, the government continues to wage war and attack the Kurdish areas.” He emphasized that he thought it was quite possible that the war in Syria could lead to a new great war.

Haken listened as Güneş explained the perspective of the World Socialist Web Site and the International Youth and Students for Social Equality. He said that he would like to take a closer look at them online.