By our correspondents
17 September 2016

The Partei für Soziale Gleicheit (PSG, Socialist Equality Party) held its final election meeting in Berlin on Thursday evening. Leading representatives of the PSG and the International Committee of the Fourth International (ICFI) outlined a socialist programme that unites the struggle against war with the fight against social inequality, the strengthening of the state apparatus and xenophobia.

Peter Schwarz, secretary of the ICFI and a member of the PSG’s national executive, spoke first, dealing with the growing threat of war. “The struggle against war is at the centre of our election campaign because no other issue affects the working class in such a way as the war danger,” he began. While many people are disturbed by increasing militarism, few can imagine the far advanced level of preparations for war by leading politicians and military figures. 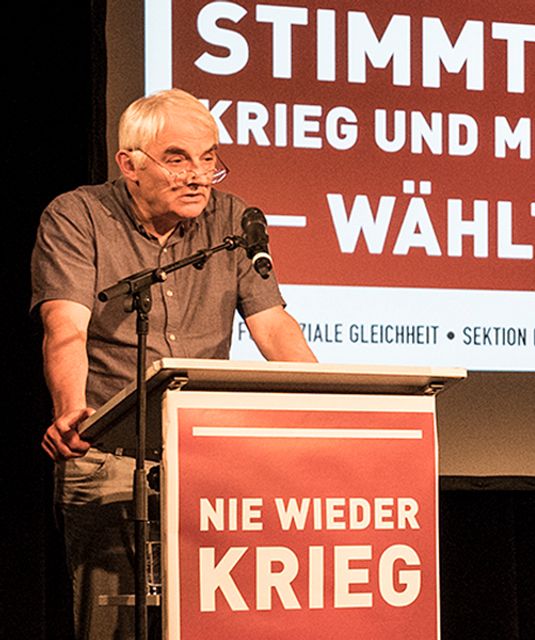 To see what is being discussed in ruling circles, it is necessary to study specialist military journals and the publications of political think tanks, or articles from specialists who evaluate these issues. He said, “Here, for a long time the question has not been if, but when, a major war will break out. Even the use of nuclear weapons and the possibility of winning a nuclear conflict are seriously being discussed.”

Schwarz cited, among other documents, a study by the Institute for National Strategic Studies: “Russia’s behaviour has resulted in defence strategists considering it necessary to concentrate on a possible confrontation and conflict with Moscow. …This concerns the conventional, nuclear and missile areas of NATO.”

According to the Stockholm Peace Research Institute, the US plans to spend $348 billion on the modernisation of its nuclear weapons by 2024. “Over the coming 30 years, according to estimates, it will reach $1 trillion (1000 billion dollars),” said Schwarz.

He demonstrated that the US was not only preparing for a nuclear war with Russia, but also against China. Russia and China, for their parts, were rearming in response. “But also the European great powers, and Germany in particular, are rearming for war. Seventy years after the end of the Second World War, German militarism is back.”

He went into detail about the return of German militarism, which ultimately serves the imperialist interests of German big business. Schwarz concluded by summarising the fundamental preconditions for a global anti-war movement. It had to be led by the working class, and be anti-capitalist, i.e. socialist, and above all, internationalist. In order to put an end to capitalism, which is the cause of militarism and war, “the new anti-war movement must be completely independent from all parties and organisations of the capitalist class.” 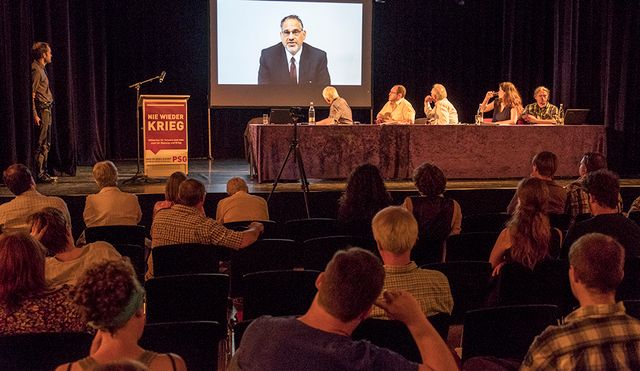 The international character of the PSG and its election campaign was demonstrated by two speeches from ICFI international members. Jerry White, the presidential candidate for the Socialist Equality Party in the US, spoke to the meeting via video link. He delivered the greetings of the SEP and summarised the situation in the United States. “Among workers and young people here, there is a broad anti-war sentiment,” White said. But this sentiment could find no expression in a political system totally dominated by the financial aristocracy.

The SEP’s presidential election campaign had made this its task, said White. “Together with our comrades in Germany and the International Committee of the Fourth International, we struggle for the building of a mass movement against war and the capitalist system. We unite workers in the United States, Germany and throughout the entire world.” 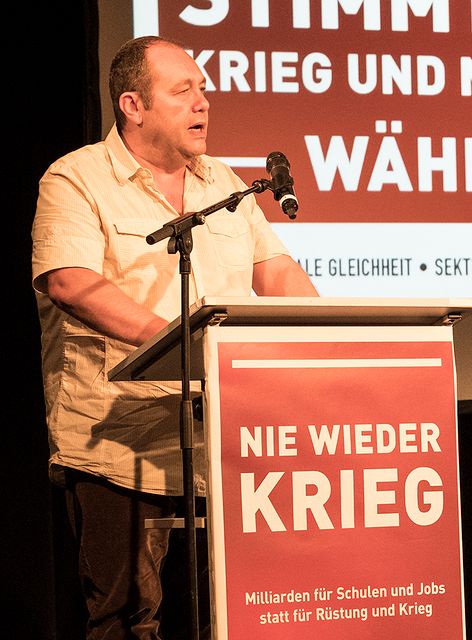 Chris Marsden, national secretary of the Socialist Equality Party, the British sister party of the PSG, spoke on the experiences and lessons from the Brexit.

Marsden focused his remarks on the right-wing coup attempt against Labour Party leader Jeremy Corbyn. His election last year had been a distorted expression of the shift to the left among workers and young people in the face of the reelection of a Tory government. Corbyn had appealed to social dissatisfaction and persuaded hundreds of thousands to join the Labour Party, which today has 640,000 members. But Corbyn had always retreated in the face of the right-wingers in the party.

Their attempts to remove Corbyn began immediately after the Brexit referendum, Marsden continued. In this way, they sought to overturn the referendum result and use the Labour Party as an instrument for a political regroupment. The methods used to carry this out included the exclusion of 130,000 Labour Party members from the leadership election, the surveillance of emails and social media accounts of Corbyn supporters, a ban on constituency Labour Party organisations from meeting, and a cleansing of the party of alleged “Trotskyist saboteurs.” Marsden made an explicit warning: “What the Labour apparatus is doing today to the Corbyn supporters is merely a foretaste of what the party would do in the face of an uprising by the working class.” He reported that the purging of Corbyn supporters from the party had been unofficially described as “Operation Icepick”—a reference to the weapon used to assassinate Leon Trotsky in 1940. 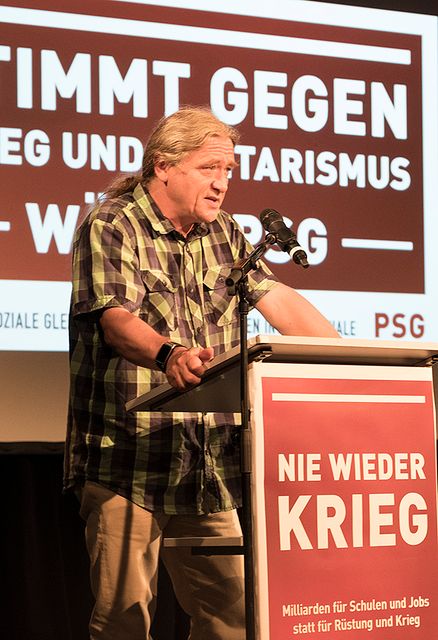 Endrik Bastian, the PSG’s candidate in Berlin’s Mitte 5 district, then dealt with the role of the Left Party in Germany. He recalled in particular their impact in the decade between 2002 and 2011, when they governed jointly with the SPD and transformed the city into the “capital of poverty.”

The Berlin election was a trial run to lay the groundwork for an SPD/Left Party/Green federal coalition. “Such a government would not represent any progress,” warned Bastian. “In 1998, the SPD and Greens formed a governing coalition to send the German army once again on foreign military missions and cut wages and social benefits in the Agenda 2010. This alliance is now to be revived with the assistance of the Left Party so as to begin the next round of social attacks and break new ground in German militarism.” Bastian went into detail about the Left Party’s demands for a stronger state.