Located in the northern Virginia suburbs of Washington, D.C., NVCC is the largest community college system in the United States. The outlying suburbs of Washington, D.C. are a center for the US military and intelligence agencies. They are home to the headquarters of dozens of defense contractors that bring in billions of dollars in annual revenue.

Students and workers attended the meeting to hear a socialist candidate speak in opposition to militarism and war.

White spoke about the 2016 presidential elections and the debate between Clinton and Trump that had taken place on September 26. “What we have are two candidates that are part of the same corporate, financial and political oligarchy that has enriched itself over the past 25 to 30 years on the basis of relentless attacks on the working class,” White said.

“Regardless of who wins this election, there will be major social opposition,” White said, referring to the immense class tensions developing internationally and domestically. “The key question is understanding what must be done, with a clear political program so that workers and young people are not fooled by the next round of Bernie Sanders characters that would like to build illusions about capitalism.”

He explained that the Times editorial was a continuation and an intensification of the attempt to vilify Russia in order to prepare the ground for future military aggression.

When asked a question about the Libertarian Party, which has a popular following in Virginia, White explained that the Libertarians seek to combine nominal opposition to attacks on democratic rights with absolute defense of the capitalist system and the exploitation of the working class. “The Libertarians say that somehow the film can be put in reverse,” White said, that the US “can go back to a time of free competition between proprietors. They say we have ‘crony capitalism’.” White explained that by its very development, capitalism created the monopolies, and that the capitalist system itself is the source of war and dictatorship.

White also spoke about Jill Stein of the Green Party. “Jill Stein and the Greens believe that if you can only prove to the powers that be that their system is irrational and reason with them, that somehow they will change course,” he said. However, he added that this was just as irrational as making moral appeals to the slaveholders of the 19th century to give up their slaves. The Greens speak for more privileged sections of the middle class and are a block to the development of an independent working class movement.

One audience member asked how the United States should pursue its interests in the war in Syria. White began by deconstructing the word “we,” explaining that the US, like every other society, was divided into two classes with diametrically opposed interests: those of the corporate and financial elite and those of the working class.

White reviewed the history of US interventions over the past quarter century, which he said were an effort by the ruling class to reverse the long-term decline of American capitalism through the use of force. He cited the New York Times’ Thomas Friedman , who declared in the late 1990s, “The hidden hand of the market will never work without a hidden fist—McDonald’s cannot flourish without McDonnell Douglas, the builder of the F-15.” 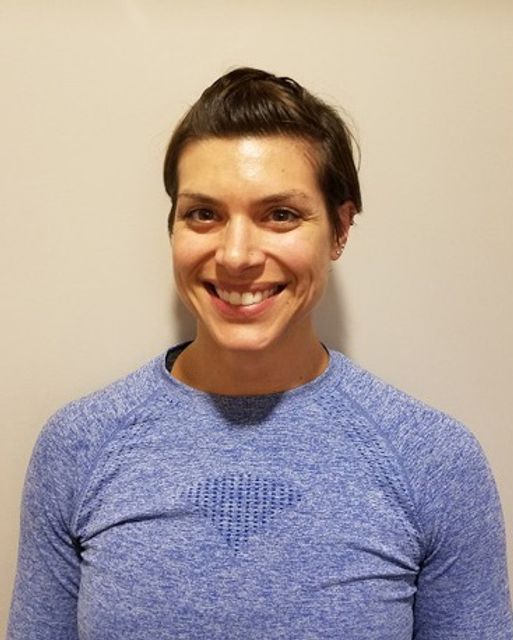 After the meeting ended, many stayed to buy literature and talk with members of the IYSSE and White. Alicia, a yoga instructor, expressed enthusiasm about the SEP’s platform. “A lot of what he said appeals to me. Bringing everyone together because we all have the same human needs, and they are being compromised by people in power.”

Daoron, a student at the college whose family came from Afghanistan, talked to IYSSE members about the social conditions in Central Asia. “When supporters of the ‘War on Terror’ ask me ‘where are the terrorists coming from,’ I tell them the CIA. They’re the ones who taught them the dirty tricks they now use,” he said. 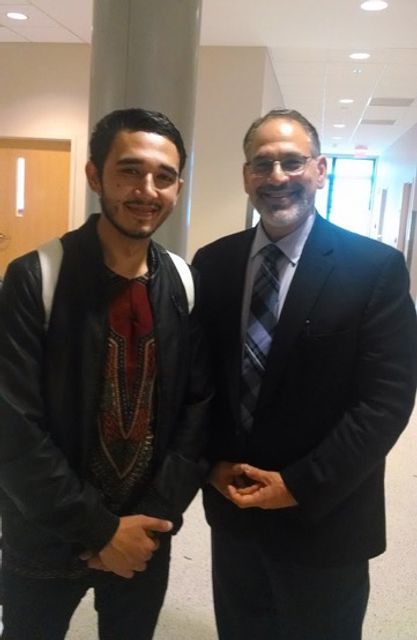 “I’d say the worst and best experience for me [in turning me against militarism] was volunteering in Afghanistan to help wartorn children,” he said, recounting a harrowing encounter with child who had been grievously injured by an explosion. “I was talking to this child, who had lost a leg in an explosion, telling him things were going to be alright and that he would survive. In his own language, this 11-year old kid turned to me and said, ‘I’m going to go to God and tell him what people down here are doing.’

“Terrorists are formed,” he added. “What happens is you have drone strikes, ordered by the Obama administration, they completely shatter families. Maybe one person is left alive from an entire family. With that one person, [the US] has just created a terrorist.”

Speaking about American society, Daoron said, “The US is a good country, with good people. The people running it are bad.”