An interview with Michael Koch, director of Marija

During the recent Toronto film festival, I spoke to Michael Koch, writer and director of Marija, a film about a Ukrainian woman immigrant living in the Nordstadt district in Dortmund, Germany. [See accompanying article.] 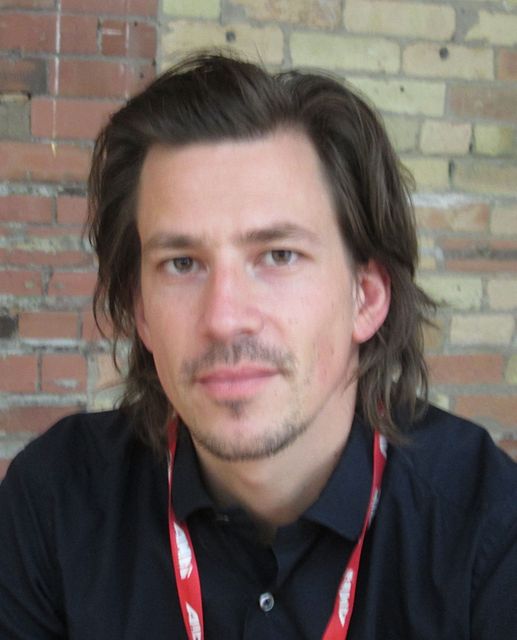 David Walsh: I think it is an honest and authentic film.

Michael Koch: It was important for me to try and create a very precise portrait of a woman and a part of society, and not just aim at winning an audience.

It is difficult sometimes to show such people and society in such a way that you are attached to them, but not too attached. I didn’t want to build it up like a story I had simply invented. I wanted to give a precise picture of what I found. I was told so many stories about immigrants living in Nordstadt, a district in Dortmund.

DW: You speak in your director’s notes and you spoke at the public screening about going to Ukraine. What did you see in 2010 when you were in Ukraine? First of all, why were you in Ukraine?

MK: I went there after I graduated. Actually, I was there for a film festival, and then I got to know a lot of people and so I went there again just because I was interested in the country. I thought it was a really extraordinary and important country.

I met so many people who wanted to leave Ukraine and this really struck me. They were determined to go. They were ready to leave their family, friends, everything, to leave for Germany. In Ukraine if you don’t live in one of the big cities and have a good job, you have no chance of a future. It’s really difficult.

This was in 2010, even before the recent crisis. And then I came into contact with a woman who left Odessa for Germany. I was impressed at how focused she was, how determined.

For me, the question arose: what price do such people pay? Even if they do find employment and make a certain advancement. And they are not always better off in Germany, even in money terms, than they were in Ukraine.

All right, maybe they have a job and take a step up in society. But the cost is high. They are very often lonely. They reached their economic goals, but they are alone. I don’t want to generalize. People like Olga [a character in the film] go a different way, such people have different lives. But I met many people like Marija. That was the starting point for the film.

DW: I think this is the most important issue, because in some of the reviews the film was treated as a big success story. That’s not how I saw it. I found the final images in which Marija is walking down the street quite tragic. Although it’s a very different film, a very different tone, and a very different style, it made me think of another “Maria,” Maria Braun by Fassbinder. [The Marriage of Maria Braun, 1979, by R. W. Fassbinder.]

MK: It’s interesting that you mention this, because someone else mentioned it to me too.

DW: What is the price of “economic success”? That was the most powerful image in the film. I was expecting some “catastrophic” episode. If it had been an American film, something horrible would have taken place. In some ways, this ending is more painful.

MK: It is a really painful success. In the last scene, in the hair salon, one of her customers says, ‘You’ve been very lucky.’ To me, she hasn’t been “very lucky.” It’s not a happy ending, or it’s both happy and sad. It’s a general problem, it’s a social problem. It is very interesting to see how people respond to the ending. There are some people who interpret it as a happy ending, but if I ask them: what about Olga? What about Georg? What about the other people in her life? What if she needs to share her feelings with someone? There’s no one––they’re all gone. 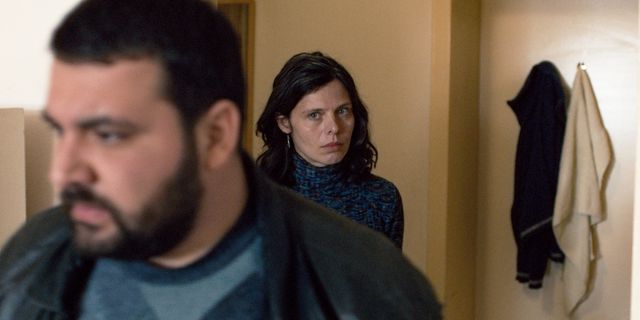 DW: This is one of the reasons why the film is unusual, and interesting.

MK: Perhaps if she was killed or something spectacular happened, it would have a bigger impact on the audience … I don’t know. But I wanted to try and make people think about her life and their lives. I hope this has a more long-lasting effect.

DW: What is your background?

MK: I went to the Academy of Media Arts in Cologne. I started out as an actor in the theater. But I always wanted the opportunity to make films. I began making short documentaries.

It was very important to me in this film not to exaggerate too much and to work in the original locations, to work with the people living there, to work with very limited technique and equipment.

I met so many people during my research in Nordstadt, an immigrant neighborhood. In this area, as a German you do not normally come into contact with the people. They’ve had a lot of bad experiences with the media. The press come and take pictures of garbage and rats, and put them in the papers. The media doesn’t really care about the people there. It’s simply sensationalism. Only time and patience really gets you in touch with them. I was very lucky in the end because they were happy to have me there. They participated in the film. We moved about the neighborhood quite freely.

DW: Why did you pick this particular area in Dortmund?

MK: You know, there are a few other areas like this. But Nordstadt is really special because you have people from 130 or more countries living there. It’s a little bit of a microcosm of the way things are going. There are people from everywhere.

It was once an industrial area, and then you had the crisis in the steel mills and jobs disappeared. The Turkish immigrants came and stayed. Now the Turks have become the new middle class, so to speak. You have new working immigrants. The same process continues. People who speak German take advantage of the new people who don’t speak German.

I wanted to go into the area where these kinds of things were happening. If you live in these conditions, where there is a daily struggle to survive, can you afford emotions, relationships, loyalty? Are such things possible?

DW: Which are the predominant nationalities?

MK: After the Turkish people, you have a lot or Romanians, Bulgarians, Russians, Ukrainians, Polish. There are direct private bus routes between Bulgaria and Dortmund. They often don’t go to the big cities, but to the countryside, or smaller cities. Bulgaria is part of the European Union, but it is extremely poor. They are legally able to work in Germany, but they can’t find legal work. So they are abused.

DW: There is a certain elegance to the film. It is possible to communicate something poetically, even harsh subject matter.

MK: First, that has to do with the character. It was important to show her with dignity. I think it’s also because of my cinematographer. The camera is not pushing too closely, or too aggressively. The cinematography gives her some room to breath, I hope, and the audience too. The camera operates like a very human eye. We also filmed all the scenes, with a few necessary exceptions, in one shot.

This is not a documentary, it was created by us. There is movement, there is some choreography. We tried not to push for effect. We did not want to use a “shaky” camera, or a camera in anyone’s face, which is something of a cliché today. There is no technical need to do that.

DW: What do you think about the present refugee crisis?

MK: I know many Syrian people. In Berlin I try to help them get good flats and so forth. The refugee situation is a big issue in Germany. Angela Merkel said, you can come, sort of. But they put the refugees in these horrible camps. Normally, Germans don’t come into contact with the refugees. You have these parallel lives, between Germans and the refugees. But if they’re here, it doesn’t matter how they came. You have to care about them, they’re part of our society.

You cannot put these people in a camp and say, it’s fine, but it’s over with. If you get to know them as human beings, often your fears will go away.

DW: Your film is also part of that process. I think the film humanizes people. There are no monsters, Even in the case of the Turkish landlord, you end up having some sympathy for him. Not that you make excuses for everything, but there are economic pressures. In the film, that sense of relentless economic pressure is always there. What do these pressures make people do? What sacrifices do they make? Where do you find some kind of solidarity?

MK: If you felt this, that’s good, because that’s the reaction I was hoping for. We need pictures of human beings, not caricatures. Human beings are complex and sometimes ambiguous. It is very interesting if you don’t know how someone will react. And you get to the point where you ask yourself, how would I react in this situation? The more complex it is, the more interested I am. I’m attracted to characters who have inner conflicts. But these conflicts don’t always express themselves in words. These people act in certain ways that indicate their inner feelings. They don’t simply say, or they can’t simply say, what their problems are––but they act a certain way. I want to bring that out.

DW: Why did you choose to make the film about a woman?

MK: As I said, I met a woman in Ukraine and she impressed me a great deal. She was so strong, I was really attracted to her as a human being. In Ukraine it seemed to me the women were often stronger than the men. Whether this was simply a matter of the people I met, I don’t know. They wanted to change something, they were not so settled as the men. Ukraine is a very patriarchal society.