Harvard University Dining Services (HUDS) workers, who have been on strike for 12 days over health insurance and wages, continued to picket outside the Science Center Friday. The struggle has received widespread support among students and faculty, with hundreds of students participating in a lunchtime class walkout and rally Monday, gathering by the John Harvard statue in Harvard Yard. 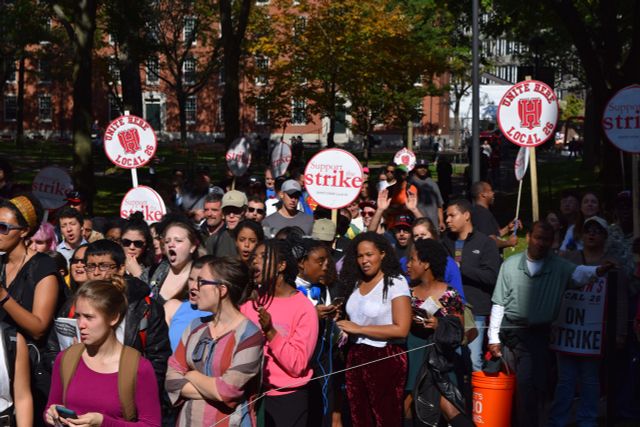 Despite this support Harvard has remained intransigent on demands for a minimum annual wage of $35,000 and opposition to changes in health care that would impose significant increases in copays for HUDS workers, many of whom earn less than $30,000 a year.

WSWS reporters spoke to workers about the ongoing struggle.

Ulisses Cabral, who has five years with HUDS, said, “It’s the second week now of the strike. We still don’t have any answers to any of our proposals from the university. They haven’t even talked to us for the last week. We don’t know what’s going on. We have to stay strong.

“The proposal they tried to give us we simply cannot afford. We can’t do it. We just want health care for our families, to keep what we have now. They want to raise the price, it’s not so much that we mind that, but they’re cutting the benefits. 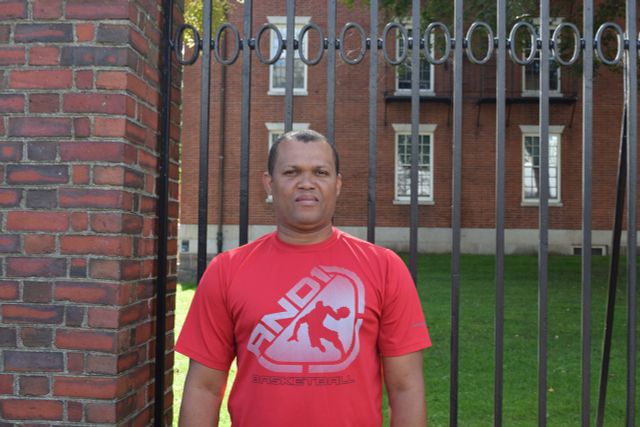 “The copay we had is $15; they want to raise it to $25. And they want us to pay $100 every time we go to the emergency room. Like me, I have three kids and a wife so my family, if something happens, my paycheck wouldn’t even cover for that. So, what’s the point of working?”

Laquesha Rainey, a HUDS worker for three years, said the reason for the strike is twofold: “It’s the increase in the cost of the health insurance and the fact that we don’t work year-round. So there’s the summertime and then we have the winter break in January, when we don’t work, and we don’t have income.”

She said they had gotten a lot of support from the students. “I’m actually kind of surprised at the support we’ve gotten, but I’m happy to see that we have so much support coming from the students and faculty and everybody else here on campus. I guess the only people that are against us are the administration.”

Rainey said students are already worried because they’re going away to school and they have to keep up with their studies. “Students become part of a whole other different community and family when you’re here,” she said, “because you’re interacting with the other students and teachers. 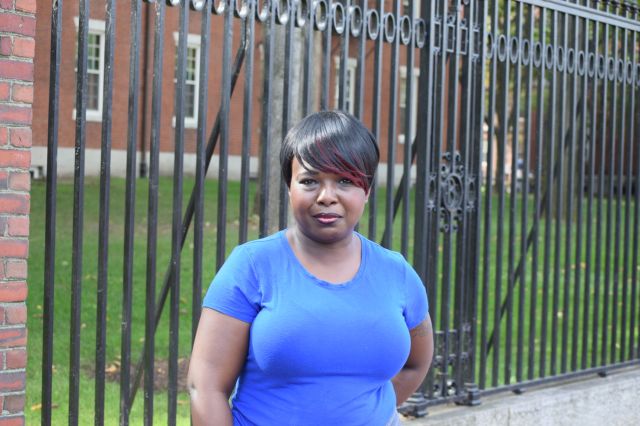 “And then you interact with your regular dining service workers, from your dining hall. You see them every day; you talk with them everyday. They become your family, or your home away from home. And then they find out that the workers aren’t being treated fairly. It’s almost like one of your family members are not being treated fairly. It’s like, ‘What’s going on? Why?’”

Asked why she thought the university was being so intransigent, she replied, “I just think they’re greedy, that they think we probably should just be grateful for what we have. But I personally make less than $30,000 a year. You can’t survive on that in Boston. There’s no way.”

World Socialist Web Site reporters discussed the recent strike of the Minnesota nurses and the Verizon strike earlier this year. “And there was the Taj Mahal casino strike in Atlantic City,” she said. “It’s crazy that we have to go through this to be treated fairly. I think a lot of people underestimate us because we work in a kitchen, that it can’t be that hard.

“Those kinds of comments hurt me, because I’m one of the cooks in the kitchen. And it’s part of my job to make sure the students have those options available to choose from, whether they’re vegetarian, or they have allergies, or anything like that.

“It hurts me to hear that a lot of my students are now going hungry, or they don’t know where to go to eat because we’re out here. If I knew a way to feed them while we’re out on strike, I would. It bothers me that we care about it, but the administration doesn’t seem to care.”

Students assembled at the John Harvard statue in Harvard Yard after a call had been issued for a class walkout at 12:30 p.m., chanting, “Harvard, Harvard, you can’t hide. We can see your greedy side,” and “We love HUDS!” “Support the strike!”

“Historic strikes bring together historic solidarity. When students are in solidarity with the workers it’s a good thing. I came here today in the spirit of one Harvard in supporting the dining hall workers during this strike.”

He read from a faculty petition to the Harvard administration that has been circulating, which reads in part:

“To date, Harvard has failed to address employees’ concerns of affordable health care and a sustainable annual income. HUDS workers fear increases in health care costs will mean that they and their families won’t be able to afford a trip to the doctor’s office. While asking workers to pay more for health care, the Harvard administration has also refused to guarantee a basic income of $35,000 a year for dining service workers.

“Faculty members have experienced the effects of Harvard’s health care changes first hand. But we are among the most privileged members of this community. It is unjust to expect HUDS workers, who on average earn less than $35,000 annually, to shoulder the increasing costs of health care.”

The crowd swelled to several hundred as striking workers marched through Harvard Yard to join the students.

“I come from a small town, and when I came here they said everyone in the North was mean. So you can imagine my surprise when I walked into Annenberg Hall and was greeted with graciousness, kindness and compassion, even when I was in a hurry. They took the time to learn my name and they made me feel so welcome in this community. They made this feel like a home.

“So I was angry when I heard that the administrators and directors of the Harvard Corporation were trying to make the school profitable on the backs of those people that serve us every day, and work harder than anyone.” 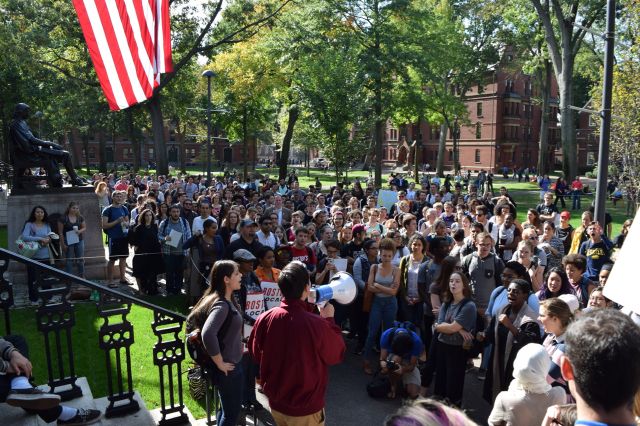 There is clearly a lot of support for the strike among students and faculty. In addition, as previously reported, a group of alumni has pledged to stop donations to the university and instead direct monies into the union’s Hardship Fund. The Crimson reported last week, “A number of alumni are now circulating a pledge to not donate to the University ‘until HUDS workers settle a fair contract,’ and instead redirect any donations to the Local 26 Hardship Fund. The fund will pay the striking employees $40 a day, according to Local 26 President Brian Lang, though they have yet to actually receive the pledged amount.”

As of Friday, strikers we spoke to confirmed they had yet to receive any strike pay. With no apparent movement on the issues of health care and a guaranteed minimum wage, it seems Harvard could be hoping to wait out the strike and starve workers back to work. With this section of workers among the lowest paid in the city, this is a real danger so long as the strike remains isolated.

UNITE HERE is a union of 270,000 workers across Canada and the United States. Local 26 alone has over 7,000 members working in some of Boston’s top hotels and in food services for universities such as Harvard and MIT, as well as Sky Chefs, British Airways and Lufthansa lounges at Logan Airport. Nothing has been done to mobilize these workers in support of the strike. Rather, UNITE HERE and the AFL-CIO and Change to Win labor federations have kept the striking workers isolated.

Local 26 President Brian Lang sits on the Fiscal and Management Control Board of the MBTA, the region’s rapid transit system. An article on the union web site boasts, “Our President Brian Lang has been appointed by Governor Baker to serve on the MassDOT Board, which oversees the MBTA.” This is the body currently paving the way for the wholesale privatization of the system known as the “T.”

HUDS workers must break the isolation of their struggle. Sympathy strikes and protests should be mobilized throughout the area, fighting for the support of other sections of workers coming into struggle, such as Boston Public School teachers, who are currently working under an expired contract and face a fight over job security and working conditions, as well as MBTA workers fighting privatization.