In the past few weeks, Socialist Equality Party campaigners have covered many miles of ground leafleting door-to-door through neighborhoods in Huntington, West Virginia. Over the weekend, residents of the Highlawn neighborhood spoke with Naomi Spencer, the SEP candidate for House District 16, about the US elections, poor social conditions, and the need for an independent political movement of the working class.

Highlawn is one of the oldest neighborhoods in the city, situated above the Ohio River to the east of Marshall University and surrounded by factories. Many residents are students, working families, and retirees from the steel mills, railroads and other industries.

Residents in Highlawn were eager to speak, in particular, about the lack of economic prospects in West Virginia and in the industrial economy more broadly, as well as the need for infrastructure repairs and rehabilitative programs for heroin users. Campaigners discussed the SEP’s call for a defense of the “social rights” of the working class, an emergency public works program, and the relationship of social problems with war, inequality, and a breakdown in democratic forms of rule. 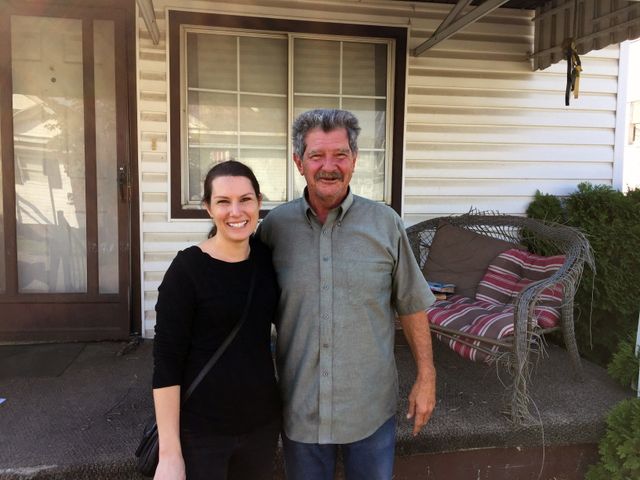 Bobby Templeton, 70, is retired from the US Postal Service. After working as a mail carrier, he served as the longtime postmaster of the nearby city of Wayne. Campaigners stopped to talk to him as he sat reading on his porch. He said he was reluctantly considering voting for Hillary Clinton.

Naomi Spencer explained that the SEP was urging the working class to write in Jerry White for president, and for District 16 voters to cast a ballot for her. “We’re running on a platform against war, inequality and attacks on democratic rights. We think the working class needs to express its own, independent interests, for peace, equality and democracy.”

“That’s just what we need. Isn’t it strange in 2016, that socialism makes the most sense?” Bobby said. “You’ve got my vote,” he added, shaking Spencer’s hand. He said he would write in Jerry White for president, appreciative that he did not have to vote “lesser evil.” “Trump’s an unadulterated idiot,” he stated, while Clinton was “an adulterated one.”

Molly told us how her credit had been ruined after a lifetime of frugality, because she had been hospitalized and diagnosed with lung cancer. “I worked my whole life and built a good credit score. I was diagnosed with cancer just before turning 65, and I burned right through my savings. I got a $36,000 bill for four days in the hospital.”

Spencer explained the concept of health care and a dignified retirement as social rights. “Under socialism, industries like pharmaceuticals and hospitals will be run as public utilities, not for profit,” she said, “and there will not even be a need for insurance as a business entity.”

“It’s arbitrary the way they price medical procedures,” Molly commented. “Obamacare is just a way to give more money to insurance companies and hospitals. It doesn’t deal with the cost at all, and it limits what kind of treatment you can receive. Hospitals gouge you and you have no say in what they can charge for.” She told campaigners that she received an itemized bill for her last hospitalization and it included a staggering $980 fee for the application of a bandage after a blood draw.

In addition to the strain of battling cancer, Molly is now responsible for raising a four-year-old granddaughter whose parents “decided to go a different direction in life”—a veiled reference to the shattering impact of the drug epidemic. She wished the SEP campaigners good luck, saying that the working poor needed us. 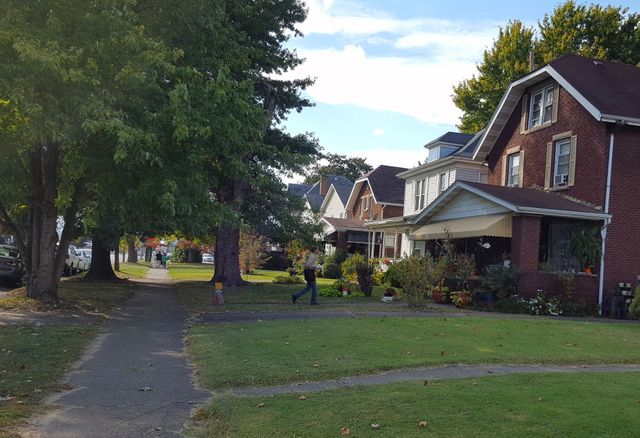 John, a former steel worker and Vietnam veteran, agreed that the working class needed its own party. He was incensed by Trump’s dismissal of post-traumatic stress disorder, referencing the fact that 20 veterans commit suicide every day in America, but that he also disliked the direction of American foreign policy and did not care for Clinton.

After hearing Clinton refer to the “middle class,” John said he looked up the term and found the definition to be those earning upwards of $200,000 or more a year. “If that is middle class,” he asked, “then what am I, earning a fraction of that?” Spencer said, “The truth is we’re all part of that ‘basket of deplorables’ or ‘basement dwellers’ to Clinton’s social layer.”

John strongly agreed, responding, “Trump is a businessman, but Clinton is a banker’s dream.” Spencer replied, “And neither represent you.”

John also said he was disgusted by the national chauvinism on display in the election. “We’re a nation of immigrants,” he said, telling campaigners he was proudly the descendant of Lebanese immigrants. “Iraqis, Syrians, these immigrants are just coming here to have a better life,” he said. “They want to make a better life for themselves and their children, and we should let them.” 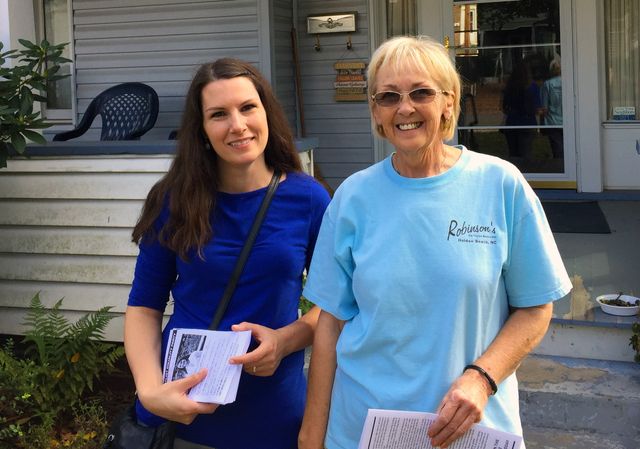 Marsha Chapman Wagers is a retired resident who is very active in the community. She spoke with campaigners about the closed Enslow Middle School near her house, the need for increased rehabilitative services for drug addicted people, the arbitrary rise in electricity bills, and the need for a jobs program to rebuild infrastructure and put people to work. Although Marsha is a lifelong Democrat, she said she felt a third party was long overdue.

Marsha explained that the Highlawn community was pushing to save a portion of the historic Enslow Middle School, which has been slated for demolition. The gymnasium is larger than the facilities in other schools and had been renovated before the building was closed. Residents said that the vacant property has attracted crime and squatting. 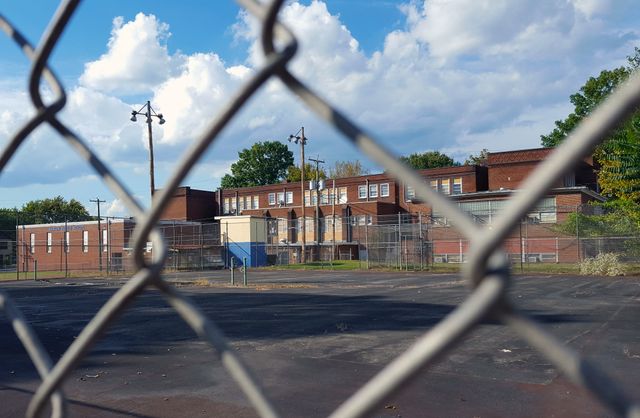 Bailey, Marsha’s 19-year-old neighbor, also spoke with the SEP about the hard conditions facing youth. He was doing yard work in the neighborhood. “We’re supposed to be the smartest generation yet, but it’s rough for people right now,” Bailey said. “We want to work but there aren’t a lot of options.”

Spencer pointed out that young people were routinely portrayed as “entitled” by the media and the political establishment for wanting jobs that paid living wages and a way out from crushing debt. At the same time, the ruling class was smearing retirees and older workers as being “entitled” for wanting the pensions and social security they had worked all their lives to earn.

Marsha and Bailey both agreed that while generations were pitted against one another and blamed as the source of the poor economy, all ages of the working class needed to unite and recognize the common source of their problems.