Homeless people in Melbourne, Australia’s second largest city, have been targeted by the Melbourne City Council, state police and the Murdoch media in a ruthless campaign aimed at removing all evidence of the worsening social crisis from the city centre.

In the last three weeks, Melbourne City Council employees have been removing and disposing of bedding, clothing and boxes from sites where homeless people sleep, claiming that they are “discarded.” As a result, people sleeping on the streets now cannot move away from their few possessions, for fear of having them taken away.

Large contingents of police have also used “move on” powers to shift groups of homeless people from busy areas of the city popular with tourists, including Flinders Street station. City council spokesmen have denied that the moves against the homeless have been timed for the beginning of the Australian Open tennis tournament, a significant drawcard for Melbourne’s tourist industry.

The latest attacks on the homeless follow a long-standing drive by the political and media establishment to demonise and drive out poor people from the city centre.

In May and June last year, a group of homeless people staged a demonstration in City Square to protest media slander and to demand the provision of basic housing and other services. The media campaign has stepped up in recent weeks. The Murdoch-owned Herald Sun has published a series of sensationalist front-page stories accusing homeless people of harassment, drug-taking, and of faking their poverty.

The growing homeless crisis reflects mounting social distress in working-class areas. The number of people sleeping rough in Melbourne’s city centre has risen by 74 percent in two years, from 142 in 2014 to 247 in the middle of 2016. One welfare agency has reported that eight new people were arriving on Melbourne’s streets every week.

Rapidly rising housing costs are a major factor. A lack of affordable private accommodation has been exacerbated by the closure of a number of caravan parks and inner-city boarding houses that were bought by property developers. Successive Liberal and Labor governments at both the federal and state level have slashed funding for public housing. As a consequence, there is now an extraordinary 32,000 people on the waiting list for public housing in Victoria—though the figure would be far higher if it were not for people choosing not to apply due to the lengthy wait that typically follows.

World Socialist Web Site reporters spoke with several people sleeping on Melbourne’s city streets, including some who had their belongings removed by council workers earlier that day.

Jeff said: “I had set up at Macaulay train station, sleeping under the Kensington side. We were under cover, it was our home. We had a cat, two birds and fish. We felt safe, then on November 29 all our stuff was taken by the council and supposedly put in storage for two weeks. I’ve made multiple requests for all our stuff. I’ve been to two Melbourne City Council offices and they won’t tell me where this storage is. They take your stuff because they say it is ‘abandoned.’ Luckily a friend had taken the birds and fish before that, but the cat is still missing.

“I’ve been homeless for four years. It started when I was in hospital for two months. When I came out I was two months behind in the rent for my flat and I couldn’t pay.” 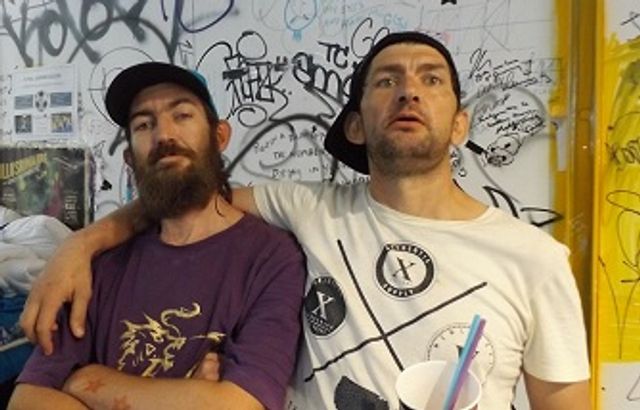 Jeff spoke about the absence of emergency accommodation. “Boarding houses are no use, they cost sometimes more than $200 a week,” he explained. “How can you pay that when you are only getting $250 a week? There are all sorts of problems in the boarding houses, there are people with drug and substance abuse problems. They are unsafe, you get your belongings stolen.

“I saw the Salvation Army late last year. They put me up in Coburg Motor Inn. I thought I would be there for a couple of days so I could wash my clothes and so on. But the next morning I was out. They said they could only pay for one night, they couldn’t do any more. It was more of a hindrance than anything. There was no point carting all my stuff there and then being thrown out on the street again. It was a complete waste of time. Basically it is a band-aid over an open wound.

“I’m on Newstart [unemployment benefit] but I missed an appointment, and I have been cut off for two months without any financial support… As for the public housing lists, I’m not on disability, I don’t have kids, so I’m the least of the urgent. I have scoliosis, but for a disability pension I don’t meet the criteria, they do a points system.” 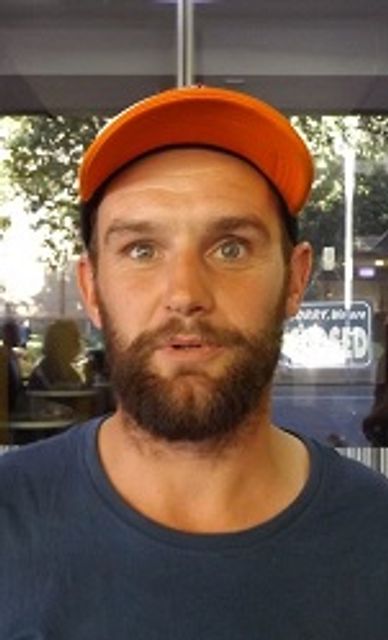 Tim, who works as a shopfitter, explained how he had had his possessions stolen multiple times. “It happened to me on Christmas Eve in Footscray,” he said. “I was camped under a bridge on the Maribyrnong River. All my stuff was gone when I came back. It is unacceptable—my clothes, my tent, toiletries—all that was thrown out. It’s happened twice since then. I’ve gone through four blankets since then, it is ridiculous.

“I try my hardest. I’ve got no work till the end of January, when the company where I work reopens. I was on three months ’ probation, but I hadn’t finished the three months, so I got no holiday pay or anything… I’ve been living like this for four or five months. Prior to that I lived couch to couch.”

Another way that homeless people are being harassed is through police charges for begging. In the five years between 2011 and the beginning of 2016, there were 841 charges laid for begging. 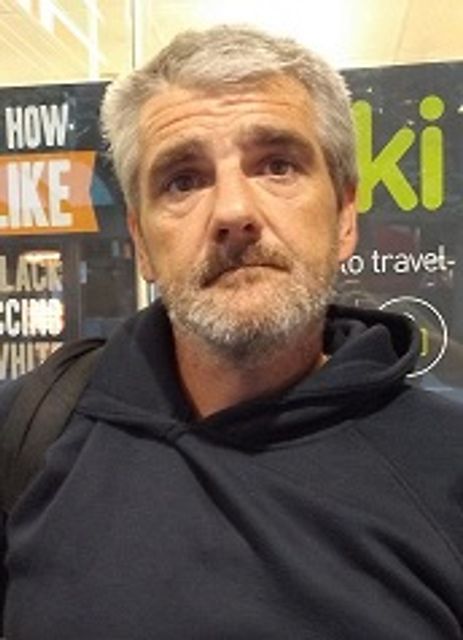 Chris explained: “I got charged about eight months ago for begging alms. I went to court. I was put into a ‘Diversion Program’; it was a pilot program with 30 of us. I had to have six interviews and go to a psychologist as well. The Salvation Army was supposed to get me housing. In all that time, all they’ve got me is two nights in a motel. Eight months later and I’ve got no housing.

“I’m on Newstart, it’s $250 a week. A boarding house costs $230 a week. I have to pay for a lot of medications as well as food. I got hospitalised, and when I came back, they’d rented my room out. I’m sick of having my stuff pinched.

“Now I hear the council is going to take all our stuff. I’m very angry. They said last week that people should not give money to us, they should give it to the [charity] organisations. But why don’t the organisations give us housing? Where’s the money they get going? In the media they say we are the ‘so-called homeless.’ But we don’t choose to be out here.” 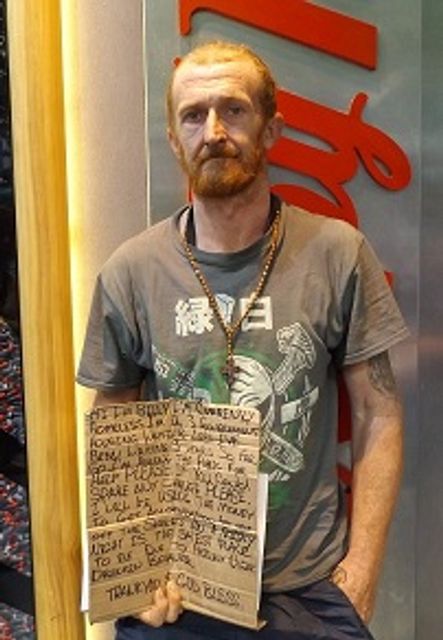 Billy said: “I have been on the waiting list for public housing for three years. I’ve been out of work for four years; I’m a qualified landscaper and plasterer. I split with my wife and I left her the house for the kids. It is a waiting game, there is no new housing.

“It is not really safe in the city. I go to a neighbouring suburb to sleep. Last winter I got arrested for begging, with 15 cents in my hat. They come and arrest us for begging, and then say we won’t get fined if we do the Diversion Program. I did the Diversion Program. The Salvation Army was meant to have 40 beds, but I’m still out here with nothing. Nothing happened.”

James, was among a group of homeless people shifted out of Flinders Street train station earlier that morning by police and council workers, in front of a group of television news cameras. “I’ve been here for four or five months,” he explained. “I’ve been looking for a house for the last four months. It’s hard to find somewhere when they know you’ve been homeless. I’m 26, I’ve been on the streets since I was 11. I was a problem kid, too much to handle. I had to steal stuff to survive, so I’ve got a record.” 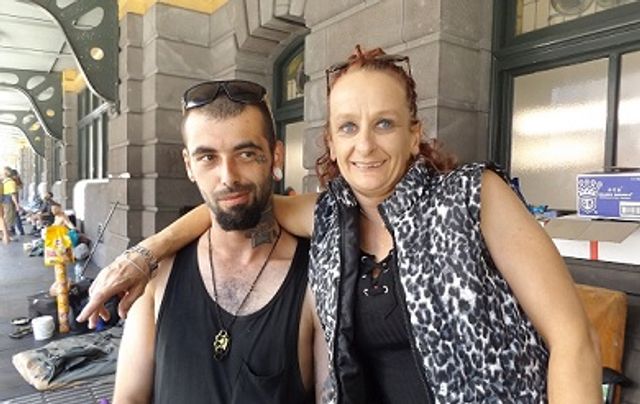 Naomi said: “These attacks by the council have been going on for six months, even longer. Everyone is getting their belongings taken away from them. It is just going to make people more angry.

“This morning there were 30 coppers here—Channel 7, Channel 10, Channel 9, all of them were here. We had to move our stuff over to the other side of the pavement, so the council workers could sweep through, and then we moved back. It makes me sick. The rich get richer, the system is stuffed… Getting a house on $500 a fortnight is impossible, even out of the city. I used to live in Mount Evelyn [37 kilometres from central Melbourne]. It used to be cheap because it was so far out but now you can’t even get housing there. You can’t even pay the rent.”