It is with great sadness that the World Socialist Web Site reports the death of M. Jon Posner, a longtime, well-respected criminal defense lawyer in Detroit. Posner represented the Workers League, the predecessor of the Socialist Equality Party, in numerous cases in the 1980s and early 1990s, defending the party’s right to conduct political activity without harassment by the police or other authorities. 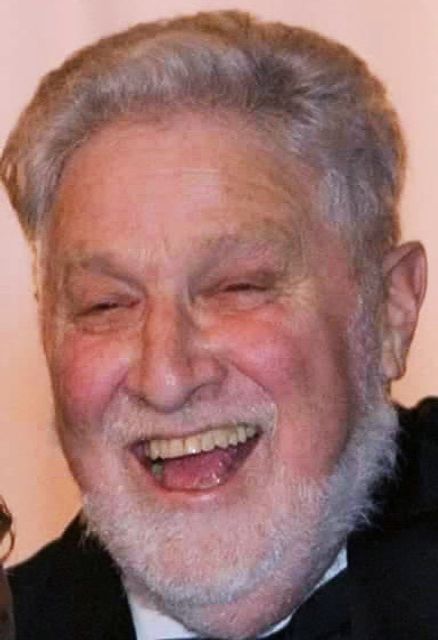 Posner, 73, died in his home in the Detroit suburb of Southfield on January 11 after a months-long battle with brain cancer. He is survived by his wife of 37 years, Roberta Henrion, his daughter Emily, a civil rights attorney in New Orleans, and his son Mike Posner, a popular recording artist.

In a measure of how well loved Posner was, hundreds of family members, friends and former clients packed into the Ira Kaufman funeral home last Friday for a memorial service. Warm tributes to Posner, known by friends and family as “Jonny,” recalled his commitment to his clients, including the hundreds of public defender cases assigned to him over his 47-year legal career.

Posner was born into a Jewish family, the son of Helen and Irving Posner, a social worker and a pediatrician, respectively. He graduated with a Bachelor of Arts degree from the University of Michigan, Ann Arbor in 1965. He earned a law degree from Detroit’s Wayne State University in 1968 and taught school for two years in Detroit under a federal anti-poverty program before being admitted to the bar in 1970.

An opponent of the Vietnam War, Posner came of age during socially turbulent times, including the 1967 urban uprising in Detroit, the largest of the nationwide upheavals against police brutality and poverty that swept across the US in the 1960s. During this period, many anti-war, civil rights and labor activists, and the principled attorneys who defended them, were targeted for surveillance and harassment by the FBI and the notorious Red Squads operated by the Detroit Police Department and the Michigan State Police.

In 1975, Posner teamed up with attorneys Marc Weiss, Neal Bush and Ken Mogill to establish a practice in Detroit. The latter two young lawyers had previously traveled to New York State to defend Attica Prison inmates who survived the 1971 massacre ordered by Governor Nelson Rockefeller. Over the next 42 years, Jon and his fellow attorneys worked on many civil liberties cases, including the defense of hundreds of striking Detroit newspaper workers arrested on the picket lines during the 1995-97 strike and lockout.

“Jon was always on the side without power,” Mogill told the World Socialist Web Site. “He had an amazing lack of ego and even after winning a case would never toot his own horn. The Russian author Dostoyevsky once said, ‘The degree of civilization in a society can be judged by entering its prisons.’ Well, you can judge the humanity of Jon by how he treated people in prison or those who were at risk of going to prison.”

On several occasions, Posner defended the Workers League when its members were arrested for political activity, including distributing the party’s newspaper, the Bulletin, at factory gates, picket lines, demonstrations and in working class communities.

The 1980s and early 1990s was a period of popular opposition to the class war and militarist policies of Ronald Reagan and George H.W. Bush, including the wave of union-busting that began with Reagan’s 1981 firing of 13,000 striking air traffic controllers. In Detroit, Democratic Mayor Coleman Young, elected in 1973 for his public opposition to police brutality, did not hesitate to use the cops to break strikes and harass socialists and other political opponents.

It was a comfort for members of the Workers League to know Posner was only a phone call away if they found themselves hauled off by the police on one or another bogus charge of “disturbing the peace,” “trespassing,” etc. The groundless arrests were aimed at bankrupting the party with high legal costs and intimidating and silencing its members.

Posner was the rare attorney, however, who was not concerned with pursuing a lucrative career but in defending constitutionally protected free speech and other core democratic rights. Although he took on the Workers League cases pro bono, he diligently prepared his defense, exposing the false claims and pseudo-legal arguments of the authorities and invariably winning an acquittal or a plea deal with reduced charges and no punishment.

Many Workers League members, including the author of this tribute, owe a great debt of gratitude to Posner for his dedication and principles.

In 1984, D’Artagnan Collier, a 16-year-old student at Osborn High School, was suspended for “interfering with the education process” because he was an active member of the Young Socialists, the Workers League’s youth movement. To the surprise of the high school’s principal, an ally of Mayor Young, Collier showed up at his disciplinary meeting with Posner at his side. Soon afterwards, the punishment was lifted. Years later Collier would run as the Socialist Equality Party’s candidate for Detroit mayor in 2013.

Posner got this author out of jail several times. The last time was in 1990 after an arrest in Pontiac for passing out leaflets to state employees at the Clinton Valley mental health facility, which was threatened with closure. At trial, Posner presented a detailed defense, placing a traffic pattern map into evidence and demolishing the prosecutor’s charges of “obstructing traffic.”

Another case involved the arrest of two Workers League members on the very day President George H.W. Bush announced the start of Operation Desert Storm in the first Gulf War—January 16, 1991. The two were arrested and charged with “trespassing” for distributing anti-war leaflets to students during a Martin Luther King Day march near their Detroit school. Posner had to fight to get the release of the two, who were held for 12-14 hours while their jailers watched the bombing of Baghdad. When they went to court with Posner, the cop did not show up and the charges were dropped.

Even as criminal defense work became more and more difficult in the face of the right-wing lurch of both political parties, up until his retirement Posner continued to take public defender cases, visit low-income clients in jail and prepare their defense. Of his numerous assigned cases, he once said, “I am a lifeline to indigent clients. I can be their one hope to get their lives back on track, when everyone else around them has given up.”

He also served as a board member and treasurer of both the Legal Aid and Defender Association and the Detroit chapter of the National Lawyers Guild, while committing time to training a new generation of defense attorneys. At the funeral, it was announced that Posner’s name was being added to a scholarship fund named after his late law partner, Mark Weiss, at Wayne State’s Law School.

In her tribute at the memorial service, Emily Posner said her father had for four decades fought inside a “criminal justice system that is one of the most humiliating and dehumanizing institutions.” He was deeply humane, she said, and the type of lawyer “you would want to fight for you when the state or the government threatened to take away your freedom.”