Performers in the classical music field have joined the widespread protest over the Trump administration’s attempt to ban the entry of refugees and visitors from seven Muslim-majority countries that he has branded the sources of terrorism.

Symphony orchestras in major US cities (and many smaller cities as well) have large and growing numbers of immigrants in their ranks, and the music they perform is international in scope and history. Visiting orchestras, of course, consist almost entirely of non-US citizens. 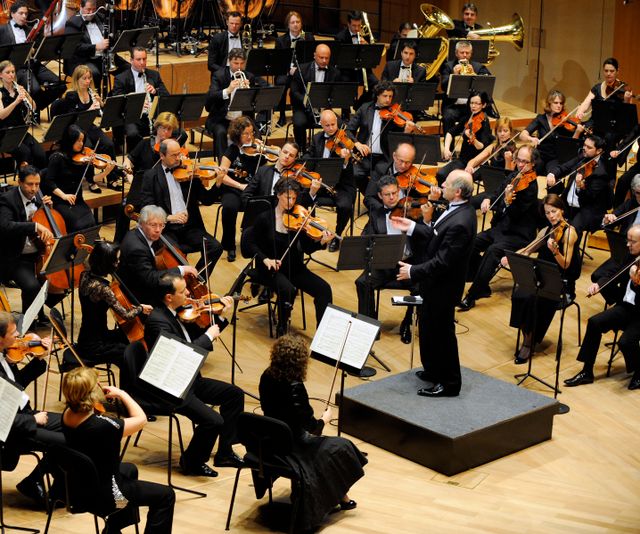 In the case of the highly regarded Budapest Festival Orchestra, currently in the midst of a five-city US tour, the travel ban nearly prevented the participation of one of its members. Only the last-minute intervention of BFO conductor Ivan Fischer succeeded in securing the entry into the US of an Iraqi-born Hungarian cellist who is a vital part of the ensemble’s string section. The cellist is a Hungarian citizen, but holds Iraqi citizenship as well.

The Budapest orchestra’s tour brought it to Newark, New York, Boston, Chicago and Ann Arbor, Michigan. Its programs, featuring the Bronx-born Richard Goode, one of the greatest American pianists, consisted of Beethoven symphonies paired with some of his piano concertos.

Ivan Fischer is a Hungarian conductor and composer whose work, especially with the Budapest Festival Orchestra, has attracted acclaim and wide recognition. He is known as an outspoken opponent of extreme nationalism and the growth of ultra-right elements, both in the government of Viktor Orban in Hungary today, and elsewhere as well.

The 66-year-old conductor, of Jewish ancestry, lost some of his grandparents in the Holocaust. He told the New York Times that he saw echoes of the past--when Jewish musicians were removed from such orchestras as the Vienna Philharmonic and Berlin Philharmonic and later exiled or in some cases killed--in the current conditions of the rise of anti-Muslim and anti-immigrant hatred. “Having learned this lesson,” he is quoted as saying, “I have a very strong determination not to allow that ever to happen.”

According to the BFO website, the orchestra has for a number of years been performing in abandoned synagogues in Hungarian towns and villages where the Jewish communities were destroyed in the Holocaust. The local community hears a free concert, and also a brief talk about the synagogue and the history of the local community. Fischer sees this as part of an effort to combat the danger of renewed anti-Semitism, along with hostility to immigrants and refugees.

Fischer is also known for his unusual and imaginative attempts to break down barriers that have been allowed to grow between classical music and today’s audiences. These have involved fresh presentations of important classics, without violating the content and spirit of the compositions. In Budapest he has sometimes held concerts where the programs are not announced in advance, and he has also attracted audiences of tens of thousands for open-air performances.

On his current tour, the Times reports, the BFO’s performance of Beethoven’s immortal Fifth Symphony saw music students from New York’s Juilliard School and Bard College suddenly move onto the stage to join with the older musicians in the work’s closing measures. In a performance of Beethoven’s Ninth, choristers appeared in different parts of the auditorium for the Ode to Joy choral finale.

Conductor and pianist Daniel Barenboim is also known as a defender of the rights of immigrants and refugees, as well as an opponent of the brutal and longstanding Israeli occupation of the West Bank. He joined Fischer last December for a fund-raising concert for the Budapest ensemble’s “synagogue project.” The orchestra’s official funding was cut back last year, possibly as retribution for its conductor’s outspoken political stance.

American orchestras have issued statements or otherwise indicated their opposition to the travel ban. One of the more prominent examples was the special program presented by the Seattle Symphony on February 8, a program which originated at the initiative of the musicians themselves. The concert, titled “Music Beyond Borders,” consisted entirely of music by composers from among the seven countries targeted by Trump’s travel ban. The composers included two Iranians, an Iraqi, a Sudanese and a Syrian.

The principal trumpet for the Seattle Symphony, introducing one of the works, noted that about one-quarter of the 80 musicians of the orchestra were immigrants, hailing from 15 countries. The music on the program reflected a cross-fertilization between Western and Middle Eastern classical traditions, and included a large number of instruments not usually heard in US concerts, among them an oud (a stringed instrument related to the lute) and a santoor (an Iranian instrument similar to the hammered dulcimer).