The Look of Silence: Important documentary on the aftermath of the 1965 Indonesia massacres

The streaming provider Netflix is currently featuring The Look of Silence, a 2014 documentary by the Academy Award-nominated director Joshua Oppenheimer (The Act of Killing, 2012). 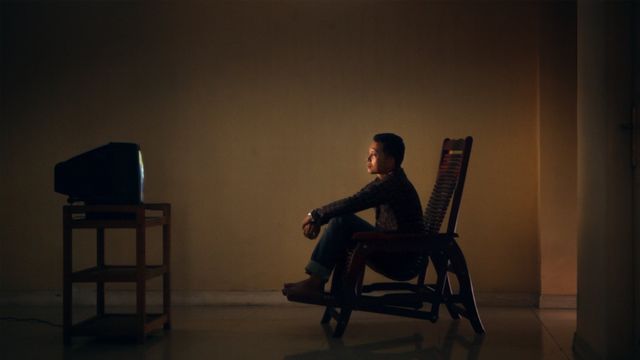 In a profoundly moving, intimate and disturbing way, The Look of Silence deals with the long-lasting and devastating impact the mass murder of up to one million Communists and suspected Communists in 1965-66 has had on Indonesian society.

Following a US-backed coup that overthrew the bourgeois-nationalist regime of Sukarno in the fall of 1965, the Indonesian army, mobilizing gangster and lumpen elements, exterminated vast numbers of people who were members or supporters of the Indonesian Communist Party (PKI) within half a year. About a quarter million people were put in concentration camps, where many lingered for over a decade.

With 3.5 million members, the PKI was then the third-largest Communist Party in the world, after those in the Soviet Union and China. If one includes affiliated organizations, the Communist movement in Indonesia numbered some 20 million people, the overwhelming majority of them workers and peasants.

General Suharto, placed in power by the coup, remained president until the economic crisis of 1998, when mass protests forced him to resign. Throughout this period, any reference to the horrendous crimes perpetrated by his regime was strictly forbidden. The perpetrators filled all the key positions in the Indonesian government on the national, regional and local levels. To this day, the killers have never been held accountable. Quite the contrary: they continue to be glorified as national heroes.

The US backed this bloody regime for decades. Indonesia was of key strategic significance for control of the Asia-Pacific region. Moreover, the destruction of the movement of the oppressed masses of Indonesia was seen as a critical element in the struggle against the threat of socialist revolution and in the stand-off with the USSR and China, then still a deformed workers’ state.

The Look of Silence, a companion piece to Oppenheimer’s earlier documentary The Act of Killing, examines the legacy of these crimes through the experiences of one family. 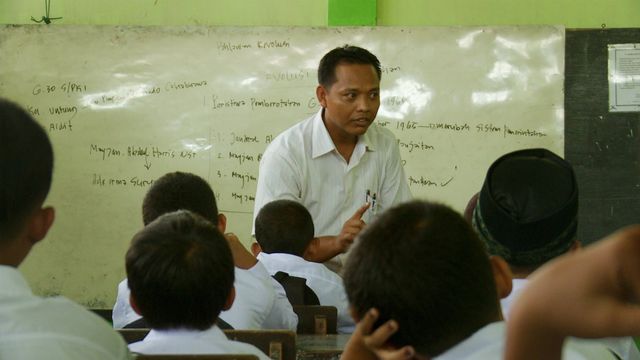 The film focuses on the confrontation between Adi, whose older brother Ramli was killed in 1965, with the latter’s murderers. These men participated in Oppenheimer’s earlier film, The Act of Killing, describing how they brutally tortured and killed Adi’s brother.

A middle-aged man, married with two children, Adi is an optometrist in an unnamed Indonesian village. For security reasons, all places and real names are withheld.

The film features a sequence in which Adi watches on a television the scenes from The Act of Killing in which his brother’s killers describe the murder in detail. In another scene he watches an NBC feature from 1967 hailing the “single biggest defeat ever handed to Communists anywhere in the world” in Indonesia.

The Look of Silence continues with an outrageous interview with a local official in Bali claiming that the Communists had asked to be killed, before the reporter starts to praise the country’s “fabulous potential wealth in natural resources.” Ex-members of a Communist-run rubber union are shown working at gunpoint for American companies.

Indeed, the murder of the PKI members and sympathizers was not only tolerated, but actively pushed for by the US government. The American embassy in Jakarta provided the army with CIA-prepared lists of PKI activists who were to be eliminated.

Adi was born after his older brother was killed. His parents are both very old. The viewer gets a sense of how devastatingly the trauma of the murder and the massacres of 1965-6 has haunted and shaped the family’s life.

The father is almost completely deaf and blind, and suffers from dementia. While no overt reference is made to the social status or background of the family, the camera tactfully shows their impoverished house, which is little more than a hut made of stone.

Adi’s mother talks about little else but Ramli’s death. At one point, Adi asks her: “Mother, how do you feel being surrounded by your son’s killers? You see them every day.” She responds: “It’s horrible. When we meet in the village, we don’t speak. I hate them. ... They destroyed so many people. Now they enjoy life.” She has no way to explain what happened except as the will of God, and her only hope is that her son’s killers will pay for their crimes in the afterlife.

As the viewer soon learns, however, it is not just Adi’s family that was traumatized by those events. The entire village lives under the shadow of this massive crime, which continues to be systematically covered up by the government, in schools and media propaganda. We see Adi’s son, about 10 years old, in school where the teacher tells his pupils that the 1965-66 killings were a necessary preventive act against the Communists who had allegedly tortured people—“the Communists were cruel so the government had to repress them.”

Another inhabitant of the village, who managed to escape from the massacre that claimed the life of his brother, tells Adi: “The past is past. I’ve come to accept it. I don’t want to remember. It’s just asking for trouble. It’s covered up. Why open it again?” 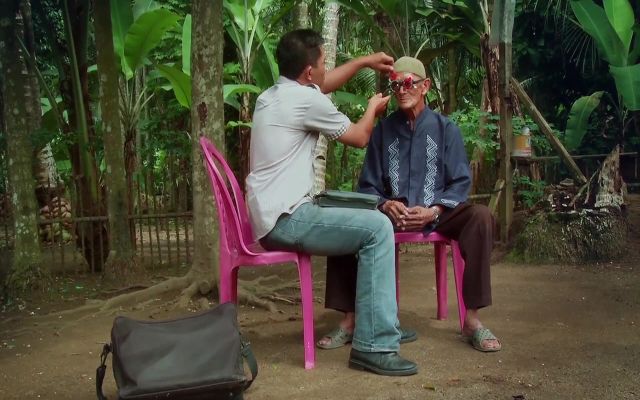 The extraordinary violence of the killings emerges from the extremely tense confrontations between Adi and his brother’s murderers whom he visits on the pretext of testing their eyes for new glasses.

The first man Adi confronts describes how he cut off women’s breasts. When Adi asks him whether his neighbors are afraid of him, he responds: “They’re scared of me. They know they’re powerless against me.”

Another one threatens him openly: “If you keep making an issue out of the past it will definitely happen again.”

In another confrontation, Adi meets an old man who was also involved in the murder, but now suffers from dementia. He remembers, however, that he drank the blood of his victims in order “to not go crazy.” His daughter, sitting next to him, is horrified as she hears her father speaking and says, “I never knew this.”

Both Adi and his mother are courageous and unusual figures and their lives and character cannot but impress the viewer. Oppenheimer’s personal and respectful manner of filming Adi’s parents in particular is striking and very moving. They become representatives of the suffering of millions of impoverished peasants and workers in Indonesia, whose lives continue to be shaped by 1965. Oppenheimer worked with and filmed Adi’s family for some 10 years before The Look of Silence was edited and released, and the film greatly benefits from the close relationship he was able to establish with them.

Since 2012, Oppenheimer has been unable to return to Indonesia for reasons of his safety. His team continues to provide financially for Adi and his family who moved from their home village after the movie was finished.

In a discussion at the Berlinale in 2015 with Werner Herzog, one of the producers of the film, Oppenheimer stated that at two screenings of the film in Jakarta, Adi, who attended without any prior publicity, received standing ovations some 10 to 15 minutes long. Unlike The Act of Killing, this film was screened in Indonesia with the help of the government’s human rights body. It was also shown in many cities and campuses throughout the country, often in spite of threats by right-wing paramilitary and anti-Communist organizations.

The powerful response the movie has encountered in Indonesia testifies to a real urge in sections of the masses and youth to come to grips with this horrible past.

The Look of Silence does not go into any of the larger political issues raised by 1965. However, it manages something still all too rare in contemporary documentaries and cinema: on a very high artistic level, it provides an honest and revealing insight into a society—in this case, Indonesia—and the fundamental historical issues facing the working class and oppressed masses.

To understand more deeply the issues raised by this film, however, viewers will have to go further than Oppenheimer and turn to a serious study of the history of the socialist movement in Asia and its betrayal by Stalinism and Maoism, which, in subordinating the working class to bourgeois nationalism and sabotaging its revolutionary struggles, ultimately made possible the coup and massacres of 1965. A good starting point for this is the ICFI pamphlet Lessons of the 1965 Indonesian Coup.