On Friday, Samantha Geimer, the victim in the 1977 incident that resulted in Roman’s Polanski’s conviction for unlawful sexual intercourse, pleaded with Judge Scott M. Gordon to sentence Polanski to time served, so that her family could be released from the media spectacle that has haunted her life for four decades.

Addressing the court, Geimer urged the judge to “consider taking action which will finally bring this matter to a close.” She said that both she and Polanski had suffered enough through the years. 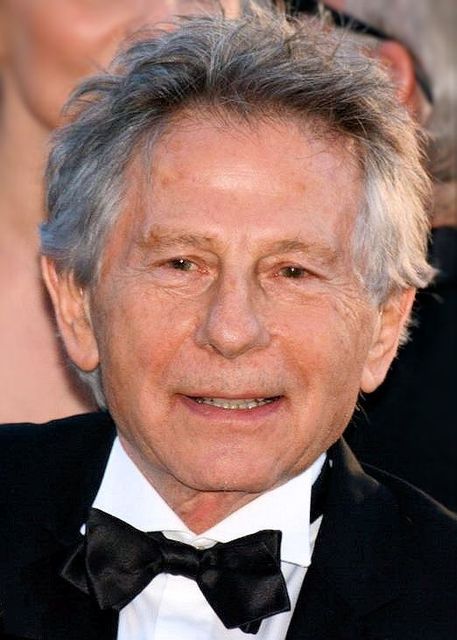 “Without dismissing Mr. Polanski’s shared responsibility,” Geimer told the judge, “I would implore you to consider taking action that would finally bring this matter to a close as an act of mercy to myself and my family.” She further explained how she did not want her grandchildren exposed to what she and her sons have faced for decades now.

Prosecutors, however, countered that dismissing the case based on Geimer’s wishes would only disrupt the judicial system. “Such a rule would incentivize perpetrators to harass their victims,” Los Angeles County Deputy District Attorney Michele Hanisee said.

Geimer noted the transparent hypocrisy of that comment at a news conference after the hearing: “If I was standing here saying to throw the book at him, my opinion would matter.”

She later pointed out to reporters how her and Polanski’s treatment at the hands of the media had become reversed over time. “When this happened, my mother and I were [presented as] ‘lying gold diggers’ who were attacking poor unfortunate Roman. It was a much different story. I was [called] a ‘drug-doing Lolita’ that had cornered him into this. And I was lying. Now he endures it. Now everyone calls him a pedophile and says terrible things about him, which aren’t true. The insults have switched, but I have empathy for the way he’s treated because I was treated the same way when this first happened.”

She further remarked that the media has wanted her to play the role of victim for the last 40 years, even though she had long ago gotten over the episode. “I just wasn’t as traumatized as everybody thinks I should have been.” To other sex crime victims, she said: “Do your best to recover. Don’t let people tell you can’t recover.”

“It was a commitment by the judge in the presence of the district attorney, the defense lawyer and the victim’s lawyer,” Braun told reporters after Friday’s hearing. “Then he changed his mind saying [the sentence] could go up to 50 years.” Braun emphasized, “I’m not defending his [Polanski’s] conduct, I’m trying to defend against a dishonest system.”

Gordon said he would issue a written ruling on the matter. If he were to drop the warrant for Polanski, 83, it would end a nearly four-decade, politically motivated effort by authorities to have the director incarcerated.

Polanski’s legal quagmire dates back to his guilty plea in 1977. Under the terms of his plea agreement, the filmmaker was to undergo a 90-day psychiatric evaluation at Chino State Prison. It was assumed and agreed by all the parties that based upon Polanski’s lack of record and the facts of the case, the evaluators would find him amenable to a probationary sentence, which Judge Rittenband would then impose.

The evaluators needed only 42 days to make this determination, and Polanski was released pending his return to court for sentencing. While awaiting sentencing, the director was allowed to travel to Europe to complete work on a film.

Polanski came back to the US, but right before the sentencing took place, Judge Rittenband privately discussed his intention to renege on the agreement and send Polanski to prison.

In a panic over the possibility of this far harsher than agreed-upon sentence, Polanski fled the US on February 1, 1978, the very day he would have appeared for his sentencing. He went to Paris, where as a French citizen he was shielded from extradition.

Because of Polanski’s failure to appear for sentencing, a warrant for his arrest was issued. This is why he is subject to arrest if he enters the United States, and as well is the basis for attempts by Washington in the last several years to initiate extradition proceedings against him.

Judge Rittenband, who died in 1993, has emerged as a highly controversial figure. In the 2008 documentary Roman Polanski: Wanted and Desired, David Wells, a Los Angeles deputy district attorney who was not directly involved in the case, but who had access to Rittenband, claimed he had privately encouraged Rittenband to repudiate Polanski’s plea agreement. Wells explained that he had shown the judge newspaper photos of Polanski in Munich supposedly partying with “bimbos.”

In 2009, in response to the documentary, Polanski’s lawyers moved to have the matter dismissed on the grounds of prosecutorial and judicial misconduct. Their requests at both the trial level and appellate level were denied. On each occasion, however, the courts conceded there was strong evidence of judicial misconduct, but could not rule without Polanski being present.

By insisting that Polanski had to appear to have his case presumably dismissed because of judicial misconduct, the courts were asserting their need to maintain authority over their “subjects,” even when the defendant’s absence was the direct result of their own official wrongdoing.

Polanski’s lawyers argued that based on the record of the case, the filmmaker was justified in not trusting the judicial system and therefore his non-appearance was reasonable and, in any event, unnecessary to complete the proceedings. Moreover, the prosecution’s insistence that Polanski personally appear was belied by the fact that during the previous 32 years the District Attorney’s office had never attempted to extradite Polanski, and had not done so precisely to avoid having to respond to misconduct allegations.

In response, the Los Angeles District Attorney’s office for the first time initiated extradition proceedings against Polanski that culminated in his arrest in September 2009 in Switzerland.

The filmmaker was jailed for two months and then put under house arrest at his home in Switzerland while awaiting a decision on appeals fighting his extradition. In July 2010, a Swiss court rejected the United States request, again relying on evidence of judicial misconduct and declared Polanski a “free man” and released him from custody. 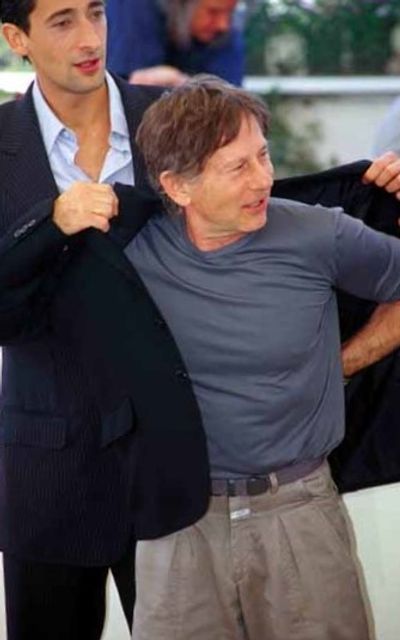 Polanski in 2002 at the Cannes Film Festival for The Pianist (Photo credit: Rita Molnar)

In 2015 the US government issued an extradition request to Poland where Polanski was about to film a movie based on the Dreyfus affair. The request was denied by Polish Regional Court Judge Dariusz Mazur, who cited many of the same reasons as the Swiss court. In 2016 with the installation of the ultra-right Polish government of Prime Minister Beata Szydło, an unsuccessful attempt was made to appeal this ruling.

This was not Samantha Geimer’s first attempt to have the Polanski matter terminated. In 1997 she wrote letters to the Los Angeles Court and to the prosecutor’s office seeking to have the case dismissed.

In 2002, when Polanski was nominated for an Academy Award for The Pianist, Geimer wrote an op-ed piece in the Los Angeles Times in which she observed, “I have to imagine he would rather not be a fugitive and be able to travel freely. Personally, I would like to see that happen. He never should have been put in the position that led him to flee. He should have received a sentence of time served 25 years ago, just as we all agreed. At that time, my lawyer, Lawrence Silver, wrote to the judge that the plea agreement should be accepted and that that guilty plea would be sufficient contrition to satisfy us. I have not changed my mind.”

In 2015 in response to the Polish court’s rejection of the extradition request, Geimer told NBC News, “I believe they did the right thing and made the right decision given all the facts. Since I’m well aware of how long this has been going on, I’m very pleased and happy.”

“I’m sure he’s a nice man and I know he has a family and I think he deserves closure and to be allowed to put this behind him. He said he did it, he pled guilty, he went to jail. I don’t know what people want from him.”

What the American state “wants” has little to do with the rights and wrongs of the Polanski case. The continued campaign against the filmmaker is a reactionary political act, intended to whip up the most backward layers of the population against “Hollywood liberals” and “promiscuous intellectuals,” with unmistakable anti-Semitic undertones, escalate the assault on democratic rights and intimidate and suppress emerging political opposition.