Lawyer for framed up Maruti Suzuki workers: The court “committed violence” to the “principles” of law

A World Socialist Web Site reporting team traveled to India’s capital, New Delhi, and the nearby Gurgaon-Manesar industrial belt last month to speak with those fighting to overturn the frame-up convictions and brutal sentences imposed on militant workers at the Maruti Suzuki car assembly plant in Manesar, Haryana.

A Gurgaon district court was forced to admit that police had fabricated evidence against the workers and illegally colluded with management. Yet in March, it sentenced 13 workers to life in prison on trumped-up murder charges and another 18 workers to three- to five-year prison terms on lesser charges.

Twelve of the 13 men sentenced to life terms were the elected leaders of the Maruti Suzuki Workers Union (MSWU). Workers at the Manesar assembly plant established the MSWU in 2011-12 in bitter struggle against a company- and state-backed union that colluded in their brutal exploitation.

Having failed to thwart the development of the MSWU, the company, police and Haryana State government seized on a July 18, 2012 company-provoked, factory floor altercation and fire, during which a company manager die d from smoke inhalation, to arrest 150 workers on frame-up charges and institute a purge of the plant’s workforce, in which 2,300 workers lost their livelihood.

What follows is the second and concluding part of an interview with Rebecca John, a well-known Delhi advocate who represented the Maruti-Suzuki workers in the final stages of their four-and- a- half-year-long court case. The initial lead defense lawyer, R.S. Hooda, had fought the case while fighting a losing battle with cancer.

In the first part of the interview, John explained the significance of the court’s admission that the charges against 117 of the workers were bogus and the prosecution’s failure to in any way connect any of the workers to the fire that mysteriously erupted during the factory floor altercation. She also highlighted how the police and prosecution changed their narrative of what happened on July 18, 2012, asserting that the workers had attacked company managers with car beams and shockers, not, as they initially claimed, sticks and iron rods.

We asked Rebecca John to comment on the fact that in his verdict the presiding judge in the Maruti Suzuki workers’ trial, Judge Goyal, justified the exclusion of all testimony from workers who witnessed the July 18, 2012 events but were never accused of any crime with the claim that they would never bear witness against their fellow workers, i.e., that their testimony would invariably be biased and perjured. 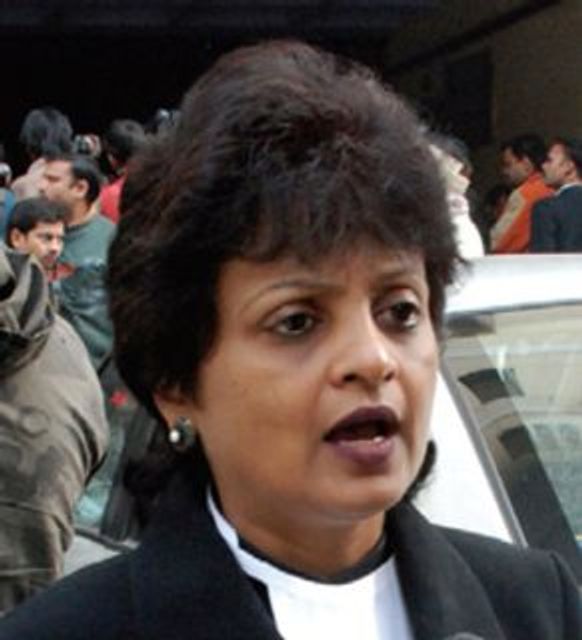 In response to our queries about the defense’s legal latitude to call worker witnesses to the July 18, 2012 events to testify, John said: “I was not involved in that part of the trial. That was done by a local team of lawyers in Gurgaon. I appeared before the court for final arguments. At that point, when the prosecution’s evidence had been exposed as a sham, been shown to merit the dust bin, I was not going to petition the court to ask for additional evidence to be heard. Why should I complicate things by asking poor workers to testify, to be subjected to cross examination?”

John explained that given the holes and outright fabrications the defence had exposed in the prosecution case, “the trial court had to struggle to find grounds on which to convict the accused. In effect, the court had to commit violence to the settled principles of criminal law.

“The judge gave the benefit of doubt to the prosecution and shifted the burden of proof to the accused. It is one of the grounds for our appeal. Absolutely.

“If the case against the workers was strong, if there were enough evidence, all that the judge would have had to do is to look at that evidence and connect it with individuals and convict them. That is if the case was strong. Obviously when the judge gives the benefit of doubt to the prosecution and shifts the onus onto the accused, it is incompatible with criminal law. And that is an indication of how weak the case is.”

When we asked Rebecca John about the fabrication of evidence, particularly medical reports of the injuries that the workers reputedly inflicted on company officials, and about police collusion with Maruti Suzuki management, she said: “You can’t view one piece of evidence in isolation. It is a holistic view that must be taken and that we presented to the court. So, the fabrication of evidence is one of the grounds we gave for dismissing all charges against the workers.

“Our argument for dismissal started with the fire and the prosecution’s failure to connect any workers to it; then went to the charge of weapons and the recovery of those alleged weapons (including the police’s violation of their own recovery procedures); then went to the medical reports. That was one of the grounds to show that the entire case was fabricated by the Gurgaon police at the behest of Maruti Suzuki management.

“The police were told they must teach a lesson to the workers once and for all—for a generation of workers, not just at Maruti, not just in Gurgaon, but across the board. This case is meant as a lesson for all workers.

“147 workers and their families have been made destitute. They were thrown onto the road—sons, brothers and husbands, literally reducing their families to destitution.

“So, tomorrow a worker will think of the consequences before he takes a stand. Will this mean tomorrow my children can’t go to school, or I can’t give food to my old parents? Or that’s the fear that Maruti Suzuki and the capitalist class want to instill.

“So, this is a kind of warning that the state delivered to the workers throughout the country: if you take up demands with us, demands you consider legitimate, we will react like this.”

Family members of the jailed workers outside courthouse [Photo credit to Rahul Roy, from The Factory (2015)

We asked John about the possibility of initiating legal action against the police officers that the judge found had fabricated evidence. She explained her priority is to win the freedom of the jailed workers. “My realistic expectation today is to argue the appeal in the most robust fashion possible and to get them all acquitted. Once that is done we will look at other possibilities. But I don’t want to jump the gun and say I want to prosecute police officers when workers are still in jail.”

She added that a favorable outcome for the appeal would likely also strengthen any future legal action against the police.

John also pointed to misconduct on the part of the prosecution. She explained that in arguing for the 13 workers found guilty of murder to be sentenced to be hanged, the special prosecutor, Anurag Hooda, had cited a judgment of a bench (section) of India’s Supreme Court that was subsequently overturned by the Court as a whole.

“In the courts, when asking for death penalty he cited an overruled judgment of the Supreme Court. And I caught him doing that.”

We asked John to comment on statements from the prosecution and courts calling for strong action to be taken against the Maruti Suzuki workers so as to reassure investors and buoy Prime Minister Narendra Modi’s “Make in India” campaign to woo transnational companies to site production facilities in India.

She replied: “Yes, there were completely judicially unbecoming statements made by the court when the workers’ bail application was taken up. The court said that such incidents are resulting in no foreign investments coming into the country. It is on the shoulders of 148 workers that the country’s FDI [foreign direct investment] requirements aren’t going to be fulfilled. It’s a bizarre argument.”

When we remarked that the courts are part of the state machine that upholds capitalist exploitation, John said, “There are class biases at all levels, from the police to the courts, which are essentially bourgeois courts. Across the world you see this bias.

“That makes the struggle of workers even more difficult. Because, as with the Maruti Suzuki workers, you are not only dealing with the facts of the case; you are also dealing with prejudices and biases, which are deeply ingrained in the system. It is a systemic problem, systemic prejudices and biases. And to get the courts to overcome those biases is actually one of our biggest challenges.

“There is an anti-poor bias, anti-Muslim bias, and anti-women bias. So, when you argue cases, which are like our case, you not only have to concentrate on the material evidence, but also on the bias in the judge’s mind. He is a part of the system and he is unable to overcome that bias.

“So, you get outrageous statements [from the courts] when a woman is raped. She should have not been outside in this particular hour of the night. Or she should not have worn the clothes she wore. As if the onus of being raped is on the woman who has been raped.”

Pointing to the Maruti Suzuki case, she added: “Likewise, in a worker-management situation, you not only place the onus of crime on all these men, a crime they did not commit. You also additionally place an onus on what they have done to the economy of the country. That comes from deep-rooted bias where you do not recognize the sacrifice of the worker. You think the worker is an employee of a particular workplace because of the gratis of the employer.”

John said she considered the convictions of the Maruti Suzuki workers an unprecedented legal travesty. The case “collapsed in totality”—with 117 of the 148 accused—fully exonerated. “But as I made the final arguments and interacted with the workers, I knew the court had to please Maruti Suzuki management.

“We must take heart in the fact that we were able to free the vast majority of the workers. We remain committed to the case and we are very confident that the remaining will be acquitted by the high court.”

Shortly, after John and her legal team filed their appeal of the convictions of the 31 workers, Haryana’s Attorney General announced that the state will soon file its own appeal, seeking to overturn the acquittals of the 117 other Maruti Suzuki workers and harsher sentences for the 18 workers convicted on lesser charges. (See: “Indian authorities seek to imprison more Maruti Suzuki workers on frame-up charges”)