On June 25, Amazon CEO Jeff Bezos met with Indian Prime Minister Narendra Modi in Washington DC alongside over a dozen other corporate leaders. After the meeting, Bezos tweeted that the meeting was “terrific” and that he was “energized by optimism and invention in India.” He pledged to expand Amazon’s already $5 billion investment in the company’s India operations, which launched in 2013.

Amazon is pleased working in India because it can exploit the working class and pay its workers starvation wages. The International Amazon Workers Voice spoke with Indian Amazon workers who reported that warehouse workers make just $233 per month.

A 28-year-old Amazon worker in India named Abdul told the IAWV, “Multinational companies are exploiting workers as cheap labour in this country. Even worse is the condition of workers in Indonesia and Philippines, where the governments are pleading with investors to come and invest in their countries as they promise supply of much lower paid workers.” 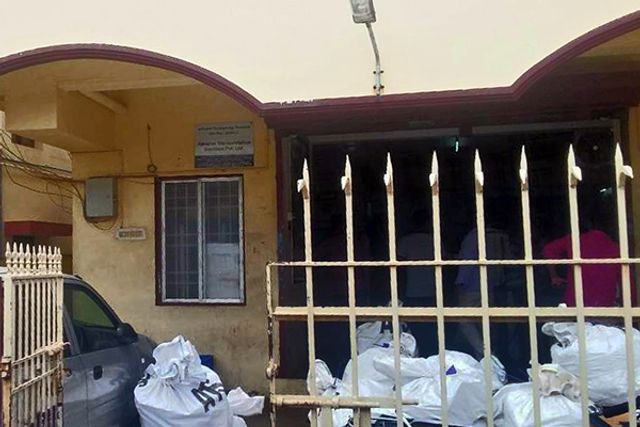 An Amazon logistics center in India

India has become the second largest online hub for Amazon, a US-based global e-commerce conglomerate. It is reported that it supplies 35 million products all over the country with 41 fulfillment centres across 13 Indian states.

With packing workers making $233 per month, it is no wonder the corporate giant wants to expand operations in India. Bezos made $2.8 billion in one day earlier in June after announcing Amazon’s purchase of Whole Foods. It would take an Indian Amazon worker 1,001,430 years to make the same amount.

Amazon exploits workers all over the world, pitting them against one another in a race to the bottom of cheap wages and minimum benefits.

An Amazon spokesperson excitedly boasted to the media of the rapidly growing market in India: “We are very excited by the tremendous response we have received from our customers and sellers in India. India today is the largest market outside of the US for a number of new customers to Amazon. We continue to look at India as a key growth market and continue to invest aggressively with a long-term horizon.”

Amazon has set up centres in major cities including the capital Delhi, Mumbai and Pune in the West and Chennai, Bengaluru and Hyderabad in the South. With close to 14,000 workers, the company has announced its biggest campus outside the US, in Hyderabad, and around 10,000 workers in Bengaluru.

According to a press report, Amazon leads in India-specific innovations and introduced several new programmes like Kirana Now, the grocery business, Project Udaan, a skill development initiative for sellers and Amazon Business, a B2B wholesale marketplace for the procurement of supplies by small and medium businesses.

At the Royapettah facility, there are around 300 contract workers who are not directly in company’s pay roll. The centre operates with three shifts with 90 workers in each shift. Of the 300 workers, 90 workers come per shift.

Ranga, 37, a driver at Amazon Transportation Services Pvt Ltd., has worked in this company for nearly two years as a contract worker. He told the WSWS about the miserable conditions at work: “If we take a casual or medical leave we will not get paid. There is no holiday per week. Only for those working in Amazon, benefits such as Provident Fund (PF), ESI [Employee State Insurance,] and paid holidays are applicable.” Only about 60 employed at the facility technically qualify for these.

“Most of the workers who are involved in transportation and delivery are contract workers. Those who worked for more than two years are made permanent employees at management’s wish. Those workers are paid 15,000 rupees. In the last three years, many workers have left the job due to workload and low wages.”

Ranga expressed solidarity with Amazon workers in Europe who were recently involved in a brief strike against the corporate giant.

“I know Amazon operates globally. But now only I came to know through the International Amazon Workers Voice about Amazon Germany workers struggle.”

Amazon workers worldwide have the same class interests. So long as the corporation can pay Indian workers so poorly, the economic pressure driving wages down for Amazon workers in Europe and North America will only increase. This raises the need for the international unity of Amazon workers worldwide. Workers must reject the lie advanced by the trade unions which claim these international corporations can be fought on a “national” basis. Efforts to divide workers with nationalist poison only help the corporate bosses.

Workers must build their own committees, independent of the capitalist parties and the trade unions, to establish links via social media with their coworkers internationally. Only on this basis can the working class fight back against Amazon and corporate behemoths like it.