The Spark: UK band Enter Shikari at an artistic cross-roads

The radical and raucous rhetorical element of the band’s previous work is still there, but the music has in addition something more introspective, escapist and pessimistic about it—reflected in a less frenetic, more mellow sound.

With the new album the band is attempting to navigate their way through an increasingly fraught political and social atmosphere—the growth of militarism, nationalism and inequality—and to continue to encourage an alternative.

The pressures and contradictions involved cause problems. They undoubtedly contributed towards the 2015 breakdown suffered by frontman and songwriter Rou Reynolds. 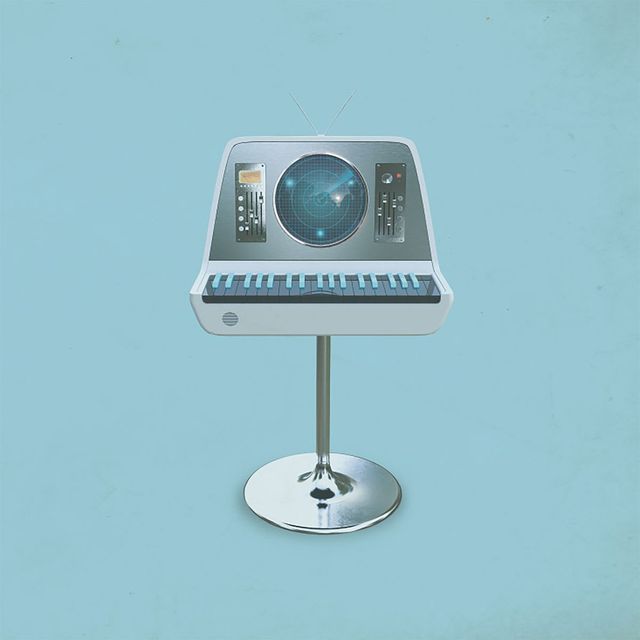 Listening to The Spark suggests Enter Shikari is at a political and personal crossroads. Upon the album’s release, Reynolds told the Independent, “You still get that ‘apathy is cool’ thing with some bands, but I don’t think you can take that position any more, in 2017.”

“The world is so tumultuous. But I wouldn’t be able to put so much passion into writing if I wasn’t also experiencing protests outside of music. Maybe that’s a sort of litmus test for whether the music is real or not. What I was trying to do with this album in marrying the personal and the political is to ensure that human vulnerability is laid bare, and to not be afraid to speak about emotions.”

Reynolds says that the failure to speak about emotions was “one of the big reasons you get people like Donald Trump.” This is of course misguided. The emergence of Trump is not the result of repressed emotions, but the outcome of the protracted crisis of American capitalism and the culmination of a process that has developed over decades.

The frontman adds that it was “natural, and incredibly inspiring” that young people were becoming more politically involved, as evidenced by the election of Jeremy Corbyn as Labour Party leader. He is clearly striving to articulate an artistic response to the political and social complexities he sees. “So much happened over those two years, globally and in my personal life,” he says. “Some of it is maybe even a self-confidence thing, feeling as though I don’t have much to offer in terms of art that helps other people. But seeing as 2015 was the year of hell for me, it wasn’t just that I wanted to write a more personal record, I had to.

“In terms of songwriting I wanted to make a record that concentrated on lucidity, music that instead of being five songs in one—which is what a lot of our older stuff was—concentrated more on melody.”

The question is whether this produces a development or a regression, or perhaps a combination of the two.

The older material Reynolds refers to begins 18 years ago when he, Chris Batten and Rob Rolfe formed the trio, Hybryd. In 2003 Enter Shikari was launched when Liam “Rory” Clewlow joined. That line-up remains unchanged. They draw on an eclectic mix of influences, citing the Beatles, The Prodigy, Rage Against the Machine and Sick of it All.

Their sound has evolved. Their debut, Take to the Skies (2007), was heavily influenced by metalcore (an amalgamation of heavy metal and hardcore punk) coupled with the synths and electronic instrumentation of genres like trance and house. The vocals were a blend of the screamed and the clean.

Reynold’s lyrics struck a chord with a new audience, coming just as the global crash of 2008 broke.

Common Dreads (2009) showed a stylistic shift, musically and lyrically. The band introduced more electronic elements and styles, reduced and refined the screamed vocals, and employed noticeably more politicized lyrics, as in “Fanfare for the Conscious Man”:

“Our gracious queen should grasp her crown
And take a good fucking swing at Blair and Brown
For leading her country into illegal warfare
And tryna [trying to] pass it off that we’re doing it ‘cos we care.”

On The Mindsweep (2015) the band lambast the destruction of the National Health Service (“Anaesthetist”) and the banking system (“Bank of England”) with its image of the central Bank being blown up because there is “No room for ethics now, greed is in charge.” “Torn Apart” attacks the notion of race as something “reared in the mind.”

The Mindsweep ends with the clarion call:

“And we’ll start a world so equal and free
Every inch of this Earth is yours, all the land and all the sea
Imagine no restrictions, but the climate and the weather.”

Speaking of The Mindsweep to rocksound.tv Reynolds said, “On previous albums, the songs were written towards an overall theme. It was about being the voice of the voiceless, standing up for the oppressed. With this one, I’ve consciously tried to not just speak about British society, but explore a more global scope… The biggest problems that humanity faces are universal.

“People are simmering. There’s so much discontent, and we want a different world.”

In The Spark the hardcore punk and heavy metal elements have mostly departed. The electronics are less oriented toward dance music. “The Sights,” “Live Outside” and “Undercover Agents” are fairly upbeat pop tracks, while “Rabble Rouser” has strong grime influences. “Shinrin-yoku” stands out as the most musically and lyrically uplifting. 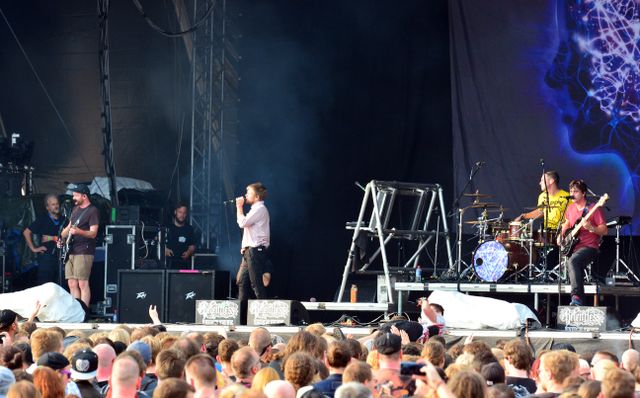 However, elsewhere, the lyrics are less hard-hitting. The whole comes across as rather out-of-sync. There is cathartic release here, most poignantly on the contemplative “Airfield” and “An Ode to Lost Jigsaw Pieces (in Two Movements)”. “Take my Country Back” declares pessimistically, “We’ve really gone and fucked it this time.”

Reynolds confides in Team Rock, “Politically the last few years have just been crazy shock after shock…you feel like you’ve been nudged off the path where you’re going and it’s about trying to get your bearings again. What are we rallying against? What is a progressive thinking person supposed to think about this?”

The chief difficulty is that what Reynolds believes to be progressive is no such thing. The Zeitgeist Movement and the films of its founder, Peter Joseph, have been a huge influence on his work and shaped the values of the band. Reynolds was guest speaker at the movement’s 2014 annual conference.

The Zeitgeist Movement was founded in 2008 just as the global economic crisis erupted. It was steeped in various conspiracy theories, including those culled from right-wing and anti-Semitic sources—blaming a secret banking elite in control of the circulation of money for the world’s ills. It claimed the solution to capitalist corruption and inefficiency was not political action by the working class, which it claimed was non-existent, but reforms enacted by an enlightened technocracy.

Reynolds’ crisis of perspective confirms that drinking intellectually from such a poisoned chalice will not, indeed cannot, nourish a healthy artistic response to the profound social and political problems that have animated the work of Enter Shikari to date. A serious re-examination is required.