Twelve-year-old Marvin Traylor died in a house fire Monday morning in the impoverished Detroit enclave of Highland Park. The cause of the fire, which started around 5 a.m., is still under investigation, but authorities say it might have been started by a space heater on the second floor. Overnight temperatures between Sunday and Monday fell to 30 degrees. 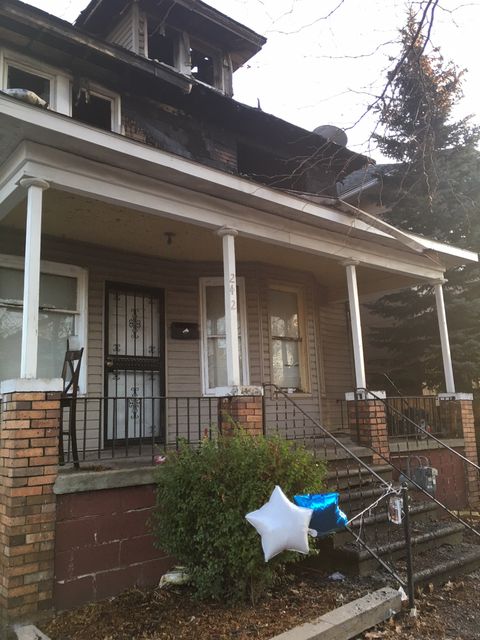 Marvin’s 13-year-old sister, Honesty, suffered burns and smoke inhalation but was able to escape from the second floor and run to a neighbor’s house for help. Firefighters and medics from nearby Detroit and Hamtramck, along with emergency responders from Highland Park, arrived to find the three-story wooden house fully engulfed in flames. After battling their way to the third floor they discovered the teenager’s body.

The children’s mother, who neighbors told the World Socialist Web Site is a nurse, was working the night shift when the fire occurred. After she returned to the tragic scene, the inconsolable mother was taken to Children’s Hospital where her daughter was being treated.

Marli Blackman, press secretary for the City of Highland Park, said the mother regularly gets home in time to get her children ready for school. “There are no laws against being home alone. The mother is a good mother and she was at work.” Blackman said.

“The anxiety is very high for firefighters when they know someone is inside,” said Detroit Deputy Fire Commissioner Dave Fornell. “Right now, we don’t have all the answers but it’s tragic when a child loses their life in a fire like this.”

Like so many other gutted homes that dot the Detroit area, the burned house on the 200 block of Connecticut, south of the Davison Freeway and west of Oakland, quickly became a memorial, with flowers and balloons laid by neighbors, friends and others expressing sympathy for the latest victim of all too frequent house fires in Detroit.

A group of Marvin’s friends, J-Kai Banks, 9, Milen Maxwell, 9, and Myrhon Wagoner, 13, were walking up to the house when they stopped to speak with this WSWS reporter. “Marvin loved to play basketball,” J-Kai said of his young friend. “We’d all sit on the porch and talk about basketball and girls. His mom loved him. This is hard.”

Pointing to the almost routine character of such traumas in the neighborhood, the children pointed across the street to another burned out house, saying, “A woman died there two years ago, but the dog is still alive and is running in the neighborhood.”

According to social media postings, Marvin attended Bunche Preparatory Academy. A Facebook post by a public school teacher, cited by the Detroit Free Press, read: “Members of my Bunche family. Both the boy and the girl were former students of mine. They are good kids; Marvin was especially gifted. Please send healing prayers for Honesty and prayers of strength for the family to bear the tremendous loss of their son, Marvin.”

Neighbor Mark told the World Socialist Web Site that he rushed off to work very early Monday morning and only learned about the fire after he arrived at his job at Ford’s Dearborn Assembly Plant. He said the neighborhood was filled with retirees, city workers and other working class families scraping to get by. He is a lower-paid, second-tier worker at Ford and is forced to drive a cab and work another job to feed his children. 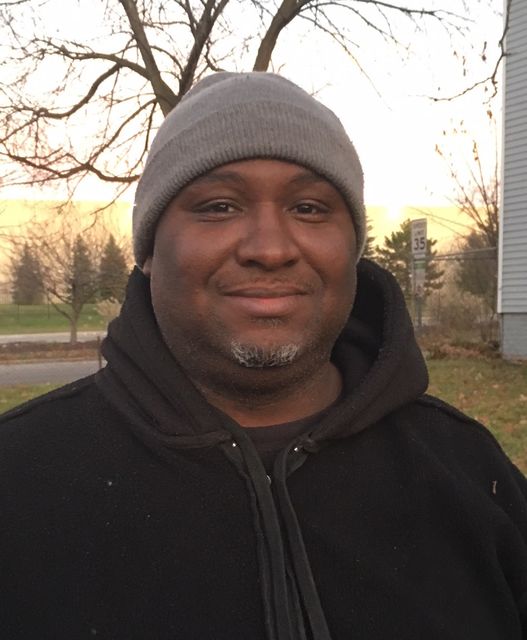 “The mother just bought the house and fixed it up. We have a block club here that watches to make sure abandoned houses aren’t stripped. So, they just took the boards off the house and she worked hard to get it ready. But these are old houses with poor insulation and it takes a lot to heat them in the winter.”

There was no indication that the house where Monday’s tragedy occurred had been cut off of power or gas. However, winter in Detroit and other urban centers is the season of death, as working class and poor families scramble to stay warm in the face of skyrocketing utility bills and shutoffs due to late payments.

Mark acknowledged that he had had his utilities shut off in the past and had to use a fireplace to keep his children warm. Referring to utility giant DTE Energy, he said, “They don’t care about anything but money. They’ll cut people off even if they need electricity for breathing machines, to cook their food or to stay warm. DTE is making billions and they won’t even trim the trees to keep them clear of the power lines.”

In February 1993, a fire at a home on Mack Avenue, which had its heat and water cut off, led to the deaths of seven children on the city’s eastside. At the time, the news media and city authorities scapegoated the unemployed parents for leaving their children “home alone,” while they were out collecting scrap metal, and the two were arrested and charged with involuntary manslaughter.

A public inquiry, organized by the Workers League, the predecessor of the Socialist Equality Party, exposed the criminal campaign of mass utility shutoffs—targeting hundreds of thousands each year—and the poverty and poor housing that was the real cause of the tragedy, and the parents were eventually acquitted.

Since then, there have been scores of other victims of utility shutoffs, including the January 5, 2010 fire on  Dexter Avenue, which took the lives of Marvin Allen, 62, Tyrone Allen, 61, and Tyrone’s girlfriend, Lynn Greer, 58, and the March 2, 2010 fire on Bangor Street, which claimed the three small children of  Sylvia Young. Because she was out buying a space heater at the time of the fire, the young mother also faced a legal vendetta, which was opposed and defeated by the SEP and its Committee Against Utility Shutoffs (CAUS).

After decades of deindustrialization, Highland Park, which was the home of Ford’s original Model T factory, the birthplace of modern manufacturing, has the highest percentage of residents aged 18 or older living at or below the poverty level—44.7 percent—in southeast Michigan. At the same time, 38.6 percent of those above the age of 65 lived at or below the poverty threshold in 2016.

After extracting billions in profits and tax abatements, Chrysler Corporation shut down its Highland Park headquarters in 1991 and moved roughly 5,000 jobs to its new $1 billion technology center in the Pontiac suburbs of Auburn Hills, Michigan. After lying desolate for years, the location is now the home to several auto parts manufacturers, including Magna, Lear and Yanfeng, which pay workers poverty wages.

In a nationally unprecedented move in 2011, DTE Energy repossessed its streetlights in Highland Park, leaving the small municipality of 16,000 people mainly in the dark. The action was due to an unpaid $4 million bill, which had been accumulated over 5 to 10 years because the cash-strapped city was only able to make partial payments. DTE did not just temporarily disable connections, however, it hired contractors to literally remove 1,400 light poles.