What the WSWS said about Titanic 20 years ago

Why are the critics lauding Titanic?

To mark 20 years since its release on December 19, 1997, James Cameron’s Titanic is being shown in 87 theaters in the US for a week, starting December 1, in the Dolby Vision technology. We are marking the occasion by re-posting two comments on Titanic that appeared on the World Socialist Web Site in January and February 1998.

The film became something of a phenomenon in 1997-98, becoming the first in history to reach the billion-dollar mark in worldwide box office. It remains the second highest-grossing film of all time, after Cameron’s Avatar (2009).

The commentaries re-posted today on Cameron’s film appeared in the first days of the WSWS. They attracted hundreds and hundreds of emails, most of them expressing disagreement. The discussion on these cultural issues has never stopped.

The reader can judge for him or herself whether the opinions expressed here stand up to scrutiny two decades later.

Why are the critics lauding Titanic?

There are few excuses for those critics who are singing the praises of James Cameron’s Titanic. It is a bad piece of work—poorly scripted, poorly acted, poorly directed. If it weren’t for the hundreds of millions of dollars involved in its production and distribution, and the accompanying media hoopla, one could safely ignore the film. 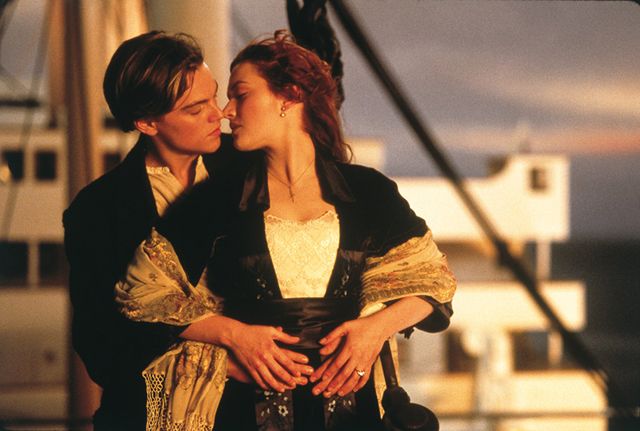 In her December 19 review New York Times film reviewer Janet Maslin asserted that “Cameron’s magnificent Titanic is the first spectacle in decades that honestly invites comparison to Gone With the Wind.” She called the film “a huge, thrilling three-and-a-quarter-hour experience that unerringly lures viewers into the beauty and heartbreak of its lost world.” Maslin wrote of the “Splendid chemistry between the stars” Leonardo DiCaprio and Kate Winslet, and rhapsodized that “Titanic offers an indelibly wrenching story of blind arrogance and its terrible consequences. It’s the rare Hollywood adventure film that brings mythic images of tragedy—the fall of Icarus, the ruin of Ozymandias—so easily to mind.”

What is going on here? It is one thing to overvalue a work upon occasion, to encourage a promising or struggling artist perhaps, even to engage in a little wishful thinking in a good cause. But such exaggeration must have some basis in reality. Criticism is not an entirely subjective enterprise. By any objective standard Titanic is none of the things Maslin and others claim it to be.

That Cameron’s latest film is, at best, an enormously labored and mediocre effort comes as no surprise. There was nothing in Aliens, True Lies, The Abyss or the Terminator movies to suggest that here was an immense artistic talent waiting to blossom. The director is obviously an energetic and able technician and organizer of resources, without any apparent flair for drama or insight into social or psychological life.

Titanic has made hundreds of millions of dollars worldwide since its release December 19. It may become the greatest moneymaking film of all time, perhaps bringing in close to one billion dollars. This success is not astonishing. Cameron’s film, first of all, has received massive media play. There is also normal curiosity on the part of the general public, spurred on by the media attention, about the sinking of the Titanic, as well as a desire for spectacle.

The film apparently appeals to young people in particular. According to research conducted by Paramount Pictures, 63 percent of those who have seen it twice or more are under 25. Cameron’s protagonists in Titanic are a Jack Londonesque artist, played by DiCaprio, and an unhappy first-class passenger (Winslet), who is being forced by her mother into a marriage with a callous millionaire. The theme of star-crossed lovers, of forbidden love, is naturally and legitimately of interest to the young.

But is this problem worked out in a coherent or convincing manner?

Nearly every element in the film, including the love story, is presented in a clichéd and predictable manner. Each character exhibits modes of behavior and personality traits, even facial expressions, which are immediately identifiable and remain unchanged throughout the film. The villainous fiancé acts cruelly and selfishly from the first time we see him to the last, without respite; the waspish, repressive mother is untiringly waspish and repressive; the “unsinkable” Molly Brown unfailingly buoyant.

The irrepressible Jack (DiCaprio) meets and falls for the upper-class Rose (Winslet). Do we have any doubts that they will then have a spat, make up, make love, face the wrathful fiancé, triumph over him, etc., etc.?

The present generation of young people are not to blame for their tastes. What have they seen except the most banal products of the current studio system? Even mainstream cinema, a few decades ago, treated the same theme with some more thought and sensitivity. One thinks, for all their flaws, of Bonnie and Clyde and The Graduate (both 1967) or even Franco Zeffirelli’s Romeo and Juliet (1968).

The fate of Titanic was an extraordinary event, full of dramatic possibility. What is one to make of a director so bored with life and history or so blind to its possibilities that he stages—apparently to create some excitement—a near-drowning and a gun battle, when thousands face certain death, on a sinking ship? Cameron’s lack of imagination has something almost farcical about it. (For a truly hair-raising ship sinking see Andrew L. Stone’s The Last Voyage (1960).)

Then there is the supposed “radical” political edge to the film. This is the most inexcusable of all the arguments in favor of Titanic. Maslin describes it as “a film that pitilessly observes the different plights of the rich and the poor,” and quotes Cameron as joking, “We’re holding just short of Marxist dogma.” This is nonsense. Most adults are probably aware that the rich and the poor were treated differently in 1912 and continue to be 86 years later.

What Cameron gives his audience with one hand—a shallow critique of class relations—he more than takes away with the other, by submitting it to his banal and conformist outlook. There are no ambiguities in human behavior; there are no problems that require painful, wrenching decisions; everything about society and life is transparent and obvious; the world is the way it appears at first glance; to find happiness one simply requires a little luck and a little gumption—these are the real themes of Titanic. It is as vacuous as a Nike commercial. How can any of this encourage critical thought?

The real issue remains: why have so many members of the “elite” corps of New York film critics thrown their lot in with this film? It would be wrong to suggest that the hundreds of millions of dollars riding on the success or failure of Titanic have a direct bearing on the judgments of all the critics. Something more complex is at work.

The praise for Cameron’s film contains an element of wishful thinking. Many of the critical comments read like accounts of a film the reviewers would like to see; unfortunately this imaginary work bears little resemblance to Titanic. In this wishful thinking there is, above all, a desire to see in what presently exists some glimmer of greatness and a refusal to take a serious look at the crisis of filmmaking and probe its historical and intellectual sources.

Moreover, the fact that American commercial cinema dominates the world’s movie screens so thoroughly has its impact. Force not only conquers, as we know, it convinces. After years of being something of an outsider, the “art” critic no doubt feels considerable external and internal pressure under the present conditions to conform, to pass from being a highbrow opponent to being one of the crowd, and he justifies this move with the argument that in acquiescing to the Titanic juggernaut he is merely becoming one with the great traditions of Hollywood filmmaking, etc.

We remain convinced that the dominance of Titanic and the like is ephemeral. Other voices, other visions are emerging. In a few years’ time the praise for Cameron’s film will be remembered primarily as a symptom of an intellectually impoverished era whose passing very few will mourn.