The Socialist Equality Group (New Zealand) held a successful public meeting in Auckland, the country’s largest city, on November 25 to commemorate the centenary of the Russian Revolution. About 20 people attended, including students, teachers, pensioners and other workers.

The meeting was part of worldwide commemorations organised by the International Committee of the Fourth International (ICFI), the world Trotskyist movement. The ICFI has held meetings in the United States, Canada, Australia, Germany, Britain, India and Sri Lanka, and produced a series of nine online lectures on the World Socialist Web Site examining the development of the Russian Revolution and the political strategy that led to its victory.

The centenary meeting in Auckland had historic significance. It was organised by the only political tendency fighting to build a party in New Zealand based on the socialist and internationalist perspective that guided Lenin, Trotsky and the Bolshevik Party 100 years ago. The SEG will hold another public meeting in Lower Hutt, Wellington, at Russell Keown House on the corner of Laings Road and Queens Drive, on Thursday December 14 at 6:00pm.

These meetings are being held both as a celebration of the most significant, progressive political event of the twentieth century and an opportunity to discuss the vital lessons of the revolution for the fight against war and social inequality today. Fearful of the growing interest and attraction to socialism among workers and young people, the ruling elite and its media have largely suppressed discussion of the revolution while, at the same time, seeking to slander it.

Delivering the main report, leading SEG member Tom Peters told the Auckland meeting that the world was still in the epoch of imperialism that produced war and revolution 100 years ago. He explained that the contradictions of capitalism driving the US and other major powers towards nuclear war were also “propelling workers in all countries into struggle against their own capitalists.” 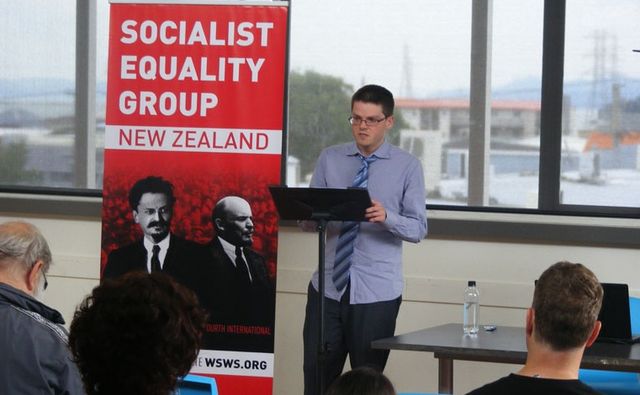 The speaker explained how the Russian Revolution forced the imperialist powers to bring World War I to an end. He referred to the extraordinary gains made possible by state ownership of the means of production, including the elimination of illiteracy and the growth of Soviet industry, and the defeat of Nazi Germany in World War II.

Peters refuted those pro-capitalist propagandists who “have lectured the working class for decades that Stalinism was the inevitable outcome of the revolution and the attempt to end private ownership of production.” In fact, the Stalinist bureaucracy repudiated the internationalist perspective of Marxism and consolidated its power by murdering the entire generation of Bolsheviks that had led the Russian Revolution.

The opposition, led by Leon Trotsky, representing the continuity of Marxism, “advanced a clear, unambiguous alternative to Stalinist bureaucratism and nationalism,” Peters said. “It opposed the attacks on democratic rights, the economic stupidities, such as forced collectivisation in the 1930s, and the bureaucracy’s collaboration with world imperialism."

The lesson was not that revolution should be rejected but that “in every country, revolution must be understood and consciously prepared on the basis of an international perspective, by a unified movement of the working class. That is what was absent in 1917—a unified world party.”

The report provoked a wide-ranging and animated discussion on historical and current political issues.

One audience member asked whether revolutions were inevitably violent, noting the increasing militarisation of the police internationally and the growth of state surveillance.

SEG member John Braddock said that revolution was the only way to end the violence of imperialism, which over the past 25 years had killed well over a million people in wars launched by the US, including in Iraq, Afghanistan, Libya and Syria. Now, Washington is threatening nuclear war against North Korea, which would only be a prelude to war against China, and could engulf the entire planet.

Peters explained: “Trotsky said that a devil has never voluntarily cut off its own claws. The ruling class is armed to the teeth and the Russian Revolution shows how ruthless that class can be. We have more recent examples. In 2011 there was a revolutionary situation in Egypt and it was drowned in blood, with the support of the United States and global capitalism... We uphold the right of workers to defend themselves against the power of the state.”

Peters noted that the new Labour Party-led government in New Zealand was preparing to confront working class opposition to austerity and war by hiring 1,800 more police officers, expanding the military, and moving to further restrict the right to strike.

Another audience member asked whether the trade unions could be made to fight in the interests of workers.

Braddock explained that in every country the conception that the working class could defend its conditions within capitalism, through a Labour Party or through the unions, by appealing to the ruling elite for reforms, had been thoroughly discredited since the 1980s.

These organisations had transformed into the direct instruments of the government and corporations. This was not the result simply of bad leaders, but rather “a profound historical process bound up with globalisation,” Braddock explained. “In order to defend the profit system on an international scale, the conditions of life for working people have to be ground down: declining wages, declining job security, destruction of social services."

Braddock said the SEG called for the formation of new, rank-and-file organisations, controlled by workers themselves, to unify the working class in New Zealand and internationally in the fight against capitalism itself.

A teacher in the audience said he agreed with “just about everything you've said today,” but noted that the SEG was still small and asked: “How does everybody on the left get together and settle their differences in a way that we really can move forward?”

Peters replied that the various pseudo-left groups in New Zealand were not socialist and had supported, in one way or another, the Labour Party’s election campaign.

He urged those in attendance to study how the Bolsheviks came to lead the Russian Revolution after starting as a small and isolated tendency at the outbreak of World War I. The party's political authority grew in the working class due to its “struggle to demarcate genuine socialism from all of those groups which, in one way or another, represented a compromise with capitalism.” Parties such as the Mensheviks “were seriously exposed” when they supported their own bourgeois governments in the war. 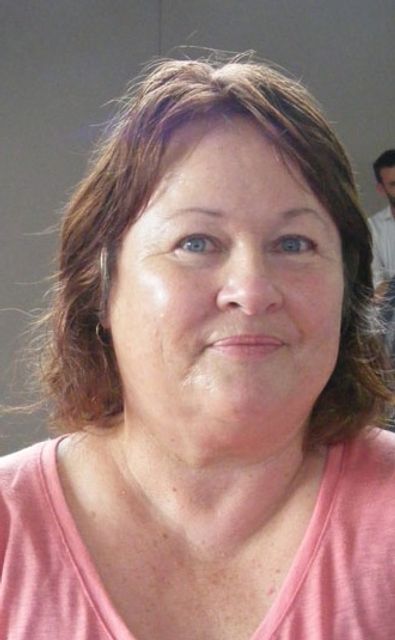 Christine, a carer for people with disabilities, said she was “really impressed with the lecture. Everything you've said resonates with me a hundred percent and I'm really glad I came today.” She had not heard much about the Russian Revolution but decided to attend the meeting with her son, who had been reading the WSWS for over a year, after he showed her the meeting announcement. She said she would apply to join the group, adding: “I'm going to do everything I can to get better informed and hopefully I'll be able to help.”

Christine was particularly encouraged by a recent survey showing that more than half of young people in America would rather live under socialism than capitalism. "I've been interested in socialism for a long time," she said. "As soon as I had children I wanted the world to be a good place for them, and capitalism just doesn't seem fit to make the world a good place at all.”