“The island has been turned upside down since the storm”

Nearly three months since Hurricane Maria made landfall on the island of Puerto Rico as a Category 5 storm, hundreds of thousands of workers and youth continue to live without the basic neccessities of modern life. Over a million of the island’s estimated 3.4 million residents are still without electricity and running water. At least 700 schools remain closed with thousands of students either redirected to other schools or forced to stay home. Many of the rural areas in the center of the island have yet to be reached and many roads still lay in disrepair. 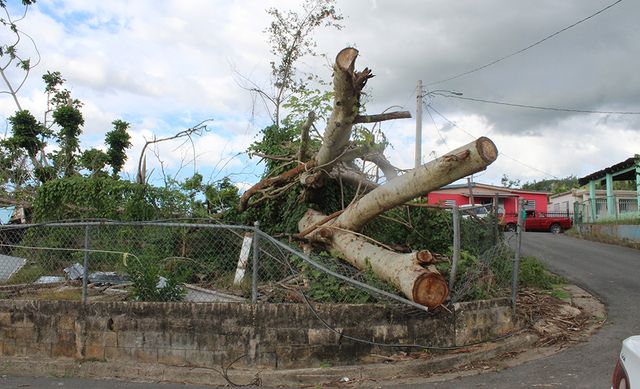 Devastation on the island

The storm has laid bare the horrific conditions under which the working class in Puerto Rico has been living for decades. Like working people on the mainland of the United States, the island’s residents are subjected to dangerously poor infrastructure, lack of healthcare, unemployment, poverty, cuts to education and social services while the wealth of a handful of billionaires grows at a staggering rate. The situation for the working class in Puerto Rico is magnified by the island’s “commonwealth” status and the legacy of colonial oppression by the US.

A reporting team from the World Socialist Web Site is currently traveling throughout the island to document the ongoing crisis, the lack of aid from the Trump administration and local authorities, and the corporate and government efforts to exploit the desperate situation to accelerate the looting of public assets.

At a volunteer-based free medical clinic in San Sebastian sponsored by Remote Area Medical, WSWS reporters spoke to those seeking medical care. Local residents explained that San Sebastian is reported to be one of the most well recovered parts of the island despite the fact that dozens are still living without electricity or running water. Many businesses remained closed—some permanently—and there is not a single functioning traffic light. In addition to the “boil water” advisory for the entire island, other basic amenities such as Internet are difficult to find. Residents throughout the town can be seen working on their roofs, clearing debris, and repairing their homes. In some of the poorer neighborhoods, one can see dozens of bright blue tarps where roofs used to be. 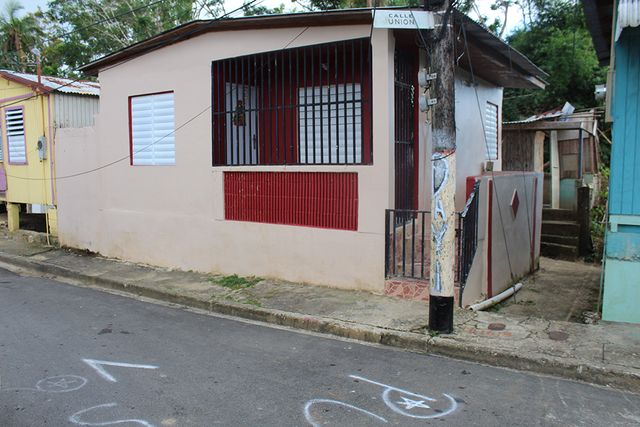 The water line on the power pole marked "DAY 1"

Roberto Hernandez, a young person from the neighborhood who was helping at the clinic, told us that life on the island has been turned upside down since the storm. “We have had to adapt to survive. People have no Internet, electricity, or water. You have to adjust yourself to 100 years back. For a lot of people, it's overwhelming. People really need electricity. People have breathing problems, for example, and need their respirators.

“I've been asking myself, how long will it be until life returns to normal, and it’s hard to predict. FEMA (Federal Emergency Management Agency) says they might be in Puerto Rico for the next five or ten years.” 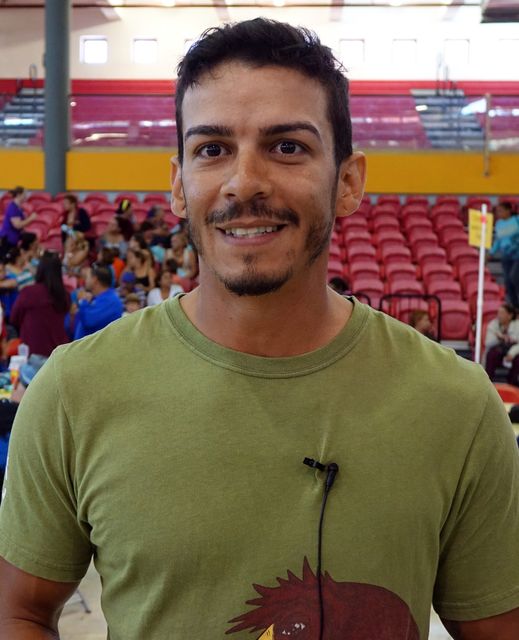 Life is far from normal for the working class and poor residents of the island. One of the most striking features of the situation in Puerto Rico is the vast discrepancy between the official corporate and government reports and the reality facing the population.

First, the state recognized death toll remains at “64” despite reports by social scientists in Puerto Rico and mainland universities, along with Vox, the New York Times and other news outlets, which estimate that the death toll from the hurricane is more than 16 times greater. The Times analysis found that in the 42 days after Hurricane Maria made landfall on September 20, the number of fatalities was 1,052 more than the usual number that die in that timespan across the island.

Other contradictory claims have been made over the state of public schools. The Department of Education claimed that 98 percent of schools have reopened. However, popular protests have broken out at headquarters in San Juan and at schools across the island over remaining closures of at hundreds of the island’s 1,100 public schools. The teachers union has accused the island’s Education Secretary, Julia Keleher, of deliberately keeping schools closed, despite the fact that teachers and other volunteers have cleared them of debris and prepared buildings to reopen, because she wants to close 184 schools and turn the remaining facilities into for-profit charter operations.

The Electric Power Authority (AEE) is officially reporting that over 65 percent of areas have been “energized” though many residents and local news outlets are skeptical that this figure is accurate. Various local news outlets have speculated that by using the term “energized” (in Spanish “tener energización”) the AEE is able to make deceptive claims portraying the situation as far better than the reality.

Dr. Gloria Lopez from San Juan told the WSWS that the capital city is still one of the most devastated areas. “In San Juan, most of us don’t have water or electricity. I don’t know why on the radio they keep saying 65 to 75 percent of people have water and electricity because we really don’t. There is still uncollected debris right in front of my house.” Dr. Lopez explained that at night one can see the areas with restored electricity and it is largely restricted to more upscale and tourist areas, including Old San Juan.

She continued, “My neighbors and I used to be able to be able to retrieve water from a stream but now it is contaminated. We can’t use our washing machines. They are now selling washboards in a modern country! In the evening, the noise from the generators is like an orchestra and in the morning there's a haze over the city from the fumes produced by the generators.” 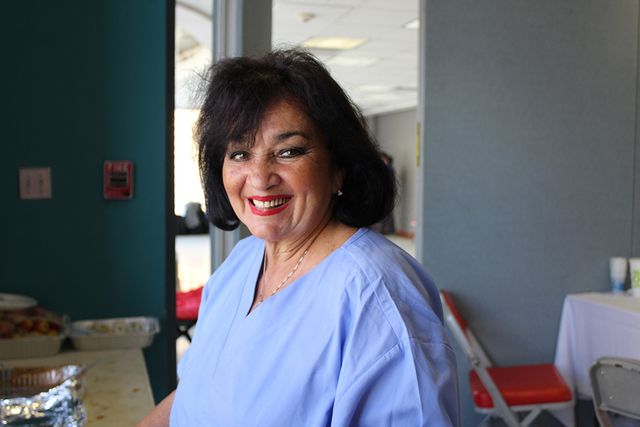 Even if the “official” figure concerning electricity is taken at face value, the fact that so many are still without power nearly three months since the storm made landfall is unprecedented for a territory of the most “advanced” country in the world.

The power grid in Puerto Rico is notorious for being dilapidated and unstable. Puerto Rico Governor Ricardo Rosselló, in an interview in October with Reuters just after the storm, explained that “the emergency plan was as follows: There is no way to fix the nature of the grid.” Authorities say some areas of the island may not have power until March 2018.

While power plants on the mainland are 18 years old on average and many use more efficient natural gas, the average power plant in Puerto Rico is 44 years old and more than half of the island is powered by oil. Adding to the repair and maintenance challenges is the fact that many downed power lines in remote areas are nearly impossible to access. Residents on the island pay somewhere between 80 and 100 percent more for electricity than the rest of the country.

The island power utility AEE is drowning in $9 billion of debt and filed bankruptcy just a few months before the storm. Since 2012, the workforce at AEE has been reduced by over 30 percent, eliminating essential linemen, maintenance workers and technicians, and making the grid even more vulnerable to storm damage.

For the ruling class, the devastation caused to the power grid from the Hurricane Maria is looked upon as a golden opportunity to privatize the public utility. While elements in the ruling class stand to make a fortune from the catastrophe by privatization efforts, wiping out of “costly industries,” and behind-the-scenes no-bid contracts, the actual cost of the repairs—which is being estimated at above $100 billion—will fall squarely on the backs of the working class and poor. Already there have been announcements that highway tolls will rise by as much as 30 percent starting in January, likely before the traffic lights are even turned back on.

Despite efforts by the government to obscure reality, the devastating effects of the storm will be felt for years, if not decades to come.