Held in Wellington and Sydney, on December 14 and 17 respectively, the events were part of the world-wide commemorations by the International Committee of the Fourth International (ICFI), the world Trotskyist movement and publisher of the World Socialist Web Site.

Over 120 people attended the Sydney meeting, including workers, professionals and retirees—some of whom travelled from as far away as Newcastle and the Blue Mountains—as well as high school and university students. International Youth and Students for Social Equality (IYSSE) members and supporters came from Western Sydney University, Macquarie University and the University of New South Wales. 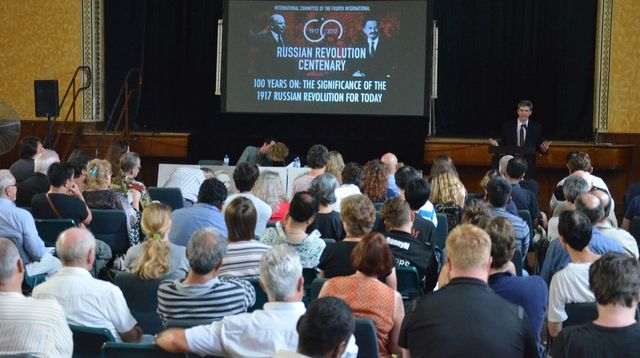 Oscar Grenfell, the first speaker, drew parallels between the historical, economic and political factors that produced the Russian Revolution and the deepening crisis of world capitalism today. Explaining the rise of financial parasitism, job destruction and attacks on basic rights, he warned about the catastrophic consequences of a US war against North Korea and the recent, increasingly bellicose, threats by President Trump and senior members of his administration.

“The ruling elite has responded to the crisis of its system by turning to militarism that threatens a new world war, which would involve the use of nuclear weapons, and threaten the very existence of humanity. As we meet, millions of people are watching the threats of the Trump administration to launch a catastrophic attack on North Korea, with shock, horror and outrage,” he said. 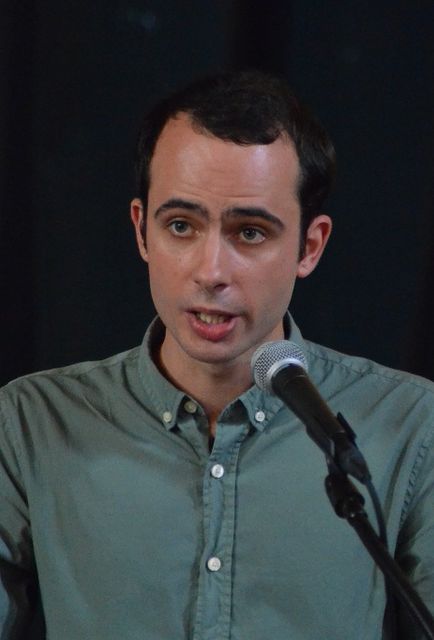 Grenfell warned that as the US stepped up its threats against North Korea, Germany, Japan and other imperialist powers were rearming and preparing ideologically for war.

“In every country these war preparations are accompanied by massive expenditure on the military, tax cuts for the rich and fierce social attacks on the working class at home,” he said. Grenfell then commented on the filthy campaign being orchestrated by the Australian political establishment to whip up anti-Chinese xenophobia and fan allegations of Chinese “interference” in Australian politics.

“This campaign is aimed at creating a nationalist and jingoistic climate, to dragoon the working class behind Australia’s frontline role in the US plans for war against North Korea and China. It goes hand in hand with a broader promotion of nationalism, including through the McCarthyite purge of alleged “dual citizens” from the federal parliament, on the grounds that they are insufficiently loyal to the Australian state,” Grenfell said.

Delivering the main report, SEP national secretary James Cogan drew out the political significance of the revolution, which demonstrated that the working class was, indeed, a revolutionary class.

For the first and only time in history the working class, under the leadership of Lenin, Trotsky and the Bolshevik Party, established a “government of, for and by the workers.”

Cogan detailed the critical struggle conducted by Lenin within the Bolshevik Party between February and October 1917, Trotsky’s role and the fight against elements within the party, such as Zinoviev and Kamenev, who opposed Lenin’s call for the Soviets to seize power. 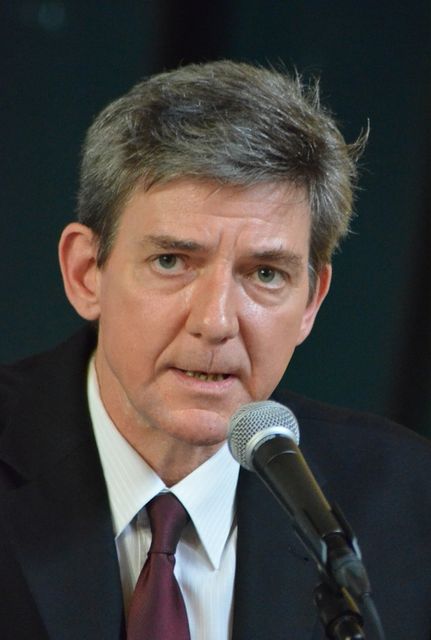 The SEP national secretary told the meeting that there had been a noticeable right-wing shift in the attitude of pro-capitalist academics, journalists and others, towards the centenary of the revolution, throughout 2017.

Initially, most of them “sought to dismiss its historic significance,” Cogan said, and referred to Sheila Fitzpatrick, professor of Russian history at the University of Sydney. “If there is a lesson to be drawn from the Russian Revolution,” she wrote, “it is the depressing one that revolutions usually make things worse, all the more so in Russia, where it led to Stalinism.”

This assertion, Cogan said, “denies the truth that the Stalinist degeneration was ultimately the outcome of the isolation of the revolution, and seeks to expunge from history the defence by the Trotskyist movement of the perspective of world socialism in the face of immense persecution and difficulties.

“Claims that the dissolution of the Soviet Union represented the failure of the perspective of world socialism cannot be substantiated,” Cogan insisted. “This is also reflected in the fact that, by the final months of 2017, a very different tone was appearing in bourgeois commentaries, with fears that the example of the October Revolution will be embraced by a generation of workers and youth who are being offered nothing but disaster by capitalism.”

This anxiety was expressed, Cogan continued, in the Australian parliament, when extreme right-wing senator Cory Bernardi passed a motion last October, denouncing any celebration of the Russian Revolution.

On November 6, the New York Times published a column by American academic Simon Sebag Montefiore, the author of an admiring biography of Stalin.

Montefiore admitted that the October Revolution continued to “reverberate and inspire,” but, offering a piece of advice to the bourgeoisie everywhere, suggested that the revolution could have been defeated if only Lenin had been assassinated. The Provisional government, Montefiore declared, “should have found and killed him, but failed to do so.”

Cogan told the meeting that by October 1917, “Lenin was not simply an individual” but headed a vast, powerful and politically conscious mass movement of the working class, which was won to the internationalist socialist strategy of the Bolsheviks.”

The Russian Revolution, Cogan concluded, was not of simply of academic historical interest, but provided the most essential lessons for the international working class today. It posed the necessity for the expansion of the ICFI, which was based on the entire historical legacy of Bolshevism and Trotskyism, he said, and appealed for those in attendance to join its ranks.

Following these reports, audience members asked a range of thoughtful questions. These included: what is the goal and purpose of world socialist revolution; how will society be organised; what form of socialism does the SEP support. One young man said that he agreed with the party’s goals, but wanted to know what he could do, as an individual.

Another audience member asked about the repudiation of “due process” in the course of the right-wing sexual witch-hunt campaign, while a worker from Africa powerfully condemned the appalling conditions confronting the vast mass of the population there, and those responsible for it. He then asked about the relationship of the ICFI to the African continent. 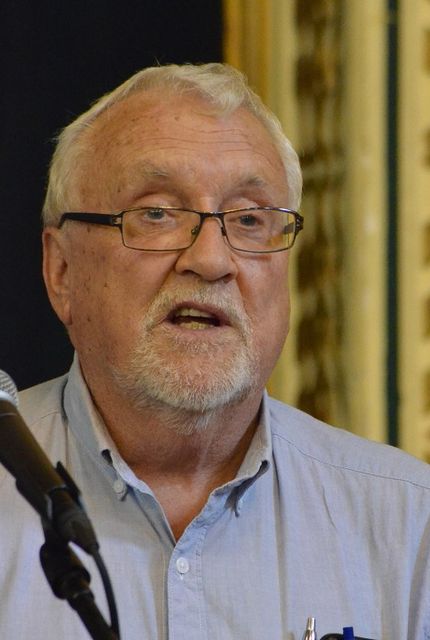 In his reply to the latter question, SEP national committee member Nick Beams emphasised the two fundamental criteria that determined whether someone was a genuine socialist. Firstly, he said, they must base themselves on the political independence of the working class, as the sole social force capable of overthrowing capitalism. Secondly, they must be internationalists, in the understanding that the working class is a global class. “In Russia, in 1917, that meant comprehending the Russian Revolution, not as a national event, but as the first shot in a world process.

“In Africa we can see the tragedy produced by the false forms of socialism advanced in that continent. Virtually every African leader in the 1950s and 60s proclaimed themselves a socialist—from Nasser in Egypt, Julius Nyerere in Tanzania, Robert Mugabe and Joshua Nkomo in Zimbabwe, to Nelson Mandela in South Africa.

“What did these so-called socialist leaders do when they came to power? They accepted all the national borders drawn up by the previous colonial powers—the French, Belgian, German and British. Secondly, they all accepted one or another form of Stalinism—that is, nationalism.”

Beams reviewed in some detail the political record of Mandela, and his role in politically blocking the socialist revolution in South Africa, as he assisted the South African bourgeoisie to make the transition from apartheid, while ensuring the preservation of capitalism.

“So what do have now?” Beams asked. “The white faces of the political servants of the ruling elite have been replaced with black faces. South Africa now has the highest level of social inequality in the world, and the former head of the trade unions, Cyril Ramaphosa is one of the country’s richest men,” he explained. The day after the centenary meeting, Ramaphosa was elected president of South Africa's ruling ANC, setting the stage for him to succeed President Jacob Zuma, accused of widespread corruption.

Referring to the question about what any individual could do to fight for world socialist revolution, Beams said the crucial factor was to develop socialist consciousness in the working class, in advance of the mass revolutionary upheavals produced by the breakdown in the capitalist system. “This can only be undertaken through the development of the ICFI around the world,” he said, “providing the sort of leadership that Lenin and Trotsky gave in 1917.” 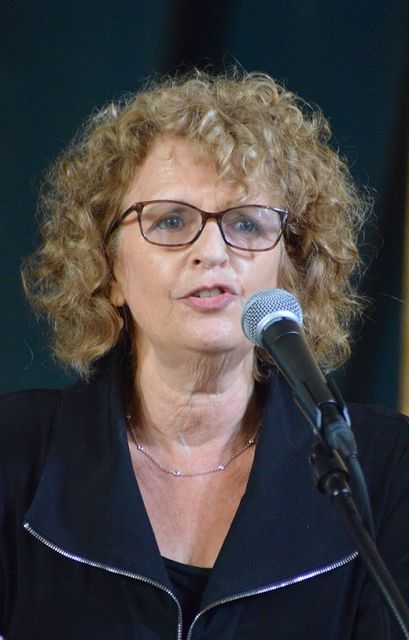 Quoting from articles published on the World Socialist Web Site, Linda Tenenbaum exposed the right-wing character of the current sexual witch-hunt campaign, being led in the US by the New York Times and the Democratic Party, and its repudiation of any conception of democratic rights.

The ICFI and all its sections, including the SEP in Australia, opposed feminism and all other forms of identity politics, she said, because these movements sought to divide the working class on the basis of entirely secondary or tertiary characteristics. “The fundamental division in society is not gender or skin colour, nationality or race, but class,” she declared.

Tenenbaum referred to the unsubstantiated “inappropriate behaviour” allegations against acclaimed Australian actor Geoffrey Rush, and how they were being used to destroy his career.

Feminism and the so-called #MeToo movement, she said, had no interest in the plight of working-class women, but represented well-off sections of the middle class, who were only interested in furthering their own privileged lives and careers.

The speaker explained that the use of unsubstantiated allegations and “trial by media” represented a repudiation of the “presumption of innocence” and “due process”—based on centuries-old legal and constitutional principles and rights that protected citizens from false and unsubstantiated accusations. In the case of Rush, and of several of the recent American victims of the witch-hunt, the accusers had been afforded the right to anonymity, while their prey have had their careers, and in some cases, their very lives destroyed, without so much as a trial in a court of law, a jury, evidence, or the cross-examination of witnesses.

This campaign, she added, was of a piece with the promotion of nationalism and xenophobia, by both the government and the leading media outlets, against “foreign agents,” particularly those of Chinese origin, and their “influence” over Australian politics. The purpose of both witch-hunt campaigns was to create a climate of confusion and disorientation among ordinary working people and to divert their attention and concerns away from the rapidly escalating social crisis, and the seriousness of the threat of a US-led war in the Asia-Pacific region, under conditions where every parliamentary party had fully committed itself to the Trump administration’s military agenda.

The SEP, Tenenbaum explained, was the only organisation in the country opposing this hysterical campaign, which had, in the vast majority of cases, advanced not a shred of evidence that any crime had been committed. The ICFI and the WSWS were providing the only political leadership and analysis to all those who wanted to fight this assault on fundamental democratic rights in every country.

The audience responded to all the answers with enthusiastic applause, and discussion continued long after the formal conclusion of the meeting. Several attendees made thoughtful comments to WSWS reporters about what they had learned, indicating they had followed the speakers and the discussion with keen interest. More than $400 worth of Marxist literature was sold and over $5,500 donated during a collection for the SEP’s special fund.