Last Thursday, 1,000 autoworkers at the Ford Craiova plant in southern Romania, 114 miles (184 km) west from the capital city of Bucharest, walked off the job the day after the union signed a sellout agreement with the US-based multinational corporation.

The deal would do nothing to offset a new tax hike by the social democratic government, set to start on January 1, that forces workers to pay the full cost of social insurance, instead of sharing the payment with employers, resulting in a pay cut of at least 22 percent. New Ford workers are paid as little as 300 Euros (US $356) a month.

Workers began their job action by tying cloths around their arms to protest the collusion of the union—known as Sindicatul Ford Automobile Craiova—with the company. As demands for a strike grew, workers refused to go back to work after lunch and walked out, chanting slogans denouncing the union leaders, including “thieves, this is slavery,” “resign,” and “strike!” 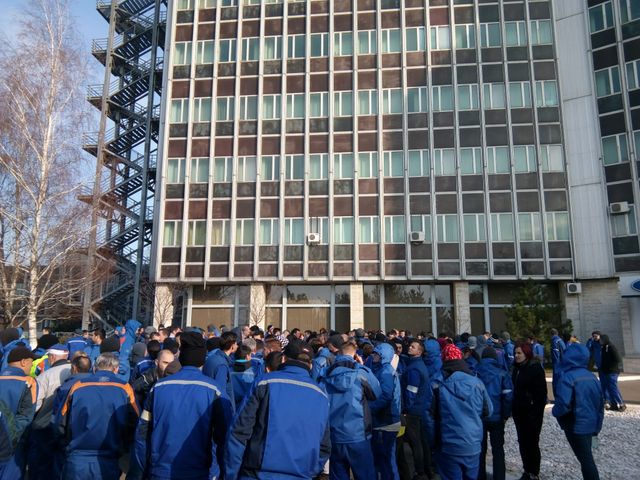 Workers gather after marching out of the plant

Workers forced the resignation of recently elected union leader Maria Manea after evidence emerged of her collaboration with the corporation. While the workers are currently back at work, tensions remain high and they are preparing to take further action when their current contract expires on December 31.

Ford acquired the facility, previously operated by Korean carmaker Daewoo, from the Romanian government in 2008. In October, the company announced it would build its EcoSport SUV at the plant for export to Germany, the UK, other European markets and North America. The strike is the most recent in a series of autoworkers’ struggles, including walkouts earlier this year by VW workers in Slovakia and Fiat workers in Serbia, against low wages and sweatshop conditions in Eastern Europe.

A Romanian Ford worker who participated in Thursday’s walkout and viewed the WSWS video on their struggle spoke with this reporter about the workers’ strategy going forward.

WSWS: Greetings to you and your coworkers from the World Socialist Web Site. Can you tell us more about last week’s strike?

WSWS: What were you striking over?

FW: We have a corrupt union that works for the company. Here the trade union is paid by management and they receive special perks from Ford… Corrupt.

WSWS: In the United States and elsewhere around the world, the situation with the trade unions is the same. The trade unions, like the United Auto Workers in the US, do not defend the interests of workers; they are bought off by the corporations. They steal workers’ dues money and the company pays the bureaucrats with millions of dollars that they spend on cars, shoes, shotguns and vacations. Meanwhile workers face serious economic difficulties and high living expenses. 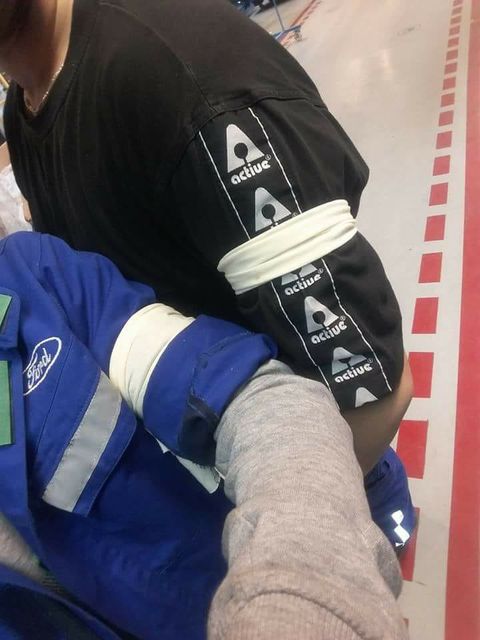 FW: We must dissolve this union and build a new organization supported by us. One month ago, trade union elections were held. A new official, Mrs. Maria Manea, was elected. After the negotiations for the new contract started, negotiations with the trade union were suspended for 30 days under very suspicious circumstances. The negotiations were thrown into chaos.

WSWS: What is in the new proposed contract?

FW: There have been several informative bulletins with various proposals to our disadvantage. The last company proposal and also the trade union agreement are unsatisfactory. Although we are no longer on strike and last week’s strike was really a spontaneous protest, we want to organize a general strike in January.

WSWS: What type of organization are you and your coworkers proposing to create? Are you affiliated with a national trade union or are you trying to establish your own, independent organization?

WSWS: And what are the current wages you face? Is it enough to live?

Prices are expensive and rising, so we have little salary left and face great economic hardship. Ford wants to produce in Craiova to sell in Europe but they want to pay us very little to work without rights. In Germany, autoworkers earn 2,000 Euros a week, not a month, but in Romania we earn just 300 Euros a month.

WSWS: What message would you send to autoworkers in Germany, the US, and around the world about your struggle?

FW: Let us be as united as possible to earn a living for a decent life on this earth for the good of all workers.

WSWS: The position of the World Socialist Web Site is that the fight against international corporations like Ford requires the international unity of the working class.

FW: Yes, it would not be bad, we should support ourselves internationally, cooperate for rights. The unions and the company are a big mafia. There was much intimidation over our protest. Many colleagues were moved to harder jobs (those who participated in the protest) in order to frighten the others. The company also monitors our social media groups.

WSWS: It is the same in the United States. Workers recently kicked a union official out of one of their Facebook groups so they could discuss issues at the plant without the UAW spying on them.

The issue of setting up independent organizations is key, but the central element is the fight to unite workers internationally, because you cannot fight an international corporation like Ford with a national program. This is the root cause for the betrayals of the trade unions around the world and their increasingly friendly relationships with management. Workers in the US, Germany and elsewhere face the same issues you and your coworkers face. We propose the setting up of independent rank-and-file committees to link workers all over the world in a common fight against the corporations.

FW: I have contacted a national union and there’s a lady who seems to want to help.

WSWS: We support your struggle, but for that reason we emphasize that the main task is for international unity and a break from a nationalist approach. If Ford is your enemy, you will be strengthened by mobilizing the support of Ford workers in the US, Turkey, Brazil, Germany, and around the world. The company uses the same scare tactics against you that it does against workers everywhere—they threaten to send their products to other factories with lower wages unless you accept their sellout.

FW: That’s right, but until this discussion I did not think anyone could help us. Yes, we should cooperate with independent trade unions. We basically are organizing from scratch.

WSWS: There are many American Ford workers who are following your struggle and who send you support.

WSWS: What is necessary is discussion between you and your coworkers and autoworkers internationally who are fighting against the union-corporate alliance.

FW: Representatives for such a discussion must be chosen. There is much to be done now.