“The government has done nothing”

Hundreds of thousands of workers in Puerto Rico are struggling to make ends meet through the holiday season as over two-thirds of the island’s 45,000 small and mid-size businesses remain closed. Those that are open are often forced to operate on limited schedules due to ongoing power outages.

For those workers who are employed, conditions are onerous: Christmas bonuses were withheld for many and regular hours were dramatically slashed. US Department of Labor figures show that in October employers in Puerto Rico cut payrolls the most they ever had in 21 years, while unemployment claims surged to an 11-year high the following month.

At the unemployment office in San Juan, Madeline Vasquez of Bayamon explained to WSWS reporters what impact these conditions have had on the lives of the working-class and poor residents on the island. 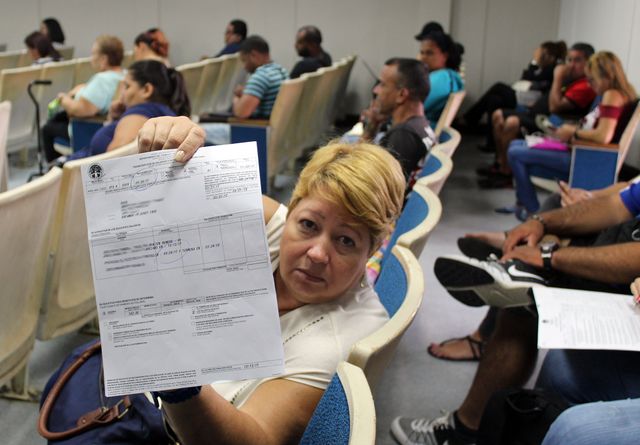 Holding up a letter from the unemployment office, she explained, “I am supposed to be receiving $138 a month, but they haven’t sent me anything even though this letter says I was approved in September. I have two kids. Even if I were to receive this money, how am I supposed to live on $138 a month? This is why so many people have left the island. There is nothing left for them here. They are forcing people to make decisions, between food and health care, or buying the things they need to survive.

“If you are lucky enough to have a generator you will be spending maybe $75 week for fuel. We have one and have been doing this since Irma, even before María. If it wasn’t for my family helping me, I think I would have to leave the island.”

Mrs. Vasquez lost her job working in an administrative office, which has not reopened since the storm. Other residents sitting nearby Mrs. Vasquez nodded along as she spoke about her situation. Each person had a similar story: they had lost their jobs from the hurricane damage, applied for unemployment, and received nothing in response. Each showed us their letters granting them a paltry sum of money—not one over $138. Of the dozen or so workers who spoke with WSWS reporters not one had received “even one cent” of aid, several exclaimed, since the storm hit in September.

Employees of the Department of Labor office told our reporters that in the immediate aftermath of the storm the line to apply for unemployment benefits in San Juan was so long that the office had to set up tents outside for the overflow. Director of the unemployment insurance department, Carmen Morales Rivera, reported to various media outlets that officials in the capital saw between 800 and 1,000 people a day.

According to the Bureau of Labor Statistics, the unemployment rate has increased every month since the storm and is on track to rise again by the end of December. The current unemployment rate stands at 10.8 percent, nearly 118,000 people. These numbers are likely an underestimation of the real figures as it is unclear how the nearly 200,000 workers who have left the island are considered. Many who reached the US mainland are still jobless. 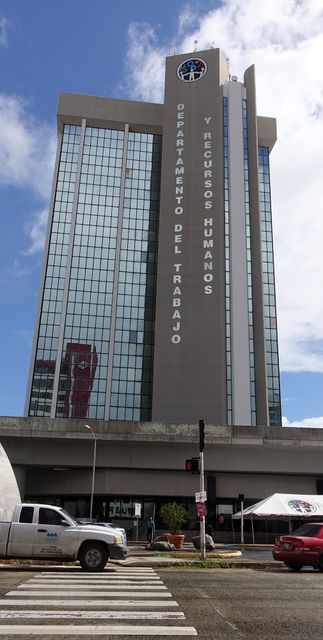 Department of Labor and Human Resources in San Juan

One former clothing shopkeeper sitting nearby speculated, “I think the government is hiding the real number of people who will now be unemployed from the storm. There are so many industries which were affected, administrative offices of all types, shopping, tourism, nearly every industry.”

Mrs. Vasquez noted that the economic situation of the island had been bad before the storm. In August, a month before María, Puerto Rico had an unemployment rate of 10.1 percent with a poverty rate of 43.5 percent, more than double that of Mississippi, the poorest state in the US.

“The government has really done nothing. I mean what are these people thinking? And it is not just here but on the mainland too. Do they know how many kids and people are hungry? Or how many need houses and benefits? I often wonder who is really doing more damage—the Republicans who are on a rampage or the Democrats who are doing nothing! Neither of those parties is for us. We have two parties here on the island as well and they are the same.”

A row back, Marta Feliciano voiced her agreement, “The rich can have generators but what about the working class and poor? We have to just make do. I heard today that a person in San Juan died of hunger—of hunger! We are human beings. How can this be happening?”

Mrs. Feliciano explained, “My husband lost his job at the airport. They sent him a letter initially saying they were temporarily laying him off because of the damage to the airport. They opened other positions back up but they never called back my husband, and they never sent him a letter or anything. He just had to keep calling. I don’t think many people know just how many jobs have been cut but I know for sure they still haven’t called back at least 200 people at the airport, but there are probably many more.

“I have two daughters, both in elementary school, and the truth is we are really surviving now on our food stamps.” 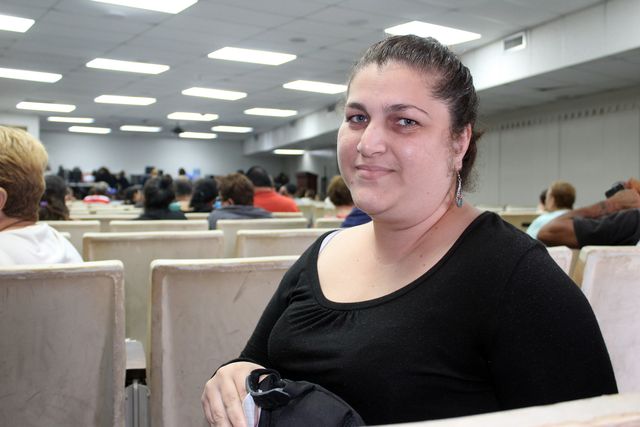 Another airport worker, who wished to remain anonymous for fear of reprisal at his job, explained that many companies who work at the airport are preparing to start massive layoffs. “I am the head of my department. I have meetings with my bosses each week where they threaten to start laying off the workers below me. It feels so horrible but I have to tell my employees to do their jobs as best as they can, to not spend lots of money on their families at Christmas, to start saving, to not buy new things, because I really don’t know what is going to happen with their jobs.”

The same worker was at the unemployment office with his wife who lost her job working with special needs children. While they waited for his wife’s turn at the office, he worked on a university assignment, so he can finish school and try to get a better job.

The fate of thousands of more jobs and livelihoods hang in the balance as corporations and politicians work through the implications of the Trump administration’s new tax bill. One provision, which will treat Puerto Rican subsidiaries of American companies as if they are located in a foreign country, excluding various tax breaks and subsidies, is predicted to eliminate as many as 200,000 additional jobs, spurring even further economic depression on the island.

The system, which granted the island both foreign and domestic status, has made Puerto Rico a tax haven for drug and medical device makers, who can incorporate in the commonwealth as foreign subsidiaries but label their products as made in the US.

The response of much of the island’s political establishment, including Governor Rosselló, a Democrat and member of the island’s pro-statehood New Progressive Party, has been to double down on offers of corporate tax cuts and incentives, and to accelerate the campaign to privatize the publicly owned electrical grid, school system and other public services. This will also lead to a wave of job-cutting and the destruction of the wages and benefits of teachers and other public sector workers.

“If it is looking this bad for us now I cannot imagine what it will be like after the tax bill,” Mrs. Feliciano declared. “And what are the Democrats going to do about it? Nothing!”