A conversation with Raoul Peck, director of The Young Karl Marx

The following is an interview conducted recently by the World Socialist Web Site with Raoul Peck, director of the film The Young Karl Marx. The film, a biographical portrait of Marx and Engels between 1843 and 1847, opened in movie theaters in New York City and Los Angeles on February 23, to be followed by a wider US release. The WSWS reviewed the film last March.

Fred Mazelis: Could you say something about the genesis of the project? How long did it take to complete? 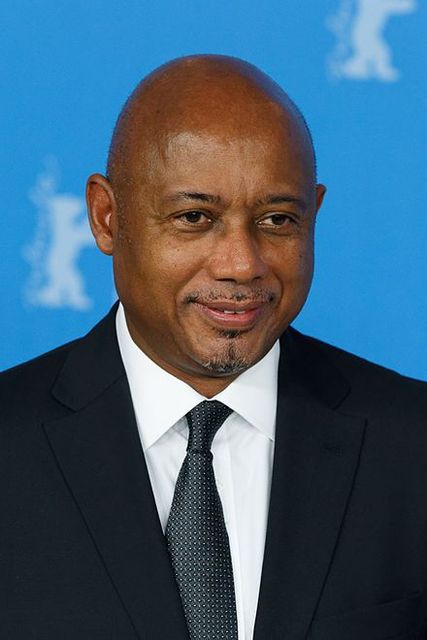 Raoul Peck: I’d like to give the whole context of the project. As with all of my work, it came out of my own fight, in the society that I live in, whether I’m in Germany, France, Haiti or the US.

The project was initiated more than 10 years ago, at almost the same time as I started I Am Not Your Negro. For me, it was my responsibility as a filmmaker, with what I have seen happening around me, with the world today.

As a filmmaker, I can’t go on CNN and get two minutes to say something, I can’t go to the New York Times. That’s not the way to have a wider discussion. I use cinema.

I don’t need to convince the World Socialist Web Site, they know it already. I have to go to the widest public possible. I tried, making a two-hour film, to stick close to the reality of those three young people (Marx, Engels and Jenny) at a very decisive moment of their lives, and in relation to our fight today, in this society. That’s the challenge. And how do I do this without making a biopic—where I would have had to invent some story about Jenny and Engels, about jealousy, about Marx’s obstacles, and so forth?

This is a film about the evolution of ideas. Tell me when you have seen a film about the evolution of ideas—not only of ideas, but of those specific ideas of Marx and Engels, in their complexity. And showing the contradictions of the socialist movement itself at its birth, explaining scientific socialism to a wider public, in contrast to populism, to mysticism, to utopianism.

Of course, it’s not a PhD, but it gives you an idea, and then you can go and read a book. At least it’s not the devil you were educated to see. That is my fight with this film. There is a reason why this film is the first one ever in the Western world on Karl Marx.

I come from a different generation. I profited from engaged filmmakers, militant filmmakers. But I saw that I could not use the same techniques, the same images, the same sound and the same stories as before—unless I wanted to make a film for a small minority. The political fight for me is to go where the people are and try to convince them, tell them there is another story than what they have been told.

FM: Could you discuss some of the issues that arose in the making of The Young Karl Marx?

RP: It took, as I said, 10 years to develop the project. When I say that I wanted to stick to the reality, to the real story, that means not to do the usual biopic, but rather to tell the story of what happened. It has to be political, it has to be on a budget that you can be responsible for, and you need total freedom with the material. Those are the constraints.

RP: Exactly, yes, that is the dialogue. If you know the correspondence, if you look at the correspondence, you will find that dialogue. Even a scene like the one with Weitling, the disputes in Belgium. … It’s actually been written by Annenkov, Pavel Annenkov, who is shown in the film [Pavel Annenkov, Russian literary critic, a close contemporary of Marx and Engels, who lived in western Europe for many years].

It was very important to show the actual relationship, the partnership of Marx and Engels as it took shape. There are those among the socialists who have misrepresented this for their own purposes. I’m not interested in mixing in the disputes among the Marxists; I want to return to the basic analysis of capitalist society and how it can be used today.

FM: I noticed that the images depicted during the closing credits of the film included those dealing with the 1960s, and with the colonial revolution, but nothing on the Russian Revolution, when the ideas of Marx and Engels were first actualized in the successful overthrow of capitalism.

RP: That is my personal political choice. I am making a film in a certain context. If Netflix wants to give me 10 hours to deal with the whole history, I would be happy. But this is only on the birth of scientific socialism.

Lenin in the last two years of his life, he didn’t recognize his revolution at all. He criticized the whole bureaucracy. Trotsky also, until he was killed.

A film like this is a miracle. In two hours of film I can’t solve all the problems of the past century. This miracle should be celebrated, and go on from there.

Interviews with Directors and Artists