A diverse cross-section of workers, students and young people attended Socialist Equality Party meetings on Internet censorship and for the release of Julian Assange in Sydney, Melbourne and Newcastle last week. A number spoke to WSWS correspondents.

Alex, a first-year journalism student attended the Sydney meeting after her university’s media society posted a Facebook link promoting the event. “Censorship is always where it starts, in terms of the erosion of civil liberties and the drive to war. In high school we studied World War One and the Vietnam War. In both of those conflicts, censorship was really bad. We learnt about the Pentagon Papers and until they were leaked, people had no idea how bad the Vietnam War was or what its real objectives were.” 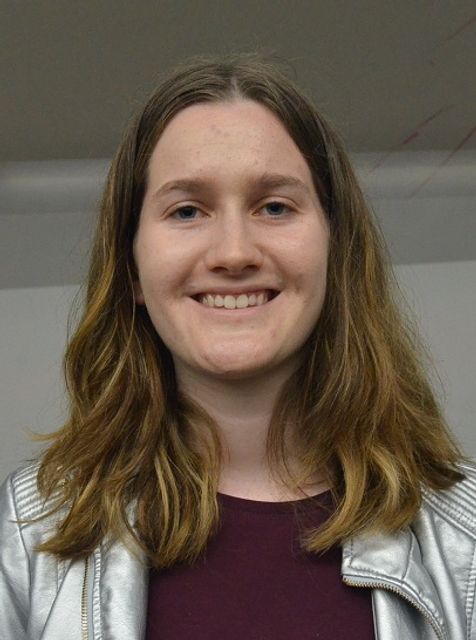 “I found the meeting interesting because it explained the exact reasons why censorship is happening now. I thought it was just because they don’t like the World Socialist Web Site but, in fact, they could see that it was raising political consciousness, and exposing what is going on in society.”

“They’ve been saying we’re going to war for a long time, but it does seem like it’s amping up now, especially with Trump in power. They’ve got all these meetings between Trump and North Korea, but who knows how it’s going to work out.”

Odd, an unemployed worker and former commercial cookery student from Hoxton Park in Sydney’s western suburbs, said she came to the SEP-IYSSE meeting, her first, because she had always had an interest in socialism and Marxism but had not known that “anything like this was going on” until she met a SEP campaign team. 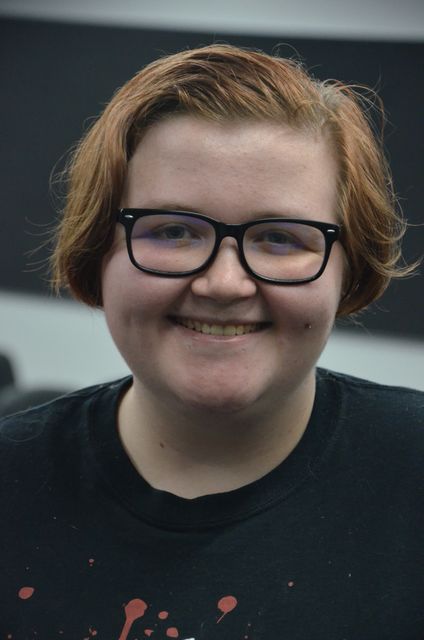 “Internet censorship is of concern to me because much of my social life is on the Internet and this could mean that I can’t do the things that are line in with my interests, because they are not in line with the government’s interests.

“On a larger scale, like with Julian Assange and access to information, this is very important to me because those are things that I do want to know about. I don’t watch the news on TV because it has always seemed to me to be a lot of rubbish. Being able to find somewhere to access credible information—the truth, not just what other people want you to know—is so important.

“I have just started reading the World Socialist Web Site and I find it very beneficial. It defines problems that turning on the TV you are never going to hear about. It’s very deep-rooted in facts, not opinions, not preying to people’s emotions but geared to the truth.

“I am finding out about the history, like with the Russian Revolution and Leon Trotsky, so that it’s not just about what the problems are right now … Knowing all this changes your outlook, knowing things on a deeper level …

“Obviously, we all have to do smaller things that break through the censorship but the only way we are going to have a big effect, to actually change things, is to have a movement and overthrow capitalism, because actions speak louder than words. It’s a necessity.”

Zhang, a Chinese student, said: “The meeting report on Internet censorship and what has happened to Julian Assange, and why it happened, was all new to me. I had only heard about Assange about five years ago when I was still in China. They reported on him and WikiLeaks negatively because he released information detrimental to the Chinese government leaders …

“I’m not used to having discussions about censorship because in China everything is censored. The situation now is much tougher than in the past and censorship much stricter. In censoring social media sites, they block way more words which are critical of the government. In the last few years the government has been forcibly removing a lot of workers out of Beijing, so key words such as ‘removal of workers’ are blocked to prevent people getting information on the Internet …

“No matter where you live in China, in the city or the country, it is the same. About three to six months ago the government blocked VPNs as well, so about 90 percent of people can’t get through this barrier.”

Justin, an Indian postgrad student at the University of New South Wales, said: “As young people we face many challenges, like not having stable employment, not having social security, not having the right wages and also because we are heavily involved in technology and in social media … 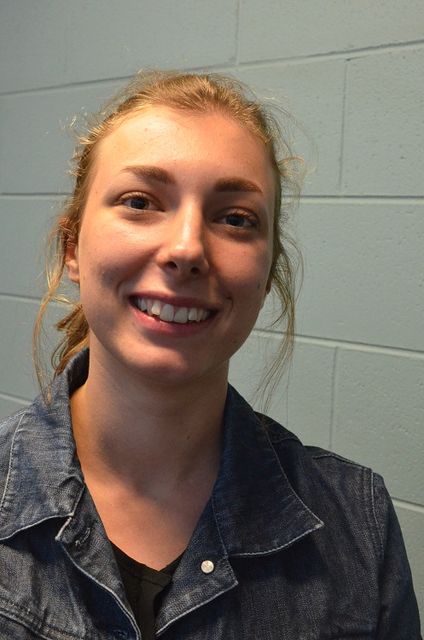 “I didn’t know that Facebook was changing to introduce censorship or how algorithms work and how artificial intelligence is going to pick up what is to be censored or not to be censored. That is new. I didn’t know about what Google is doing either. This is the first time I had heard of any of this.”

Ella, a Fine Arts student, said: “I’ve been following the Julian Assange saga since it began … The comment that I found most interesting was when James Cogan reported that someone said, ‘A true Aussie wouldn’t be a coward.’

“I thought that was outrageous. To judge a man who is seeking political asylum, someone who will potentially be jailed … Australia should have provided Assange asylum. Why did he have to go to Ecuador? That makes me angry.” 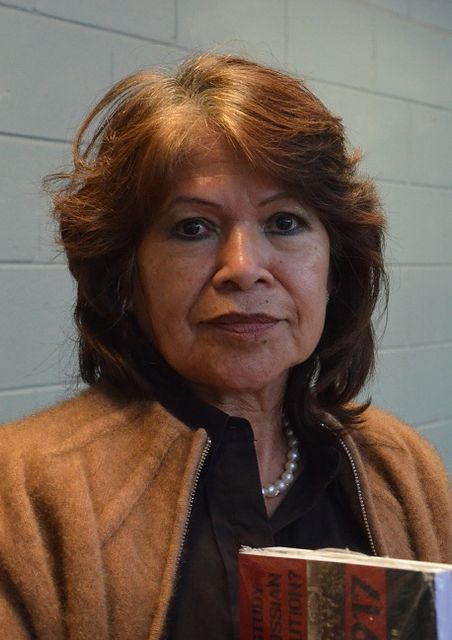 On the meeting itself, Ella said: “I liked how the audience was given space to ask questions and how everyone was listened to respectfully. I liked the method. It was awesome. I haven’t been to a meeting like that before. And the answers to the questions made sense.”

Moya, who came to Australia from Peru in 1973, said: “Julian Assange is a great man. He’s a courageous man because he knew that to show us the truth, especially about what the Americans are doing, would put him in danger…

“America and all those who support them—Britain, Australia—don’t want us to know the truth: that they launch wars and commit atrocities to secure their economic interests, like the control of petrol in Iraq. They don’t want ordinary people to know. And the press says nothing.” 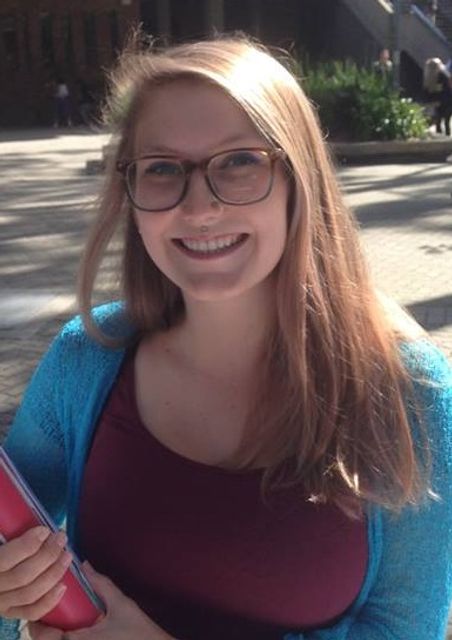 In Newcastle, Hanna, originally from the US, said: “It’s really important not to let someone more powerful than you censor your words, or censor words that would be more powerful to you. That’s a form of control that we don’t need …

“The growth of the military in government is terrifying also because when they have all the power, what is left? I think capitalism is an evil system that degrades and destroys. Everyone is after the dollar whilst ignoring the people in between.”

Tanwer from Bangladesh, who is studying at the University of Newcastle, said: “The most important part of the meeting was how it drew out that mainstream media like Google and Facebook are used by billions of people and that these platforms should belong to the people, not to major corporations …

“Our traditional economic framework is not compatible with this level of technological innovation. We need to bring about a different framework so that information is better integrated for the good of working class people.” 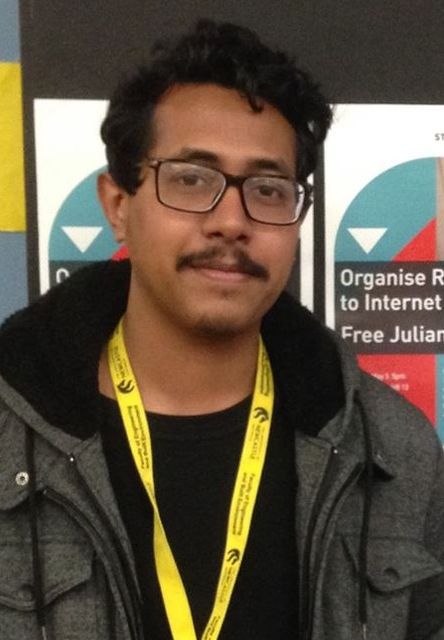 Tanwer opposed Assange’s detention. “Julian Assange took an enormously courageous stand to bring these facts out to people. We cannot let him suffer in prison or experience any sort of harassment.”

In Melbourne, Morgan, a University of Melbourne Arts student, said: “I have been following the Assange story for quite a while. When his case started I was in high school and I gave a couple of speeches in English classes—I was protesting against the Australian government around 2011. My main concern was that the Labor government did not defend Assange and it seemed similar to the David Hicks [Guantánamo Bay detainee] case. It was something that upset me, that the government had abandoned one of its own citizens overseas … 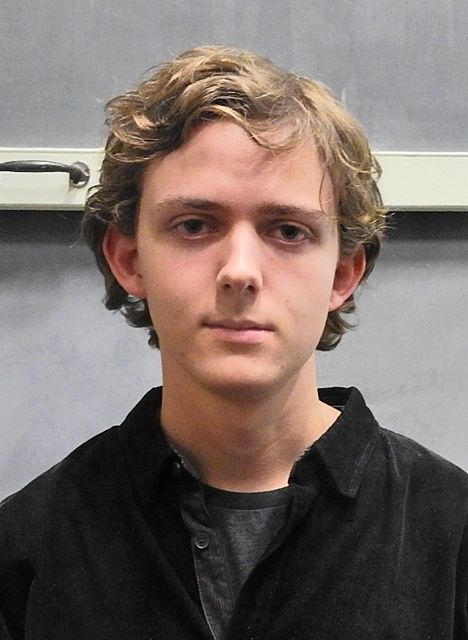 “In the past, I would hear people talking about Assange, but all those groups who supported him seem to have gone quiet. I just heard recently through the IYSSE club that his Internet access has been blocked—otherwise I would not have known about it. His situation is terrible.

“There is a connection between Assange and Internet censorship and I was wondering what could be done to stop it. For the Fourth International, the WSWS is its major weapon to build the movement and the major way of communicating across the whole world. So, to have that blocked by Google is a real problem.”

Jenny, a retired nurse, spoke about the censorship efforts of Google and Facebook. “It’s very frightening, especially with net neutrality,” she said. “I’m quite an elderly lady but it makes me quite fearful for the world that my grandchildren are going to inherit. It makes me wonder what they’re going to have to face.”