Indian supporters of the International Committee of the Fourth International (ICFI) have won important backing from workers, youths and students for the World Socialist Web Site campaign in defence of Julian Assange.

Indian Trotskyists will demonstrate to demand Assange’s freedom at the central bus terminal in Sriperumbudur, a global auto and electronics manufacturing hub just outside Chennai, the Tamil Nadu state capital, at 5 p.m., on June 19. On the same day, the Socialist Equality Party and the International Youth and Students for Social Equality in Sri Lanka will protest outside Colombo’s Fort Railway Station at 4 p.m.

The corporate media and pseudo-left in India have not reported on the situation facing the WikiLeaks editor in recent years, especially since Prime Minister Narendra Modi’s Hindu-supremacist Bharatiya Janatha Party (BJP) came to power in 2014 and strengthened New Delhi’s relationship with Washington. As a result, many people are unaware of the dangers facing Assange, and have learnt about it only from the Indian Trotskyists.

In Kolkata, the state capital of West Bengal, campaigners spoke with students at Jadavpur University.

Sayan said people had to “raise their voices” and fight for the “unconditional release” of Assange. “The US military has carried out countless atrocities and destruction throughout the Middle East in the name of establishing ‘democracy’ and stability,” he said. “The real reason is to impose American hegemony over the region.

“WikiLeaks and Assange have exposed the role of US imperialism and its wanton destruction of life in countries such as Syria, Libya and Iraq. But for the exposure of this enormous truth, Assange has been forced to live for six years in prison-like conditions.

“Just as Galileo was silenced and jailed for speaking the truth, so Julian has been imprisoned. The established media in America has not spoken against this violation of free speech and basic human rights, but only supports the interests of the US imperialism.”

Sayan said the persecution of Assange was “not an isolated event,” and referred to the political situation in India. “People should recall what happened to the journalist Ms. Gauri Lankesh [in Bangalore] who raised her voice against Hindu extremism and exposed the truth about corporate businessmen funding the Hindu-nationalist BJP. She was shot and murdered at her home for speaking the truth.

“When the workers at the Maruti Suzuki auto plant in Manesar in Haryana state fought against the low-paid contract labour system and for better wages and the right to form an independent union, 13 of them were severely punished with life sentences to set an example and to please foreign investors.

“Countries around the world are using all their powers to try and silence every dissident voice and erase proof of their complicity in favour of capitalism and their geopolitical interests. Therefore we must all raise our voices in unconditional support of Julian Assange.”

Another Jadavpur University student commented: “The same things are happening all over India, with journalists being attacked for opposing governments, and anyone with any kind of left inclination branded as being ‘anti-national’ and attacked.” 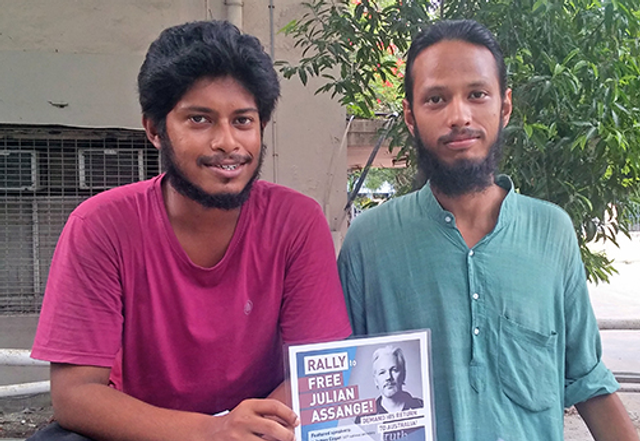 Sharman and Shounak said they knew little about the attacks on Assange’s rights but supported the campaign and wanted to know “how we can fight this oppression.”

Two other students, Soham and Monsij, praised the ICFI’s campaign to defend Assange and said it was “a noble cause.”

Moitrayee added his voice, declaring: “People like Assange and Lankesh are important. What they’ve done to reveal the truth is courageous. Many journalists and dissenters have lost their lives because they’ve exposed governments.” 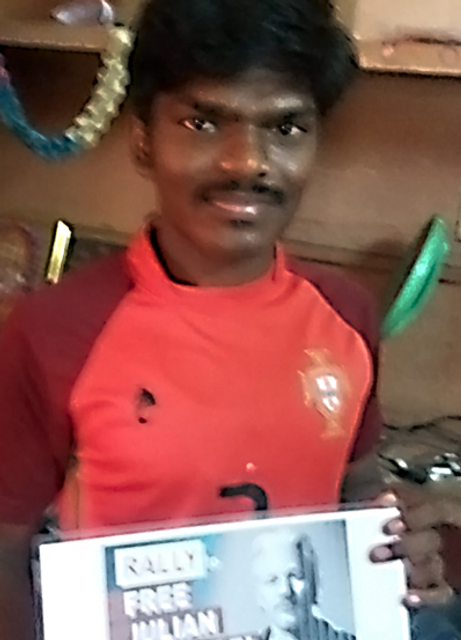 Arokiya, 20, who works at Rocco Parryware, endorsed the campaign to end the persecution of Assange: “I’m happy to meet people from a world party and fully support Julian Assange. The attacks on him are an assault on freedom of speech. I agree that Assange can be liberated only through an international campaign and agitation among workers.”

Referring to increasing anti-democratic measures by India’s ruling elite and the witch-hunt against the Maruti Suzuki auto workers, he added: “It’s unbelievable that these jailed workers were denied bail for five years. We call India a democratic country but they were not granted bail and the comments by the judge—that the Maruti Suzuki workers would hamper foreign investment—were outrageous.

“In the constitution, everyone is supposed to be equal before the law, but the judge’s remarks and denial of bail reveal his complicity in the frame-up case initiated by Maruti Suzuki. I agree that the police, the courts and the military only look after the interests of the rich. I heard that you’re a world party and really like your concept of equality. I’ll definitely read your website.” 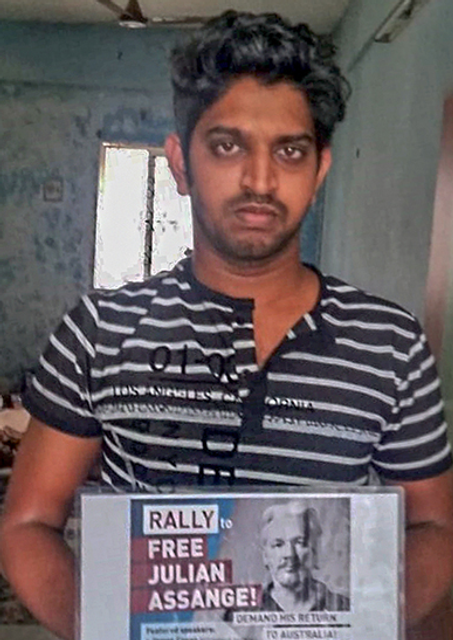 Damodaran, an engineer from the Wheels India company, said the witch-hunt against Assange was an attack on fundamental rights. He commented on the US war crimes in the Middle East. “I knew from the beginning that the US did not invade Iraq for democracy. Its main aim was to plunder the oil.”

Vinoth, a Lumax company engineer, said: “I agree with you that all governments intervene on behalf of the transnational corporations in their respective countries, and that they allow these corporations to do business in any country. But Julian Assange, an Australian citizen, doesn’t have access to any country. I support Assange’s right to exercise his citizenship rights in Australia.

“I’ll support your world party and read your website. I’ll also participate in your protest at Sriperumbudur on June 19 and am quite keen on continuing the correspondence with your movement.” 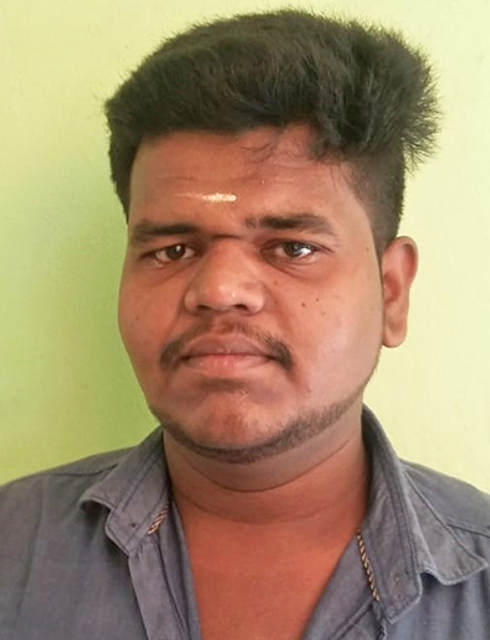 Damu, 22, a Royal Enfield worker, said: “It is a pity that Assange, who is an Australian citizen, is not being defended by the Australian government. I support him for his courageous stand against US war crimes.”

The ruling AIADMK (All India Anna Dravida Munnetra Kazhagam) state government in Tamil Nadu was using similar repressive measures, Damu said. “I condemn the recent police killing of 13 protestors in Tuticorin because they dared to oppose the poisoning of local ground water by the Sterlite Company-owned copper smelter. The AIADMK works in close collaboration with the Indian central government of Prime Minister Modi.”

Damu denounced the Modi government’s amendments to labour laws, which allow employers to sack workers at will. “Employees who have completed 240 days of work should be made permanent. This was a parliamentary act but Modi has removed it and passed a new hire-and-fire policy. The media previously claimed that if Modi came to power every graduate would get a job and there would be big growth, but nothing of that sort happened. Everything is a farce. I hate both state and central governments.”