Around 500 mostly young people rallied in central Melbourne last Saturday to oppose the ongoing vilification of youth of African origin by the Australian and Victorian state governments and corporate media outlets.

The rally, organised by several African-Australian youth, was staged outside the Melbourne offices of television broadcaster Channel Seven. On July 8, the network’s “Sunday Night” program ran a hysterical segment reviving a campaign over a manufactured “African gang” crime problem in Melbourne.

Disregarding official crime statistics showing a decline in crime rates, the ruling elite has seized on a small number of incidents involving black youth over the previous two years to try to whip up nationalism, racism and anti-immigrant sentiment within a layer of the population.

Home Affairs Minister Peter Dutton then falsely blamed “African gangs” for the death of 19-year-old Laa Chol. Chol was allegedly stabbed to death during a “girls night” party in a rented apartment in Melbourne’s central business district. She had reportedly tried to force a group of young white and black gatecrashers to leave.

Dutton nevertheless launched a calculated provocation, declaring that there was a “major law and order problem in Victoria” and “we don’t have these problems with Sudanese gangs in New South Wales or Queensland.”

Dutton, who heads the immigration department and the Australian Border Force, has made similar claims for months. In January, he was widely ridiculed for claiming that people in Melbourne were “scared” to go out to dinner because of “these gangs.”

Last week, former Prime Minister Tony Abbott weighed in, declaring: “So there is a problem… and the Victorian socialist government should get real and own up to the fact that there is an African gang problem in Melbourne.”

Abbott also, in effect, advocated a shift to a racially-based immigrant and refugee intake program, saying: “I guess the big question though is: why do we store up trouble for ourselves by letting in people who are going to be difficult, difficult to integrate?”

While these leading figures in the Liberal-National Coalition are attempting to create a noxious political climate in Victoria before the state election in November, the incumbent state Labor government of Premier Daniel Andrews is just as responsible for the sustained racist furore directed against Sudanese and South Sudanese youth.

Far from being “socialist,” the Labor Party is just as much a party of big business as the Coalition. The Andrews government plans to introduce changes to its anti-democratic so-called anti-association laws to target children as young as 14 years old. This measure, along with enormous funding increases for police and expanded prison facilities, is the Labor Party’s “law and order” response to the so-called gangs problem.

Saturday’s rally was called by Sebit Gurech, a rapper also known as Titan Debirioun. On his Facebook page Gurech stated: “We do not cower in the face of racism, ignorance or hate, nor do we react in a violent manner. We will unite to stand our ground and walk towards progression together.… It is up to us to remain calm and cool-headed to really show Australia that the media’s portrayal of the African community is misinformed and distorted. We REFUSE to be politicised as an election issue.”

At the rally, Gurech stated: “People should not have to see me on the train and be afraid… I am more than the colour of my skin.”

Nyawech Fouch, 21, spoke and introduced herself as the cousin of the 19-year-old African-Australian Liep Gony who was killed in 2007 in a racially motivated random attack. Fouch spoke of how the media criminalised Gony after he was killed, by issuing lying allegations that he was a gang member.

Placards read “stop anti-association laws,” “racist gangs out of parliament,” “racism is the real crime,” “we’re students, not gangs” and “7 is the Fox News of Aus.” Chants included “We are students and leaders, not African gangs.” 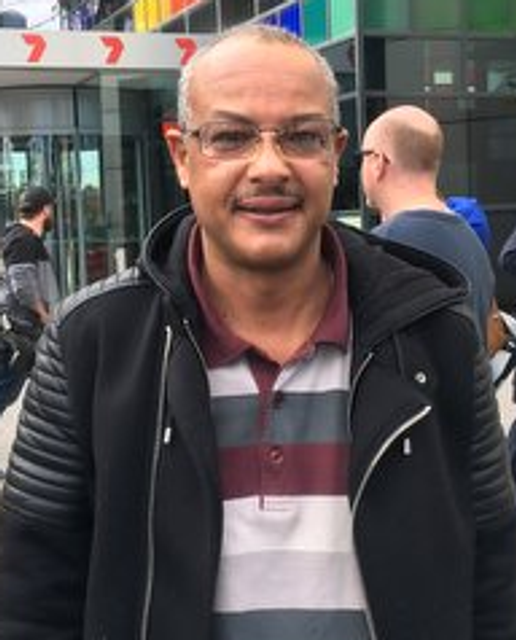 World Socialist Web Site reporters interviewed Nazar at the rally, who said: “This kind of policy has nothing to do with the real problems facing youth. The government is turning a blind eye to the problem of youth by raising such things. Young people are being demonised by the government and targeted by the police force for no reason.

“The Sudanese are a small population but there isn’t a high crime rate. Those comments by Turnbull are for political gain and it isn’t the first time. Because we are a minority community, they can get away with it. They are trying to scare the public.

“It was a ridiculous comment [by Dutton] that people can’t dine out because of the Sudanese community. The real problems are drug issues, finding proper education programs, and addressing these problems in a scientific manner. They spent all this money on the police. Unfortunately it will go nowhere.

“This is a dirty game. It is for when an election arrives. These are comments to spread hatred. By targeting minority communities, it pushes them out of society. It is harder for them to integrate. Australia always follows American policy.”

Philip, a science graduate, commented: “They’re resurrecting this campaign coming up to the elections. They’re using it as a political football by demonising a group. The unemployment rate among youth is really high and when you look at the youth committing crime they are marginalised and discriminated against. Turning it into a race issue is really, really detrimental.”

The political establishment’s xenophobic campaign against African working class youth is part of an international pattern. Official parties around the world are stoking the noxious fumes of racism and nationalism as they implement austerity measures and remilitarise in preparation for war.

The working class must oppose these attempts at division and diversion. The antidote to the jingoism being whipped-up by the ruling elite is the fight for the unity of all working people, regardless of race and nationality, in a political movement directed against the source of the deepening social crisis, the capitalist profit system.