On Thursday, Facebook removed some of the most popular oppositional pages and accounts on the world’s largest social media network, in a massive and unconstitutional assault on freedom of expression.

The move has no precedent in the history of the internet. Workers throughout the United States and the world must be put on notice: the ruling elite is meeting a growing strike wave by workers with the expansion of censorship and police state measures.

In a blog post, Facebook announced that it was “banning… Pages, Groups and accounts created to stir up political debate,” referring to this as “coordinated inauthentic activity.”

These pages use “sensational political content” to “build an audience and drive traffic to their websites.” Tellingly, the social media monopoly added that the pages “are often indistinguishable from legitimate political debate.”

Facebook said the pages were targeted for their “behavior,” including operating “multiple accounts” and posting “clickbait.” These half-hearted efforts to deny that it is targeting oppositional Facebook pages with unsubstantiated allegations about their “behavior” are a transparent lie. 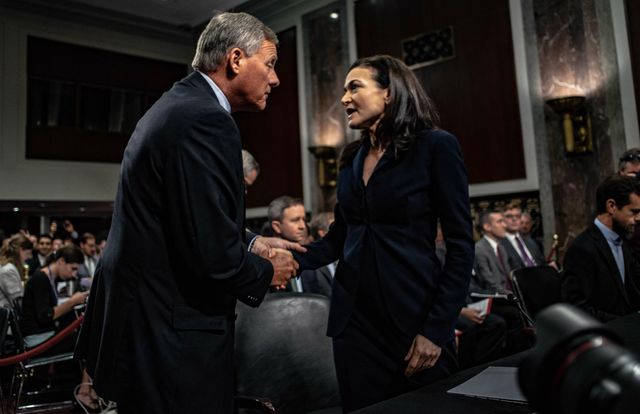 In an instant, the world’s largest social media monopoly has removed avenues through which the American population learns about police criminality, state murder and other government crimes.

An article in the New York Times on Facebook’s moves makes clear that the moves to censor the internet, which began under the pretext of combatting “Russian meddling” in the 2016 elections, are now openly targeting domestic political organizations.

In “Made and Distributed In the USA: Online Disinformation,” the Times refers approvingly to the suppression of “influence campaigns” that “are increasingly a domestic phenomenon fomented by Americans on the left and the right.” It cites an “information warfare researcher” from the New Media Frontier organization as stating, “There are now well-developed networks of Americans targeting other Americans with purposefully designed manipulations.”

The Times further cites Ryan Fox, co-founder of New Knowledge, as claiming that censored pages and organizations “are trying to manipulate people by manufacturing consensus—that’s crossing the line over free speech.” Fox has previously worked for the NSA and the US Joint Special Operation Command. The CEO of New Knowledge, Jonathon Morgan, is connected to the Brookings Institution and was previously a special advisor to the US State Department.

In alliance with the state, Facebook and other social media companies are deciding what organizations constitute “well-developed networks” seeking to “manipulate” public opinion. Of course, this applies not to the mass media, which are engaged in constant government propaganda, but to oppositional groups.

The main targets are left-wing organizations. In August 2017, the World Socialist Web Site published an open letter to Google alleging that it was censoring left-wing, anti-war and socialist websites. As a result of changes to Google’s search ranking algorithm, traffic to leading left-wing pages dropped by as much as 75 percent.

“Censorship on this scale is political blacklisting,” the letter declared. “The obvious intent of Google’s censorship algorithm is to block news that your company does not want reported and to suppress opinions with which you do not agree. Political blacklisting is not a legitimate exercise of whatever may be Google’s prerogatives as a commercial enterprise. It is a gross abuse of monopolistic power. What you are doing is an attack on freedom of speech.”

Censorship by social media monopolies has been instigated by leading figures within the US government, including Democratic Senators Mark Warner and Dianne Feinstein and Democratic Congressman Adam Schiff, who have demanded that the companies suppress “divisive content” in repeated hearings of the House and Senate intelligence and judiciary committees.

In acting as the agents of the American government in carrying out mass censorship, Facebook is directly violating the First Amendment of the Constitution, which prohibits the government from “abridging the freedom of speech.”

While attempting to hide their efforts behind the false pretenses of stopping “inauthentic behavior,” the social media companies in internal discussions have directly acknowledged that they are engaging in political censorship. An internal Google document leaked on Tuesday admitted that “tech firms have gradually shifted away from unmediated free speech and towards censorship.”

The document acknowledged that such actions constitute a break with the “American tradition that prioritizes free speech for democracy.” Amid growing demands by the government and corporate advertisers to police what users say, the document states, censorship is a means to “increase revenues.”

These efforts are entirely in line with plans by the US military to move towards a police state regime. Last month, the Atlantic Council summarized the proceedings of a US Special Forces conference that called for a sweeping crackdown on freedom of expression.

The report observed that “technology has democratized the ability for sub-state groups and individuals to broadcast a narrative with limited resources and virtually unlimited scope,” bypassing the “professional gatekeepers” of the establishment media.

Social media companies have been “thrust into a central role” in seeking to stifle “incorrect” political viewpoints because the vast majority of the population opposes direct government censorship, the report noted.

In January, the World Socialist Web Site called for the formation of an international coalition of socialist, anti-war and progressive websites and organizations to oppose the government’s drive to censor the internet. We urge all organizations that have been censored by Facebook to contact us and join this coalition.