Hundreds of thousands of people marched in London Saturday in support of the campaign for a “People’s Vote” on Britain leaving the European Union (EU). A “Rally for Remain” of around 1,000 people was held at Belfast City Hall in Northern Ireland to coincide with the London demo. 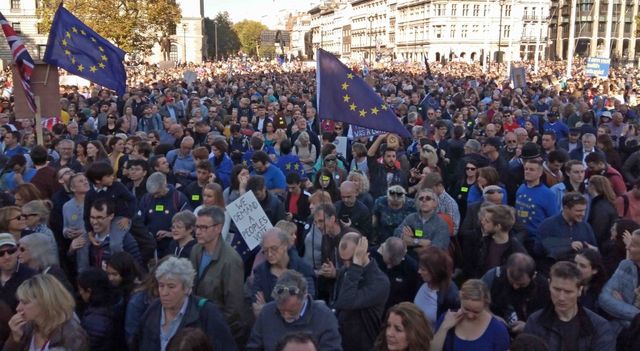 A section of the demonstration in Parliament Square

The cross party People’s Vote is organised by the successors of the Remain campaign which sought to retain Britain’s membership of the EU in the 2016 referendum. Leave won the ballot by 52 percent to 48 percent.

People’s Vote is officially led by Open Britain and other pro-EU groups including the European Movement UK, Britain for Europe, Scientists for EU, Healthier In, Our Future Our Choice, For Our Future’s Sake, Wales For Europe and InFacts. It has “endorsements from across the worlds of politics, sport and the arts, as well as health professionals, students, business and trade unions.”

Open Britain shares the same offices in central London with the European Movement UK, Britain for Europe and Best for Britain. Its address is given publicly as the same as that of the Open Foundation Society, founded by George Soros who has backed a reversal of the result. The location was also formerly the HQ of the Labour Party when under the leadership of Tony Blair, another prominent campaigner for a second referendum.

Led by pro-EU Tories and Labour MPs, the Liberal Democrats, and the Green Party, People’s Vote receives support from prominent sections of the media, including the Guardian and Independent. The Independent has organised a “Final Say” petition in support of a second vote which has around 750,000 signatures.

People’s Vote claim that around 700,000 attended the march that began in Park Lane, significantly larger than the Peoples Vote march in London in June when around 100,000 protested. The group paid for coaches to come to London from around the country, with the campaign boasting, “More than two dozen household names have come together to sponsor coaches that will bring people to the march from all over the UK.” Among these were the Blairite former Labour minister David Miliband, who is now head of the International Rescue Committee NGO in New York. Scores of celebrities also sponsored coaches. 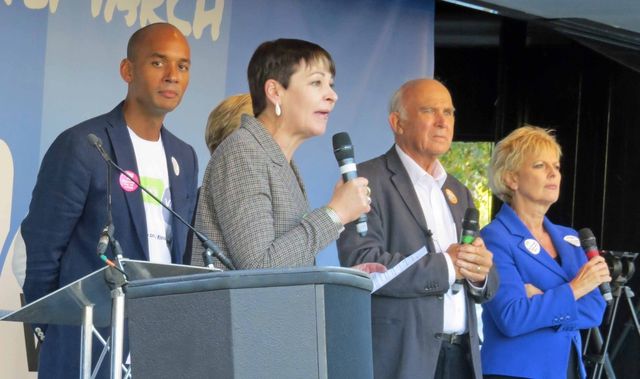 Julian Dunkerton, founder of the Superdry fashion brand, is another prominent backer, donating £1 million in August. The company has around 500 outlets in some 40 countries, including 135 in Britain. Dunkerton, who is worth around £44 million, summed up the concerns of dominant sections of the ruling elite who will be hit if Britain is forced to leave the EU’s Single Market and Custom’s union. “If Brexit had happened 20 years earlier, Superdry would never have become the global success that it did... Europe was our staging post because inside the single market we had no fear of opening a store in France, Germany, Belgium or anywhere else.”

Among its other backers are investor and entrepreneur Richard Reed (worth £50 million), investor Deborah Meaden (worth £40 million) and Gina Miller , the multi-millionaire co-founder of wealth management company SCM Private.

After nearly two years, the Brexit negotiations between Theresa May’s Conservative government and the EU are at an impasse, following their breakdown prior to this month’s EU summit. With talk of planning for a no-confidence vote by Tory MPs, the People’s Vote campaign is seeking a political alignment to achieve a second referendum. The Liberal Democrats are already committed to opposing Brexit, and the Green’s oppose an “extreme” Brexit.

A message from Scottish National Party leader Nicola Sturgeon was broadcast to the rally. She received a loud cheer when she committed the SNP to “support a People’s Vote which includes the option to remain in the EU.” 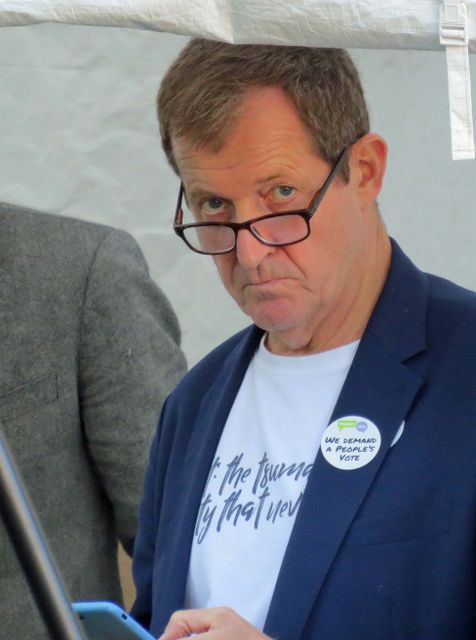 But as Observer chief political commentator Andrew Rawnsley commented, the prime target of the People’s Vote campaign is MPs. And, “a referendum is highly unlikely to happen without the acquiescence of at least one of the leaders of the major parties. Either or both Jeremy Corbyn and Theresa May will have to eat a heap of their own words, a dish that politicians rarely find appetising. The Labour leader would have to unwind previous declarations about ‘respecting’ the 2016 result.”

To this end the main focus of the campaign is getting Labour under Jeremy Corbyn to formally commit to a second referendum. Corbyn has backed keeping relations with the EU single market in some form of customs union and has said Labour would vote down an unsatisfactory Brexit deal but has yet to explicitly support a second ballot.

The People’s Vote is manipulating well founded fears of millions of working people and youth as to the consequences, in terms of jobs, incomes, and being able to travel freely, of Britain leaving the EU via a hard-Brexit. The overt right-wing and racist character of much of the pro-Leave leadership—including the likes of multi-millionaire spivs such as Tory Boris Johnson and former UK Independence leader Nigel Farage undoubtedly repels many. But its opponents at the head of the Remain campaign are themselves an integral part of the “Westminster elite.”

Among the speakers at the rally were Blairites Chukka Umunna and Labour Mayor of London, Sadiq Khan, Liberal Democrat leader Vince Cable and Tory MP Anna Soubry. While the unindicted war criminal Blair is unable to speak in public due to his being the most hated politician since Margaret Thatcher, he is very much pulling the strings on behalf of big business. On the stage directing proceedings was Blair’s former director of communications, Alistair Campbell.

It was Labour, under Blair’s previous chancellor Gordon Brown, who began the policies of mass austerity in the UK following the 2008 financial crash. This was continued and deepened by the 2010-15 Conservative/Liberal coalition through to the present May government.

The claim of the People’s Vote that the EU is nirvana in which all can live in clover, peace and harmony is especially grotesque. According to the Observer, Sunday sister of the Guardian, those behind the demonstration “understand the idea and importance of Europe very well… For them, Europe means inclusiveness, shared values and laws, mutual tolerance and a joyful openness to the majestic richness of myriad lifestyles, languages, traditions and beliefs.”

This is how the EU is seen in the Guardian’s editorial office and among well-heeled layers of the upper middle class and rich, but it is not a reality recognised by millions of workers and youth across the continent. They see only a Europe run in the interests of a wealthy political and corporate elite who impose policies of austerity, militarism, war and attacks on democratic rights. 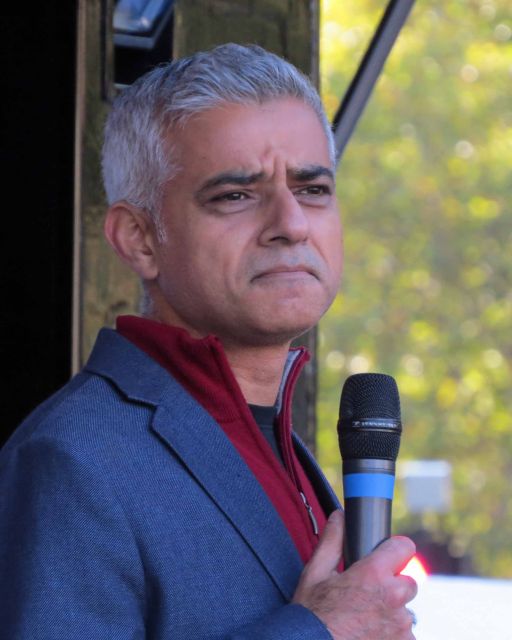 There is no “mutual tolerance” and “joyful openness” available within Fortress Europe for the tens of thousands of immigrants and refugees who have perished and continue to die in the Mediterranean and Aegean seas—or who are holed up in inhumane detention centres surrounded by razor wire—after fleeing the Middle East and north Africa from EU backed conflicts. Not a word is mentioned of the fate of masses of workers and youth in Greece.

Under the pseudo-left Syriza government, EU-mandate austerity has reduced much of the population to penury. But this is only the most grotesque example of the anti-working class measures imposed across Europe. Nor is anything said about the EU’s backing for interventions in Syria, Libya and elsewhere and its own efforts to develop its military capabilities. Those heading the official Remain campaign are the chief warmongers against Russia, leading demands to beef up military spending to “support” NATO.

The Socialist Equality Party opposed both camps of the ruling elite in the 2016 referendum, warning that Remain and Leave were equally committed to austerity, militarism and anti-migrant measures.

Europe cannot be peacefully unified under capitalism, in which the continent and world is divided into competing nation states that are in the midst of a trade war, threatening the danger of military conflict. Neither can the problems facing the working class and society be resolved on the basis of an isolated imperialist state like Britain ramping up the exploitation of the working class, along Singaporean lines, in order to compete globally.

The only way forward for workers in Britain is in unity with the working class across the continent and internationally and the fight for the only progressive solution—the United Socialist States of Europe.