Lectures by SEP National Chairman David North and National Secretary Joseph Kishore attracted large audiences in three cities in the US West Coast this past week. The meetings, “The class struggle, revolution, and socialism in the 21st century,” are part of an international tour on the historical lessons of the Trotskyist movement and their implications for the struggles unfolding today.

Meetings in October in Sri Lanka were attended by hundreds of workers and youth, followed by meetings at universities across the US. North will continue the tour in Australia next. 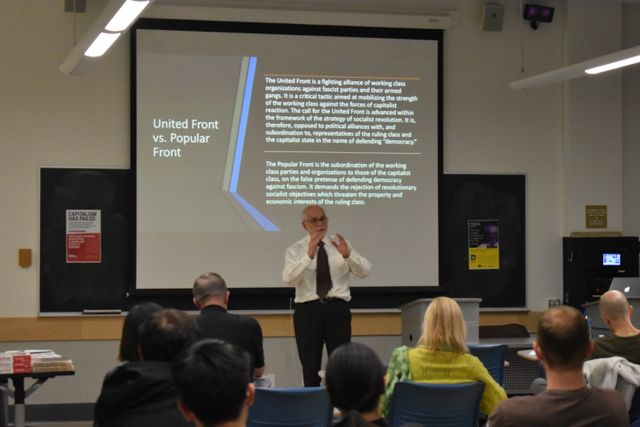 More than 50 people came to hear David North’s lecture at the University of California, Berkeley on Wednesday, and more than 30 attended a meeting the following day at San Diego State University (SDSU). More than 40 attended the lecture by Kishore at Portland State University (PSU) in Oregon on Tuesday. Those attending the meetings included students and workers from the areas.

The meeting in Berkeley was held against the backdrop of the Camp Fire in Northern California, which has left nearly 70 people dead, with more than 1,000 missing.

The meetings reviewed the international political situation, with particular emphasis on the significance of the rise of far-right political forces in the United States and around the world. The lectures reviewed the experiences of the 1930s and the fundamental principles expressed in the founding of the Fourth International.

At the Berkeley meeting, North emphasized the grave danger posed by pseudo-left forces that seek to create a nationalist pro-capitalist populism of the “left.” He noted that postmodernism and identity politics are the ideological expression of the material interests of the upper-middle class, which dominates the political and academic landscape at UC Berkeley and other campuses.

A student visiting from China asked what North thought about the recent crackdown of Marxist student groups in China. North noted the “growing and renewed interest in socialism among Chinese youth and students.” He explained, “The problems between the Chinese and Russian revolutions were very much interrelated. Both Maoism and Stalinism are nationalist distortions of a Marxist program.”

Reporters for the WSWS spoke to several of those attending the meetings.

Chad, a tech worker from the Bay Area noted that North’s lecture gave him a newfound understanding of how essential it was to study the past to make sense of the present. “Why isn’t this stuff taught in schools?” he asked. He described the lecture as “awesome and enlightening,” and that “it gave me a lot to think about.”

Jayaraman, a visiting scholar from India attending the meeting in Berkeley, said that “what North spoke about in the US and Europe is an exact replica of what is happening in India today.”

Beau is a fourth-year student studying political science at SDSU. “I’ve always been left-leaning, but things are now worse. I like how David North touched upon increasing inequality, and how most people are really disenfranchised by the political-economic setup.” 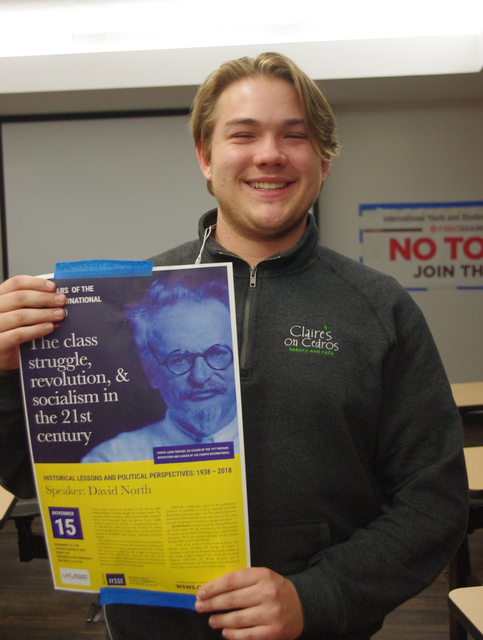 “I think the work of the SEP and the IC are of increasing importance,” Beau added. “I think we have a very important role to play. Young people are made to join ‘populist’ groups that don’t represent them. A social explosion is going to happen, but we as young people and the working class have to be ready.”

Jairo is a former SDSU student who has been attending International Youth and Students for Social Equality meetings this semester. “What is interesting to me is the history of the Fourth International. When you look at history you can see the parallels and you can see the common issues. You see the rise of Trump and these Neo-Nazi movements. On the other side you see the rise of Bernie Sanders. But now capitalism is done with reformism and cannot even offer a New Deal anymore.”

Brittney, a student at SDSU said, “I was really interested in learning more about socialism. My friends know a lot more about it and I feel that it's something that I should know more about. The topics that [David North] spoke about make a lot of sense and affect everyone." 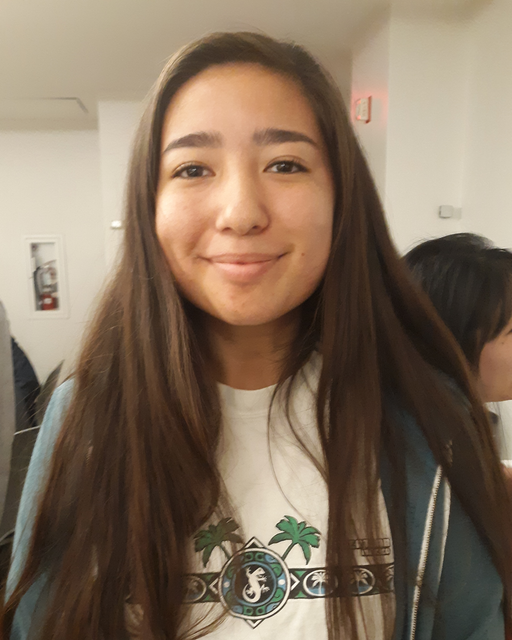 Lianna is a former student of SDSU. “A lot of people I know are discontented with what is happening here, and many of them think we can find a solution in identity politics or the DSA [Democratic Socialists of America]. Others feel helpless and a sense of doom. This lecture tonight was important to remind us that we can do something about it.”

“I really enjoyed the meeting,” said Charles, a senior undergraduate studying music composition in Portland. "I thought it was a prescient analysis of our current political situation and demonstrated the necessity for socialist revolution." 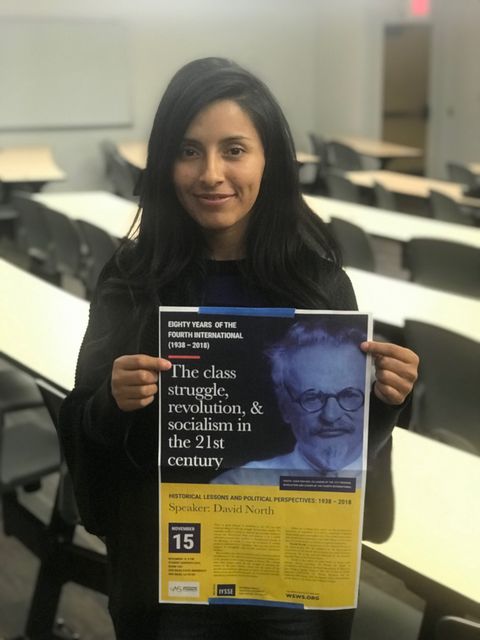 Ned, a graduate student in Sociology from London, UK, has attended several IYSSE meetings at PSU since the start of the term. “I think institutional politics has utterly collapsed so some newly organized force is certainly needed. I learned a lot at this meeting about the historical placement of the ICFI, where it comes from and what it stands for, and the current challenges faced by the socialist movement. I'm looking forward to learning in more detail about this movement and what the goals for the next few years look like, and how they can be achieved."

Parker, a computer science student at PSU who is just beginning to learn about socialism, said, “The presentation was really convincing that socialism makes sense. It’s about giving less power to the rich, more power to the people. It would change the economic framework to gear toward society as a whole, rather than the people at the top.” He also enjoyed how the presentation clarified some of the misconceptions that people have about socialism, like its association with Stalinism, and how that history can be used to win more people over to real socialism today.

Charlie, a 32-year-old retail worker, came to the Portland meeting after reading about the Trotskyist movement through the World Socialist Web Siteand Mehring Books. “The emphasis on connecting history to the struggle today is crucial.” 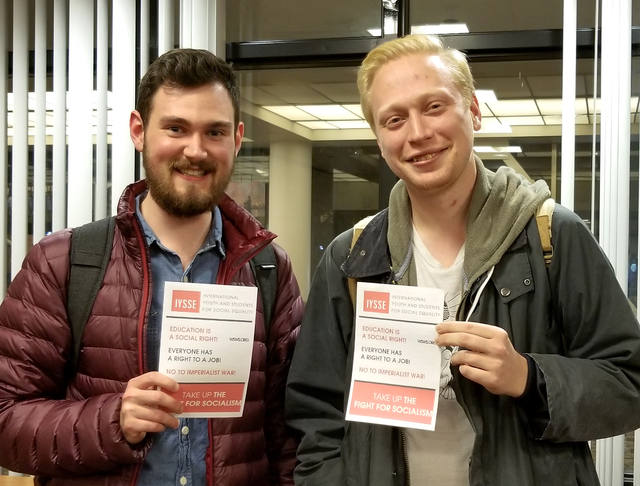 Charlie continued, “Socialist theory has to correspond to reality as best as possible. Consciousness will never completely reflect reality, but the idea is to approximate it as closely as possible. And not by idle speculation, but through struggle. Marx would have never arrive at his conclusions if he was not a revolutionary. The major question for me now is how to bridge the gap between objective reality and current working class consciousness. I want to get more involved."