A tale of two cities: Grenfell Tower and the “ultra-luxury” lives of the super-rich

The above is the motto of the Conservative-run Royal Borough of Kensington and Chelsea council (RBKC) in London. We suggest it be changed, as RBKC is carrying out its social cleansing agenda to such an extent that a more appropriate motto would be: “What a good thing it is for the richest to live in glorious isolation from the poor.”

Just 18 months after the Grenfell Tower inferno in which 72 people perished, the council has given permission for the building of two “ultra-luxury” residential retirement homes just a few miles away.

Grenfell lies in the northern part of what is the most socially polarised borough in one of the richest cities in the world. Taking account of only the declared wealth of the super-rich, the average (mean) salary in the borough in 2017 was £123,000. The Economist noted that the median income (the point which half the population is above and half below) “is just £32,700. … The gap between the two, one of the widest in the country, reflects the gulf between earnings at the very top and the very bottom.”

A report produced after the fire shows that child poverty in the poorest areas of the borough hits 58 percent. Wealthy Knightsbridge has a health deprivation index of 0 percent, whereas a council estate two miles away has a health deprivation rating of 65 percent. Incidences of chronic heart and lung disease, tuberculosis and diabetes have risen in the past six years and there has even been a case of a child suffering from the Victorian-era disease rickets.

Yet, even as some Grenfell survivors remain in “emergency” accommodation—and still without permanent housing as promised by the council—a retirement complex development costing £600 million over the next five years will be built just off the prestigious Kensington Square.

Heythrop will feature 142 new “Extra Care” apartments, for rent at between £1,600 and £3,000 a week. They will be valued at an average of £3.6 million each. At the heart of the development will be a 1.6-acre private landscaped garden, designed by Chelsea Flower Show winner Andy Sturgeon. 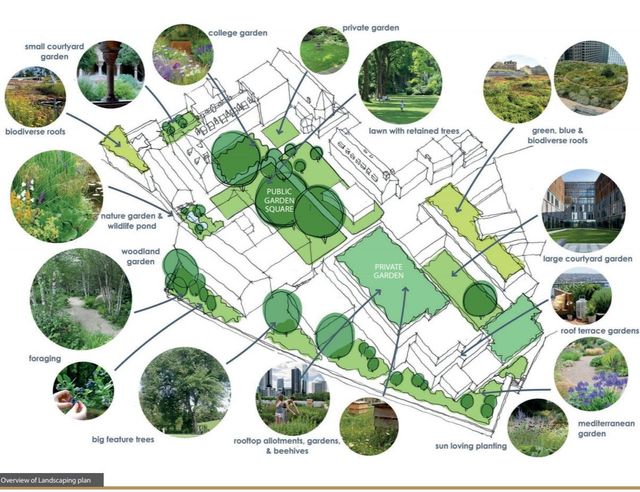 Proposed gardens at the Heythrop development including large private garden

Facilities will include a yoga studio, cinema and “wine room,” pet grooming, a hair and nail salon, a spa with special hydro pools, a Pilates room, library, restaurants and a café. Sandelson said, “We want to deliver world class care, servicing and design … you can press a button and a carer can come and look after you.”

As one local resident, who has lived in the borough for 47 years, told London’s Evening Standard, “It’s a building for oligarchs that is dressed up as a retirement home.”

Heythrop is to be built on the site of Heythrop College, a former Catholic theological school dating back to the 17th century, and will bring back into residential use three townhouses on Kensington Square. These are expected to sell for around £12 million each.

If nothing else, Heythrop should expose forever the fraud of “affordable homes” in all its grotesque stupidity. Heythrop developers Westbourne Capital Partners (WCP) agreed to a token five “affordable” homes in the complex. But given that what is affordable in Kensington Square is not affordable for the vast proportion of the population, the super-rich need not fear any brushing shoulders with the lower orders.

No more such housing is required to be built on the site by WCP, as it secured a Section 106 agreement with RBKC. These enable property developers to abrogate local council requirements that new private developments include a token number of “affordable” homes. Instead, in what is institutionalised corruption, developers can pay slush money to councils instead.

At Heythrop, the Section 106 stipulated that WCP pay just £4 million towards step-free access for High Street Kensington Underground Station, some highway upgrades and installing some on-site public art. WCP happily paid this pittance, knowing the massive financial returns to come on their Section 106 “investment” in paying £100 million to acquire nearly three acres of prime real estate in Kensington. The £4 million-plus is peanuts to Johnny Sandelson and WPC co-founder David Meagher, who have completed property deals with a combined Gross Development Value in excess of £3.5 billion in London over the last five years.

The Heythrop development will be added to a growing group of “ultra-luxury” complexes for the super-rich. WCP boasts of an “extensive track record in the central London market” that focuses “on strategic land assembly, residential and extra care developments.” Next year, Sandelson, through another business he co-founded with property developer Karen Mulville, is to open a £200 million residential care complex, known as Auriens, off the Kings Road in nearby Chelsea. 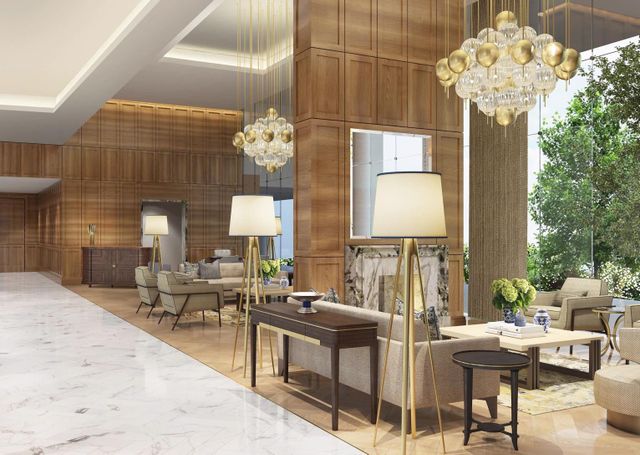 Fifty-five apartments are being built at Dovehouse Green, with five already sold. These are going for a minimum price of £3 million for a one bedroom flat. In what is described as the “world’s most expensive retirement home,” a two bedroom “penthouse” will cost £10.5 million, with residents paying a minimum annual service charge of £16,344. This is double the state pension on which most pensioners depend.

Residents at the Auriens won’t have any such worries as they wallow in “the most luxurious of retirements,” including a 15-metre swimming pool, separate “vitality pool,” private cinema, Pilates classes, valet parking and chauffeur services. Aston Martin mobility scooters and Bugatti stairlifts are being considered. Relaxation is provided for via a reading room designed by David Linley, a nephew to the queen, and gardens created by Sturgeon. An in-house restaurant, Culford’s, will offer meals “worthy of any of the world’s fine dining establishments.” The menu will include a selection of caviars, including 50g of beluga for £250.

An 18- to 24-year-old unemployed worker in the borough must eat, drink, clothe themselves and pay their bills on Job Seekers Allowance of £57.90 a week. Private nursing care at Dovehouse Green costs £40 an hour, but nurses and carers will be paid a fraction of that sum after their employers take their slice of the pie. Sandelson and Mulville are both directors of the private care firm, Draycott, which will provide the service.

The social cleansing and gentrification of large swathes of London are seen in microcosm in Heythrop and Auriens. Auriens is being built on the site of what was the last local authority care home in the borough. Thamesbrook was a 56-bed elderly care and residential home. It was temporarily closed in June 2014 following a bacterial outbreak in its water system. This was utilised by the council to quickly move residents out. As reported in the local KCW Today in February 2015, the bacteria outbreak was a “problem that independent hospital water specialists described as simple to treat and quick to make safe. The council, however, chose to evacuate the residents, sending vulnerable patients on risky transfers to other homes, a significant number out of the borough. Six months on, some have died and none have been able to return.”

This meant nothing to RBKC, whose nostrils were filled with the powerful scent of money to be made from prime real estate. Once residents were out of Thamesbrook, RBKC announced that it was only “prudent” to “consider its future whilst it was empty.” Within a month, RBKC began the routine phoney consultation exercise councils specialise in on “a wide selection of options for the long-term future of Thamesbrook.” Just over one year later, the permanent closure of Thamesbrook and disposal of the site for around £70 million was agreed.

This hideous social cleansing took place at the same time as the council signed off on plans for the “refurbishment” of Grenfell Tower, with cheap flammable cladding installed on the outside of the tower to prettify it so it would not be a concrete eyesore for nearby wealthy residents.

With the public inquiry into the Grenfell fire delayed for at least a year until its second phase, and the police confirming their “criminal investigation” is years from completion with no one yet charged or even arrested, it is back to business as usual for the council and the super-rich constituency it serves.