On January 29, a catastrophic fire destroyed 12 line rooms (long buildings divided into small living quarters) at the Vanakadu Division of the Robgill Estate in Sri Lanka’s central hill districts. The blaze, which occurred during work hours at around 11.30 a.m., devastated the homes of 66 people, including 21 children.

The 16 families have lost all their belongings, including clothes, kitchen and other domestic equipment, and birth certificates, national identity cards and other necessary documents, as well as children’s books and school uniforms. The victims are currently being accommodated, without adequate food and sanitary facilities, at the estate’s cultural hall and the Kovil (Hindu temple). 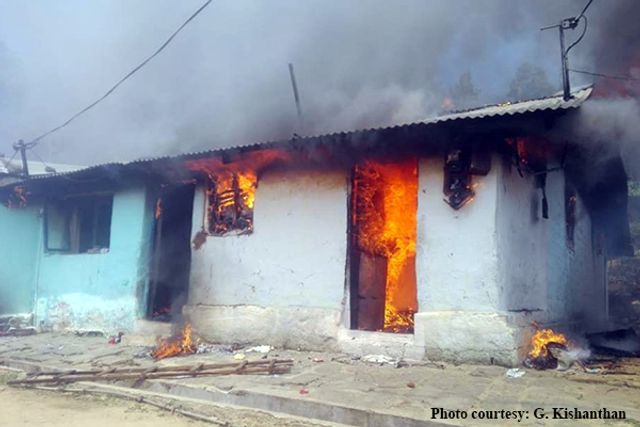 Robgill Estate is owned by Kelani Valley Plantations and located 7 kilometres from Bogawantalawa and 11 kilometres from Hatton. About 110 workers are employed at the Vanakadu Division.

While the cause of the fire has not yet been officially determined, the principal reason for the disaster is hardly a secret. It is a product of the grossly inadequate, overcrowded and unsafe housing conditions. The overwhelming majority of Sri Lanka’s plantation workers and their families are accommodated in line rooms—rudimentary one-bedroom spaces with a small veranda and a kitchen, many built during British colonial rule. Two or more families generally live in one line room.

* In April 2011, 20 line rooms were gutted by fire at Maskeliya Brunswick estates. Another fire seriously damaged several line rooms at the same estate in January 2016.

* In 2012 May, 22 homes were destroyed at Mocha Estate at Maskeliya, displacing about 100 people.

* In November 2014, over 80 people were displaced after 22 homes were gutted by a fire at the Dayagama plantation near Nuwara-Eliya.

* Last year, on December 29, about 20 homes were destroyed by a fire at the Fordyce Estate at Dickoya. Management promised to provide new homes but the families are still living in temporary huts and inadequate facilities.

Hundreds of other line rooms have been destroyed over the years by fire, landslides and other entirely preventable causes.

While successive Sri Lankan governments and the plantation companies regularly promise better accommodation for the estate workers, nothing changes. 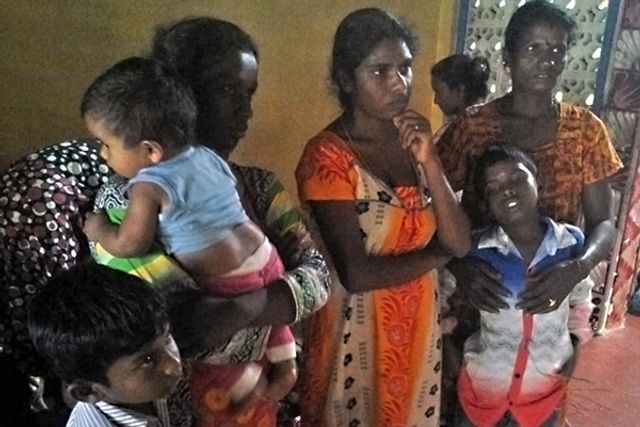 Families sheltering in a temple at Robgill estate

According to some estimates, about 67 percent of plantation workers are living in 120 square feet line rooms that have no proper ventilation. Twenty five percent of these facilities do not have proper toilets.

While the literacy rate in Sri Lanka’s urban areas is 92 percent, it is only 67 percent in the plantation districts. Schools in these areas are not properly maintained and do not have adequate numbers of teachers or proper facilities and equipment.

S. Shanthi, a female worker, told the WSWS that three 11-member families were among those whose homes were totally destroyed by the fire.

“We lost all our belongings and important documents. It is not easy for us to pay for the replacement of these things because wages are not even enough for our food,” she said.

Shanti explained that the recently signed sellout agreement between plantation employers and the unions eliminated a number of previously established allowances.

“We’ve actually only received a 20-rupee (11 US cents) increase in our daily wage so I can’t imagine how long it will take us to pay for the replacement of our documents. If we had a proper accommodation and housing system, we wouldn’t have suffered this much damage,” she said.

There is no bus service to the Vanakadu Division of the Robgill Estate, which is located in a hilly area, forcing residents to walk three kilometres to reach the main road. Local roads are in a dilapidated condition and children have to walk long distances to reach their schools.

Ranjith Kumar, a three-wheel taxi driver, told WSWS reporters that three patients had died and six pregnant women delivered babies when he was transporting them to the nearby Bogawantalawa hospital. 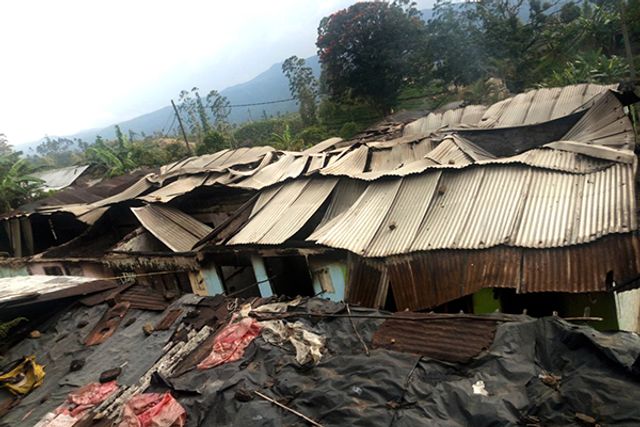 A section of the damaged line rooms

R. Ananthakumar, 42, said working conditions were bad at the estate but that he had previously been disciplined for speaking out.

“We have to pluck 18 kilograms of tea leaves to reach the daily target but then they [management] deduct two or three kilos for the weight of the bag when it should only be one kilo. If anybody challenges this, he or she is victimised. It’s also very difficult to get leave at this estate.”

Ananthakumar pointed out that if female workers take one month more than their entitled maternity leave because of sickness they are suspended. “The trade unions are not fighting for our rights and they are useless. All these unions betrayed our wage struggle.”

S. Prabaharan, 31, said no trade union leaders had visited the estate since the fire or even spoken to any of the homeless workers and their families.

“They’re afraid to come because of their betrayal of our wage struggle. It’s useless to pay the 150-rupee subscription to the union and so we’ve decided to stop paying and to fight for our rights ourselves,” he said.

Plantation management, he continued, wanted to introduce the revenue sharing system at the estate. “We opposed it and it was temporarily stopped. This system was implemented at Tillyrie Estate, which also belongs to Kelani Valley Plantations, and its workers now face a lot of problems.”

S. Ranjini, a 21-year-old mother, has been a casual worker on the estate for three and a half years. “There are several other casual workers like me but the unions are not fighting to make us permanent. I can only pluck 10 kilos of tea leaves per day and so I’m paid just 300 rupees per day. If I worked at the tea factory I could get 500 rupees, but it’s now closed.”

Another worker explained that 60 former tea factory employees had been transferred to field work and had their working days reduced. “There’s no guarantee for our jobs in the future,” she said. 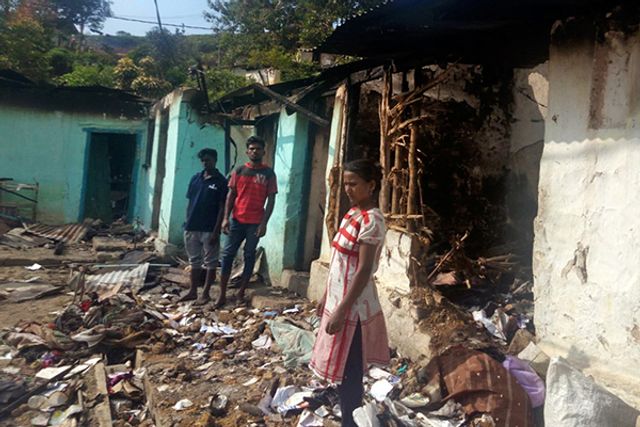 Rooms burnt down by the fire

Conditions facing workers at Robgill are typical of those at tea estates throughout Sri Lanka where workers have fought bitter struggles to improve their wages and living conditions.

In October last year plantation workers began a determined fight to demand a 100 percent increase in the basic daily wage—from 500 rupees to 1,000 rupees. This culminated in a nine-day national strike by over 100,000 estate workers in December.

As the recent pay struggle confirms, plantation workers’ wages, working conditions and the provision of modern and safe housing for their families will not be changed by the unions, which defend employers’ profits, the government and the entire capitalist system.

Homeless survivors of the line room fire at Vanakadu Division and other Robgill Estate workers should follow the political lead given by Abbotsleigh Estate workers and establish an independent workers’ action committee on their estate to fight for safe and secure accommodation, a decent living wage and other basic social rights.

What is required is a complete break from the unions and a turn to other sections of the Sri Lankan working class on the basis of a fight for a workers’ and peasants’ government to implement socialist policies, including placing the plantations under public ownership and democratic workers’ control.