WikiLeaks today issued a warning that its founder, Julian Assange, faces imminent eviction from Ecuador’s London embassy, where he sought political asylum in 2012. The publishing organisation indicated that he would then be arrested by the British police.

A post by the official WikiLeaks Twitter account at around 5:30 p.m., US Eastern Standard Time, stated: “BREAKING: A high level source within the Ecuadorian state has told @WikiLeaks that Julian Assange will be expelled within ‘hours to days’ using the #INAPapers offshore scandal as a pretext—and that it already has an agreement with the UK for his arrest.” 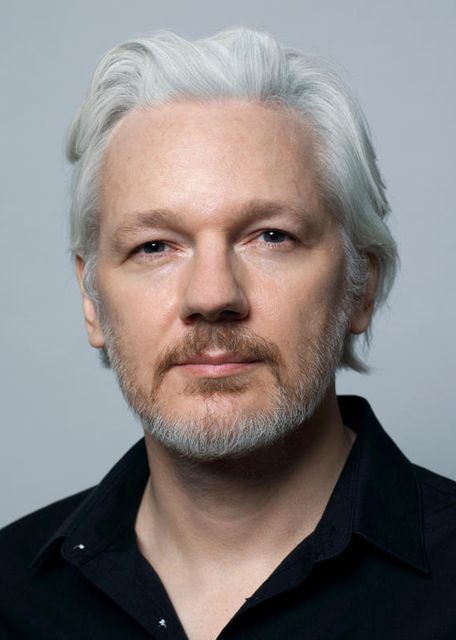 In a reply to CNN, Ecuador’s foreign ministry refused to deny WikiLeaks’ allegations. ‘We do not respond to rumors, hypotheses or conjectures that do not have documentary support. If there is official information, we will share it at an opportune moment,’ the ministry stated.

WikiLeaks’ warning must sound the alarm for all defenders of democratic rights. In the heart of London, an advanced conspiracy is underway to abrogate the political asylum of a journalist and publisher, whose only “crime” has been to expose the illegal wars, diplomatic conspiracies and mass surveillance operations of the US, Britain and the other major powers.

If the Ecuadorian government carries out its repeated threats to expel Assange from the embassy, it will forever be viewed by world public opinion as a vassal state that violated the right of asylum to curry favor with the US government, intelligence agencies and Wall Street banks.

As WikiLeaks told the Associated Press earlier this week, if Ecuadorian President Lenín Moreno “wants to illegally terminate a refugee publisher’s asylum … history will not be kind.”

A British arrest of Assange would be no less illegal. For years, Assange has been vindictively pursued by British authorities over trumped-up bail charges.

As legal experts have noted, the alleged offences were effectively resolved years ago, when Assange forfeited bail money. Moreover, he has spent more time illegally detained in the embassy, as a result of the British arrest threats, than would stem from any conviction on the minor bail charges.

The transparent purpose of the British detention of Assange would be to facilitate proceedings for his extradition to the US. Late last year, US prosecutors revealed, apparently by mistake, that the American government has already laid charges against the WikiLeaks founder.

Over the past month, the US pursuit of Assange has dramatically escalated. On March 8, Chelsea Manning, who in 2010 leaked US army war logs and diplomatic cables to WikiLeaks, was arrested and jailed indefinitely for refusing to testify at a closed-door grand jury hearing aimed at concocting charges against Assange. The Trump administration’s detention of the courageous whistleblower has been backed by the Democrats and the corporate press, who have done nothing to oppose her imprisonment.

Manning’s arrest confirms that US charges against Assange would be over WikiLeaks’ publications exposing mass civilian casualties in Iraq and Afghanistan, including the extrajudicial assassination of journalists and children, and US diplomatic intrigues affecting virtually every country in the world. Assange would likely face conspiracy or espionage charges carrying a sentence of life imprisonment or the death penalty.

Over the same period that Washington has ramped-up its campaign against Assange, the Ecuadorian regime, doubtless in collaboration with the US government, has sought to manufacture a pretext to carry out its long-standing plans to expel the WikiLeaks founder from the embassy.

Since it came to office in 2017, the Moreno regime has sought to reverse the decision of the previous government to grant Assange asylum, slanderously denouncing him as a “hacker” and “our inherited problem.” Moreno has dramatically expanded relations with the US and has been accused by WikiLeaks of spying on Assange on behalf of the US intelligence agencies.

Moreno ordered the shutting-off of Assange’s internet access in March last year and severely curtailed his right to receive visitors. In October, his government issued a protocol, stipulating that Assange’s asylum was conditional on him remaining silent on all political issues, including his own plight.

Last week, senior officials began claiming that Assange had violated the draconian protocol. On Tuesday, Moreno declared in an interview with Ecuadorian state radio that Assange was to blame for a corruption scandal currently engulfing his government.

Moreno accused Assange of hacking the contents of his gmail account and mobile phone, which were sent to an opposition lawmaker last February. The material, along with related documents dubbed the “INA Papers,” implicate Moreno, and his closest associates, including his brother, in fraud, corruption and perjury.

The Ecuadorian government is well aware that its unsubstantiated accusations are bogus. They know Assange does not have internet access, because they terminated it in March last year. The only “evidence” of WikiLeaks’ ties to the INA papers is that the organisation’s Twitter account tweeted reports about the revelations.

The dirty intrigues involving the Ecuadorian, British and US governments have only been able to proceed because of the support of all of the official parties, in those countries, and in Assange’s native Australia, for his persecution.

The political establishment in every country views the campaign against Assange as the spearhead of a broader drive to internet censorship and authoritarian forms of rule. They are pursuing the WikiLeaks founder, to set a precedent for the suppression of mass opposition to war, austerity and dictatorship, amid seething popular discontent around the world and an upsurge of the class struggle.

If Assange is expelled from the embassy and taken into British custody, it will set into motion a protracted legal battle for his freedom. Any application by the Trump administration for Assange’s extradition to the US would be bitterly contested by WikiLeaks’ legal representatives.

The jailing of Manning, in a desperate attempt to force her to give perjured testimony against the WikiLeaks founder, indicates that the US case against Assange cannot withstand serious judicial scrutiny. Manning has, courageously and at great personal cost, refused to comply with this legal travesty.

As legal experts and defenders of democratic rights have repeatedly stressed, any attempt to prosecute Assange in the US for his publishing activities would violate centuries of legal precedent. It would represent nothing less than an attempt to overturn the First Amendment of the US Constitution, which protects free speech and freedom of the press.

If the United States attempts to extradite Assange through extralegal means, it will only cement its status as a criminal regime operating entirely outside the framework of international law.

The Australian government, which, like its predecessors, has collaborated in the attacks on Assange, has an undeniable responsibility to defend the Australian citizen and journalist. It must use its legal discretion and diplomatic powers to compel the British government to allow Assange to leave the country, and return to Australia, with a guarantee against extradition to the US.

While the legal defence of Assange will be critical, the fight to mobilise workers, students and young people for his freedom will be decisive. In workplaces, university campuses and neighbourhoods, workers and young people must be apprised of Assange’s plight, warned that the attacks against him are aimed at eviscerating their own democratic rights, and rallied in his defence.

The WSWS and Socialist Equality Parties around the world, which held powerful demonstrations in Australia and the US last month demanding Assange’s freedom, will step-up the fight for his liberty. The broadest political campaign, involving all defenders of democratic rights, must be organised, including through the calling of meetings, protests and demonstrations over the coming days and weeks.