World Socialist Web Site (WSWS) reporters spoke with residents of Kochchikade, in Colombo and Katuwapitiya in Negombo where two of yesterday’s deadly bomb blasts occurred. They also visited the Colombo National Hospital and Negombo District Hospital, interviewing injured survivors and others searching for news about their missing relatives. 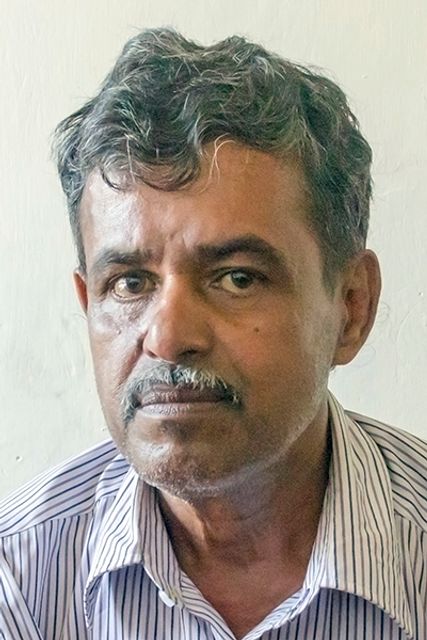 N.A. Sumanapala, who lives in Jampattah Street, opposite St. Anthony’s Church in Kochchikade, said: “There was a huge blast at about 8.45 in the morning, just before the morning prayers ended. People were screaming and there were pieces of flesh scattered around. Because it’s Easter Sunday, there could have been thousands of people in the church. Many came from remote areas for the Easter service.

“There was only one ambulance at that time and it arrived about half an hour after the bomb attack. Victims were transported to the hospital by buses, three-wheel taxies and other vehicles owned by local residents.”

Sumanapala angrily denounced the terror attack. “I don’t know who is responsible for the blast but it’s a barbaric act,” he said. “We experienced a 30-year war which had a huge and devastating impact on everyone. The aim of this bomb attack could be to instigate communalism and turmoil. It must be totally condemned.” 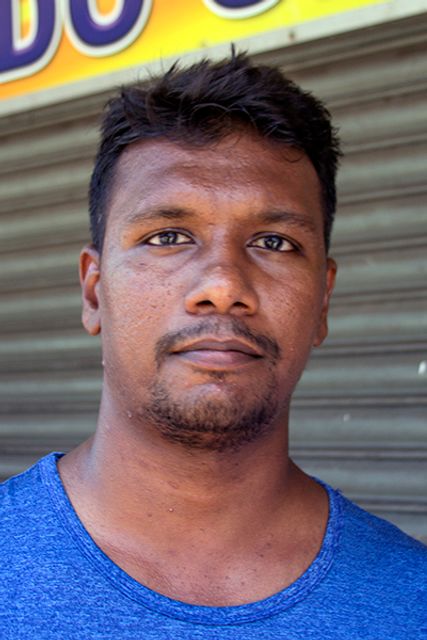 Stephen Fernando, who also lives near St Anthony’s church, said: “There was a huge blast which occurred whilst I was sleeping. My mother said that the explosion was in the church and so I rushed there. There was blood and flesh everywhere. It was very upsetting and people were screaming and running.” Fernando denounced the terrorist attack, condemning it as “a cynical attempt to provoke conflicts among the people who live with harmony.”

Sri Lankan hospital authorities only allowed the media to visit Ward 32 at Colombo National Hospital where 35 victims with minor injuries from Kochchikade blast had been admitted.

Shonal Daniel, 15, a student from Wattala, a Colombo outer suburb, had injuries to his face and right arm. His father told the WSWS that his son had gone to morning prayers at Kochchikade church but had arrived late. “Because he was late we were upset but then we heard that there was a blast at the church and we rushed there and learned that the victims had been taken to the hospital. We came here in great fear but fortunately he only has minor injuries. This bomb attack is a brutal crime.” 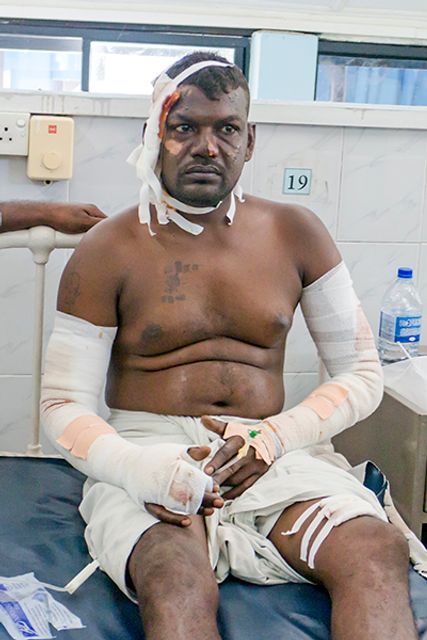 Ranjith Kumar, 42, a porter at Petah in Colombo, was being treated for burns. “I was inside the church and suddenly there was a blast and then another big sound with flames. I was knocked over but managed to get out,” he said.

“My wife fell down. She has head injuries and was admitted to Ward 38. My 10-year old son was also in the church but fortunately only had some of his hair burnt. We don’t have a regular monthly income but only earn about 2,000 rupees for a whole day’s work. I have to feed six people on this income. This incident is a huge blow for us.”

Nelson, 32, from Nawalapitiya in Sri Lanka’s central province, works for a gas company in Gampaha, 25 kilometres from Colombo. “My head was hit hard when I was knocked down by the bomb blast and several people fell on me. My uncle, who was with me in church, cannot hear anything now because of the huge sound of the blast. The mass was occurring in Tamil and we were lighting the candles when the bomb went off.

“My wife has just had a baby and is in Castle Hospital [in Colombo], waiting to go home. She doesn’t even know that I’ve been admitted to the hospital. Fortunately I’m alive but this is an outrage. Look how many people have been killed and injured.” 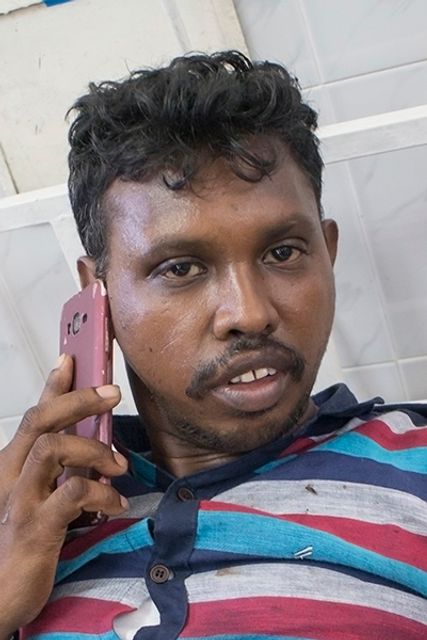 Two young women were at the hospital searching for their husbands who had been at St. Anthony’s church. They could not find them. One of the women, S. Rohini, is married to Loganathan Rames, 30, a salesman at a rice shop.

“We were married five years ago and have a five-year-old child,” she said. “My husband went to the Kochchikade church service but I, and other family members, went to another church. We’ve searched all wards in the National Hospital and even we went to other hospitals but we cannot find him anywhere. We strongly condemn these attacks,” she said.

WSWS reporters also visited the Catholic Church at Katuwapitiya in Negombo where there were still about 20 bodies in the building. The bodies, which were burned beyond recognition and scattered across the floor, remained there until 2 p.m. Blood was splattered across the church interior and all the building’s roof tiles broken by the blast.

A distraught middle-aged man came out of the church and yelled: “Where was the god when these things happened? Whoever did this, any retaliation will only lead to the killing of ordinary people.”

Relatives of bomb victims were rushing to the church and then across to Negombo hospital. Sri Lankan police and other security forces have imposed severe restrictions on visiting patients. Only one member from a victim’s family is allowed to enter the hospital.

Large numbers of weeping men and women, some from distant areas, were at the hospital trying to locate injured relatives. One person, whose mother-in-law was killed in the blast, wept: “My younger son came home bleeding from his head but I can’t find my 15-year-old son. He is not in the church nor in the hospital.” 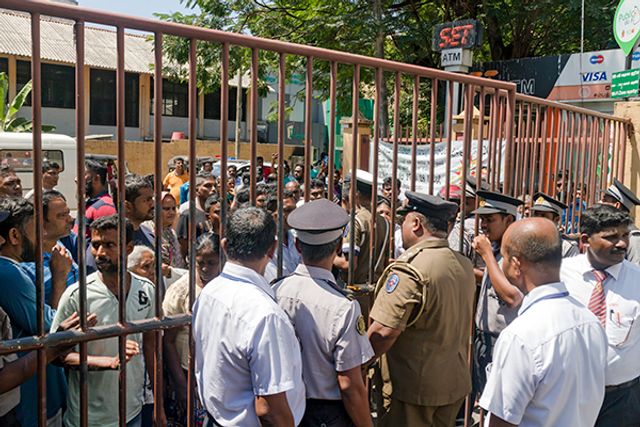 Relatives of the victims

A doctor told the WSWS that most of the injured patients had been transferred to Colombo National Hospital, the Teaching Hospital in Ragama or another hospital in Chilaw, because there were not enough beds and medical staff at the Negombo facility.

Responding to media appeals, large numbers of people, mostly youth, had come to the hospital to donate blood for the critically injured. One of them bluntly told the WSWS: “Irrespective of who carried out this attack, it will be taken advantage of by the rulers. The politicians will exploit this to further postpone the elections, impose more burdens on the people and ban strikes.”