Valentina Flex, organiser of Edinburgh Assange and Manning protest, speaks to the WSWS

Valentina Flex, who organised last Saturday’s Edinburgh protest in defence of Julian Assange and Chelsea Manning, told the WSWS, “I’ve been reading up on Julian Assange and WikiLeaks with growing interest and concern since Julian was arrested in April this year. 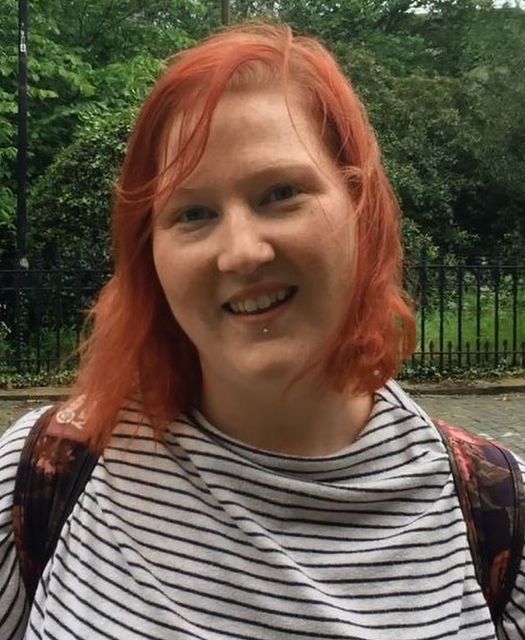 “I was compelled to act as I saw the growing movement on Twitter to protect and defend Julian and wasn’t able to find anything in Scotland that I could attend to show how strongly I felt.

“I felt that sitting behind my laptop just wasn’t enough and so I decided to try and organise something myself. Even if this meant I was the only person standing outside the US Consulate, at least I’d feel like I had tried to take a stand against what’s happening—as it massively endangers not only WikiLeaks and Assange but journalism and freedom of information.”

Valentina noted that she “did not know much about Julian Assange or WikiLeaks until April this year, when Julian had his asylum status retracted by the Ecuadorian government and he was forcibly removed from the embassy and arrested.

“I was aware of the names ‘WikiLeaks’ and ‘Assange’ before, of course, as most people are. But when the war logs were leaked I was a teenager and a lot of the details passed me by.

“However, after the arrest, when Julian was back in the media again, I decided to learn more about what was going on. Something had shifted and the situation was changing and I wanted to get more information and understand it. The process of catching up and learning what has happened has taken a while and has been quite challenging, but the more I find out, the more I realise the amount of misinformation there has been, and still is, in the mainstream media.

Protesters outside the US Consulate in Edinburgh

“For me, there are three major aspects to the importance of WikiLeaks. Firstly, there is the obvious and tangible importance of the information released by WikiLeaks and the ramifications of this information. I really do urge people to look into the leaks and their results. WikiLeaks have helped to expose a lot of injustice and corruption and have opened a lot of peoples’ eyes to what goes on behind the closed doors of power in the world.

“Secondly, the idea and structure of WikiLeaks, in that it provides an anonymous and secure way of depositing information is, to me, revolutionary. Acting in this way, and facilitating the release of information like this, is a major step forward in promoting the take-back of power from huge and powerful organisations.

“This kind of accountability is increasingly important in the world we live in and it’s becoming increasingly criminalised. We really do need people who are brave enough to stand up and call out injustice and criminality among the rich and powerful elite when they see it, and we need to do all we can to protect these people and facilitate the release of their information.

“Thirdly, and for me crucially, I think the existence of WikiLeaks and the profile of the organisation is massively important in encouraging people to consider the ways in which the media, governments and organisations work. Certainly, whilst I’ve been learning about WikiLeaks and Julian’s situation, I’ve come to consider huge philosophical and moral concepts such as the ownership of information. The actions and aims of WikiLeaks make you consider both the practicalities of corruption and power as well as the more intangible questions of knowledge. It really changes the way you think about and see the world.

“I think the silence and contradictions of the media and political parties regarding Assange and Manning shows how deep the relationships are between different governments and seats of power. It also shows how quickly stances and opinions change depending on the context, e.g., how quickly people change sides when things get difficult.

“I get the feeling that there is a lot of fear involved, as this situation is not just about Julian or WikiLeaks, but about sending a message to whistleblowers, journalists and anyone who wants to know more than they ‘should.’ There is personal fear (in that those with secrets want them to stay hidden) but also, I think, fear regarding the maintenance of important and mutually beneficial relationships between countries and governments.

“It’s also extremely frustrating seeing the propagation of myths about Assange and WikiLeaks, which are only obvious to me as a result of further research on my part. It’s been very difficult trying to find genuinely truthful and unbiased reporting on the entire situation, which is sad because it’s making it difficult for people to learn and decide where they stand on this fundamentally important issue. I think, regardless of your opinion on any topic, truth and understanding are vital. At the moment, no mainstream media is providing this.”

Asked why in contrast to the parties of the ruling elite and establishment media, it is working people the world over who are coming forward to defend Assange, Valentina said, “I think it’s because we are the people who aren’t supposed to find these things out. We are the people who pay for and vote for governments, and what WikiLeaks has done in terms of revealing the working of these governments has highlighted how little we really know.”