Britain and Australia dismiss UN report that Assange has been tortured

The British and Australian governments have blithely dismissed a May 31 report by United Nations Special Rapporteur on Torture Nils Melzer, which established that WikiLeaks founder and publisher Julian Assange has been the victim of a protracted campaign of “psychological torture.”

The brazen responses demonstrate the criminality of the US-led vendetta against Assange, which is proceeding in violation of due process and the fundamental tenets of international law. 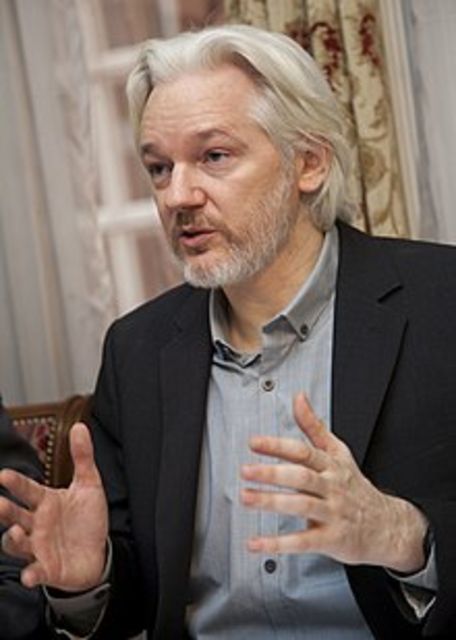 Melzer wrote: “In 20 years of work with victims of war, violence and political persecution, I have never seen a group of democratic states ganging up to deliberately isolate, demonise and abuse a single individual for such a long time and with so little regard for human dignity and the rule of law.”

The UN official condemned as responsible the governments of the US, Britain, Sweden and Ecuador, which have persecuted Assange for his role in the exposure of war crimes and global diplomatic conspiracies. Melzer told the media that the Australian government was complicit, for abandoning the Australian citizen and journalist.

Within hours of the report’s release, British Foreign Secretary Jeremy Hunt took to Twitter to denounce it as “wrong.” He declared that “Assange chose to hide in the embassy and was always free to leave and face justice.” Hunt demanded that the UN Special Rapporteur “allow British courts to make their judgements without his interference or inflammatory accusations.”

Melzer directly replied to Hunt, correctly noting that “Mr Assange was about as ‘free to leave’” Ecuador’s London embassy “as someone sitting on a rubberboat in a sharkpool.”

Assange’s decision to seek political asylum in the embassy in 2012, in order to escape US persecution for WikiLeaks’ lawful publishing activities, was completely vindicated by the Trump administration’s unveiling last month of 17 Espionage Act charges against him, carrying a maximum sentence of 170 years imprisonment.

The UN official continued: “As detailed in my formal letter to you, so far, UK courts have not shown the impartiality and objectivity required by the rule of law.”

Melzer told the Guardian that Assange was convicted on British bail charges just hours after he was expelled from Ecuador’s London embassy and arrested by British Police on April 11. “Under the normal rule of law you would expect someone to be arrested and then given a couple of weeks to prepare his defence at least,” he said.

Despite the minor character of the bail charges, Assange was sent to Belmarsh Prison, a maximum-security facility where individuals convicted of murder and terror offenses are often sent. WikiLeaks issued a statement last Thursday confirming that Assange had been moved to the medical ward of the prison and that his health had gravely deteriorated over the seven weeks of his incarceration, including as a result of rapid weight loss.

Melzer, who visited Assange last month, said Assange exhibited “all symptoms typical for prolonged exposure to psychological torture, including extreme stress, chronic anxiety and intense psychological trauma.” It “was perceptible that he had a sense of being under threat from everyone.”

The political purpose of Hunt’s rejection of the UN findings—to facilitate Assange’s dispatch to a US prison—was made clear in comments he made to CBS’s “Face the Nation” program on Sunday. Hunt stated that if he were chosen to replace outgoing Tory Prime Minister Theresa May, he would not block Julian Assange’s extradition to the US.

Voicing the intense hostility of the British ruling elite towards Assange, Hunt said: “But would I want to stand in the way of Julian Assange facing justice? No, I would not.” What the foreign secretary describes as “justice” is locking a journalist away for life, and, as Melzer has warned, subjecting him to the prospect of further US torture, in retaliation for publishing the truth.

The UN statement also implicated the establishment press in the campaign of torture against Assange, commenting that he had been subjected to an unprecedented campaign of “mobbing.”

The media outlets which have played the central role in this vilification campaign, such as the British Guardian and the US New York Times, have not responded by withdrawing their obscene personal attacks on Assange. Neither have they condemned Hunt’s dismissal of Melzer’s report.

Instead, the executives of the main British corporate media outlets gathered in Glasgow on Saturday to hear Hunt pontificate on the importance of press freedom at the World News Media Congress.

In a display of staggering hypocrisy, the foreign secretary, whose government had been condemned the previous day for its role in torturing a journalist, declared: “Democracy and freedom of expression mean nothing unless independent journalists are able to scrutinise the powerful—and discover the stubborn facts—however inconvenient this might sometimes be for the politicians on the receiving end.”

Hunt did not add that such “scrutiny” and uncovering of “stubborn facts” were impermissible if they impacted the imperialist operations of the US, Britain and its allies. Nor is there any record of the media representatives in attendance speaking out in defence of Assange, or even mentioning his name.

Their cowardly performance demonstrates that they are representatives of what Australian investigative journalist and filmmaker John Pilger described as “Vichy journalism,” in reference to the fascist regime that collaborated with the Nazi occupation of France during World War Two. If the abuses against Assange had been carried out by Russia, China or another country in the cross-hairs of US and British imperialism, there is no doubt that such journalists would be up in arms.

Melzer’s statement was also a damning indictment of the Australian government. He told the media that Australia had been a “glaring absence” in the defence of Assange’s fundamental legal and human rights.

The Australian Department of Foreign Affairs and Trade, which has maintained a lengthy silence on the WikiLeaks founder's plight, immediately shot back with a statement denying that Australia was complicit in torture and claiming that it was providing Assange with “active and high level consular assistance.”

This unspecified assistance, however, has done nothing to prevent the deterioration of Assange’s health or halt the US-led attacks against him. In reality, the Liberal-National government, the Labor opposition and the entire Australian political establishment have collaborated in the US-led vendetta against Assange by refusing to defend him.

Not a single representative of the government, Labor, the Greens or the official Australian media has condemned the US Espionage Act charges against Assange.

The rejection of the UN report by the governments that are persecuting Assange demonstrates that his freedom will not be secured by plaintive appeals to the powers-that-be. His deepening medical crisis, moreover, makes clear that not only is his liberty at stake, but his very life.

Mass support is growing for the WikiLeaks founder among workers, students and young people, who correctly view him as a hero who is under attack for exposing criminal wars and oppression. These people must be mobilised.

The WSWS and the Socialist Equality Parties around the world are fighting to build a political movement of the working class to defend Assange, and all democratic rights, as part of the struggle against militarism, war and authoritarianism, and their source, the capitalist profit system. Contact us to become involved.