Despite popular concerns over the violation of civil liberties and the right to privacy, 63 school districts in at least 20 US states purchased social media monitoring software in 2018 up from only six districts in 2013, according to a report published in April by NYU School of Law’s Brennan Center for Justice.

The actual number of schools using social media surveillance tools or services to spy on their students, while unknown, is much greater than those represented by the study since districts self-report to the database of government purchases examined by the Brennan Center.

Despite the lack of any evidence that online surveillance has ever foiled violence, school districts in Texas, Illinois, California, and Florida spent, from 2012-2018, a combined total of almost $1.5 million, allegedly to detect potential social media threats from well over a million students. Education Week noted in a May 30 report, “Social media monitoring companies track the posts of everyone in the areas surrounding schools, including adults. Other companies scan the private digital content of millions of students using district-issued computers and accounts. Those services are complemented with tip-reporting apps, facial-recognition software, and other new technology systems.”

By tapping private companies’ services or tools to comb 24/7 through social media posts—including those by adults originating from a student’s home on family-owned devices—schools are trampling on US constitutional rights to privacy and playing a growing role in the efforts of the government and tech giants to surveil and censor the internet.

A series of court decisions have opened the door to widespread surveillance in schools, including the US Supreme Court decision Board of Education v. Earls, written in 2002 by the arch-reactionary Clarence Thomas. The court held that “a student’s privacy interest is limited in a public school environment where the State is responsible for maintaining discipline, health, and safety.”

As the World Socialist Web Site revealed last year, many data mining companies surveilling students on Facebook, Twitter and other social media platforms are operated by or employ former intelligence and law enforcement members. It is unsurprisingly, then, that many social media tracking companies have provided public school officials and police a way to stalk student protesters.

Solana Beach, California’s Geo Listening is one such company. After spotting social media chatter regarding a 2009 protest planned by students over teachers’ pay in the Golden State, the company, fearing nationwide walkouts, “notified all the appropriate schools, who were able to stop it before it happened,” according to the Hawaii student newspaper Ka Leo o Nä Koa.

In March 2016, Geofeedia—a Chicago company funded by the CIA’s venture capital arm, In-Q-Tel—“pulled together a little content” from social media posts for the Boston Regional Intelligence Center, a fusion center managed by the Boston Police Department, to track a walkout in which 1,000 public school students marched past the statehouse to protest proposed budget cuts to education. The company also helped law enforcement intercept students in Baltimore during the protests in 2015 after the police killing of Freddie Gray.

Geofeedia markets its services by boasting of its surveillance of middle and high school students for police, netting lucrative contracts. Geofeedia claimed it had 500 public safety and law enforcement clients in 2016, but Illinois’ Lincolnshire-Prairie View School District 103, after shelling out $10,000 to the company to monitor Adlai E. Stevenson High School students on social media, ended Geofeedia’s services because of a “lack of relevant information and cost.”

The Jacksonville Sheriff’s Office in Florida used Geofeedia to trawl for high school violence, drug use, track the activities of African American protest organizations, and bomb threats. But a 2017 Times-Union analysis found that of the 146 Geofeedia alerts covering the time of one month and a half, “nearly half were false-alarm ‘bomb threats’—usually triggered by people describing food, beer and other things as ‘bomb.’” Not one “of the alerts documented over that six-week time span contained any hint of criminal activity.”

Another social media surveillance company, Social Sentinel, also has received failing grades on this score. Mark Pompano, director of security for the Connecticut school district that includes Sandy Hook Elementary, the scene of the 2012 mass shooting, told the New York Times that the district briefly hired the Vermont company after the tragedy, but its software “never caught anything serious,” and there was not “a single incident that we used Social Sentinel to pursue some type of security threat or anything like that.”

Social Sentinel, in March 2019, wasn’t of much use in San Antonio, Texas, either, when online fighting between teenagers led to a stabbing death involving a James Madison High School student. The previous summer, Social Sentinel was hired by the North East Independent School District, which includes James Madison High, but the company “does not have a database of student names and would not flag threats unless a school or the district is mentioned,” a district spokeswoman told the San Antonio Express-News at the time of the stabbing, adding that community reporting of potential violence is what they mostly depend on.

The scale of the growing surveillance of America’s youth is breathtaking. Social Sentinel not only mines social media but also the emails of students. Bloomington, Illinois-based Gaggle monitors the digital documents and emails of almost 5 million K12 students, even vacuuming up data from personal devices connected to school district-owned computers.

Securly, a San Jose, California-based social media surveillance company, scans the online searches of students and even offers a blacklist program which blocks “inappropriate” websites from being accessed by millions of students. Similar web filtering software has prevented students from visiting anti-capitalist, antiwar, and anti-censorship sites in the past.

The more data, the better for those eying students. Florida is taking data collection and sharing to extremes.

In wake of the 2018 Marjory Stoneman Douglas High School shooting in Parkland, Florida, which left 17 dead, lawmakers passed a school safety law which, among other things, requires a database to combine people’s social media posts with millions of records of those who have been placed in foster care, diagnosed with substance abuse problems, received forced psychiatric evaluations, or were “mentioned in unverified tips made to law enforcement.” 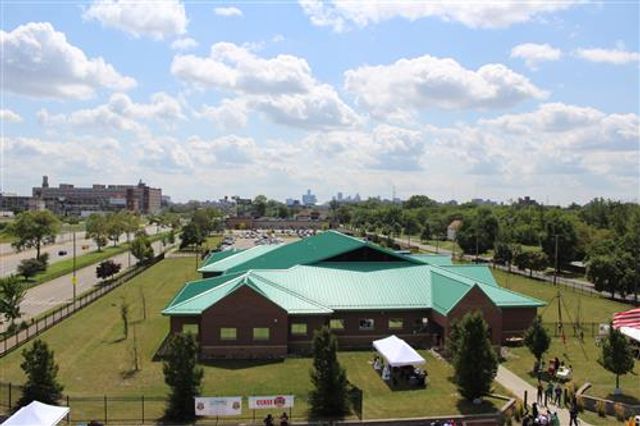 Implementation of the massive social media surveillance-based database has hit a snag due to legal concerns and the cancellation of a six-year contract for $4.5 million to a company named Abacode, after Social Sentinel protested the “unclear language” in the state’s “intent to negotiate” document which opened the bidding.

Florida’s project is a perfect example of how spying on students is, from the standpoint of student safety, a terrible waste of resources—emphasizing its real purpose—an intensification of the militarization of schools and society at large.

School shootings have become the pretext for a mass spying campaign on young people, aimed above all at crushing social opposition to the ravages of the capitalist profit system. Nothing has been or will be done to eliminate social inequality, halt the violence of endless war and police brutality inside and outside the schoolhouse, or foster a positive school culture by either big business party. On the contrary it is capitalism, the global socioeconomic system, that produces the two fundamental causes of mass violence: imperialism and inequality.

The real target of all forms of censorship and surveillance is the increasingly militant working class. The ruling elites are particularly worried over the radicalization of the younger generation, the majority of whom already identify as socialist.