Interview with advice worker Terry Craven on the DWP review

“The DWP, Amber Rudd and the officers that trawled through the information regarding Stephen have got blood on their hands”

Terry Craven assisted Stephen Smith during the last period of his life, as he tried to claim the welfare benefits and support he so desperately needed. He told the WSWS his views on the review by the Department of Work and Pensions (DWP), exonerating them of any responsibility for events leading to Stephen’s early and entirely preventable death. 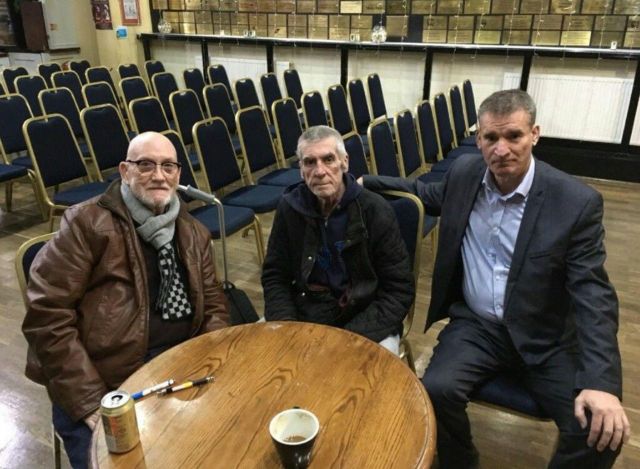 “It’s just a fudge, and I wouldn’t have expected anything more from the DWP or [Work and Pensions Secretary] Amber Rudd. The work capability assessments services are allowed to run riot, all over a claimant’s rights, and the DWP doesn’t have any checks or balances to combat that.

“The response from the DWP was totally inadequate, and there should be a public inquiry, because people need to know what’s going on.

“Whatever the assessment service says, as in Stephen Smith’s case, doesn’t seem to matter. We had two letters from doctors that pointed out how serious his health condition was. They made clear that he was going to get seriously unwell, or substantially deteriorate if the decision was not changed.

“It was all ignored; there was not any review even on receiving those letters, as there should have been. The complete procedure and investigation by the DWP were as if they were treating a parcel that had gone missing. For them, it wasn’t about dealing with a human being. It’s just indicative of the benefit system that treats people as second-class citizens that are not really worth worrying about.

“What we must remember is that when Amber Rudd promised this inquiry, Stephen Smith was still alive. He hadn’t died by that time. All the furore was about that, the fact that he hadn’t been paid his benefits. And she went in front of Parliament and said he’s been paid every penny that he was owed.

“He hadn’t been paid half of what he was owed and he was still alive. I helped him get a flat and helped him get furniture for his flat. The flat was there empty, but he was waiting to be discharged from a nursing home because he was never well enough again to live independently.

“I would say that the DWP, Amber Rudd and the officers that trawled through the information regarding Stephen have got blood on their hands. It’s as simple as that, it was a fudge. I didn’t expect it, but Amber Rudd did say that these assessments would be recorded as a matter of course, and I haven’t read anything since to say that she has done anything to put that into place.

“In response to Amber Rudd’s comments on the missed ‘safeguarding opportunities,’ well what are they? Because if we knew those safeguarding issues, presumably in each office there would be an officer, or officers, who could deal with that sort of thing.

“In these work capability assessments, many of the healthcare professionals come out with statements that have no evidential value.”

Craven said he was disappointed that Labour Party leader Jeremy Corbyn had not made the death of Stephen Smith a central issue.

“Shortly after Stephen’s death, I watched Prime Minister’s Question Time, and I love Corbyn’s politics, but he is about as effective as a chocolate fireguard.

“He had ample opportunity where he could have turned round and said [to Prime Minister Theresa May], ‘What about Stephen Smith?’ He should have raised it, and he didn’t, and that’s where I have the problems with him. He doesn’t seem to react to what the prime minister or her cohorts are saying. I think Stephen Smith is one of the biggest opportunities the Labour Party had of nailing this government, even during Brexit.”