CWA shuts down strike of 22,000 AT&T workers across US South

The Communications Workers of America (CWA) has shut down the powerful six-day strike by 22,000 AT&T workers across nine southern US states. The strikebreaking action by the CWA has given the telecom giant a free hand to impose sweeping concession demands on workers.

The World Socialist Web Site was the first to report the union’s plans to order strikers back to work. In a statement filmed by a correspondent from the WSWS, CWA Local 3204 President Ed Barlow told a group of pickets in downtown Atlanta on Tuesday afternoon that the “rumor that we’re going back to work tomorrow” was true. 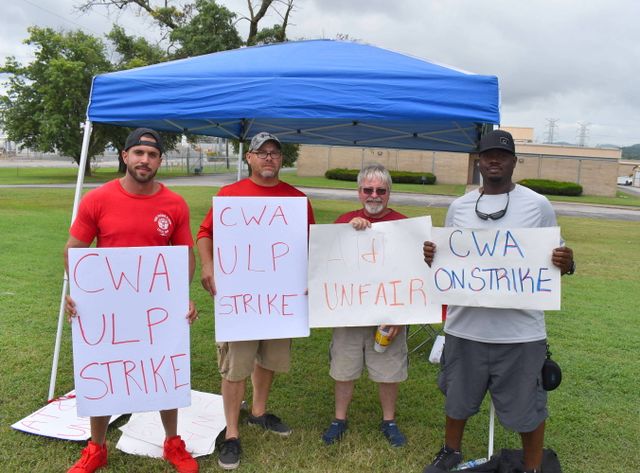 “From what I’ve been told, we are,” he said. Barlow said that AT&T Executive Vice President Mark Royse, the head of labor relations, was meeting with CWA District 3 Vice President Richard Honeycutt and “they are having some discussion about us going back to work tomorrow,” he said.

Barlow said the CWA had called the Unfair Labor Practice strike because the union bargaining committee was only “meeting with people who did not have the ability to make decisions.” Royse “was a decision-maker,” Barlow said, adding, “so we’re going to get some movement.”

As the World Socialist Web Site warned, this limitation of the strike to a complaint over “bad-faith bargaining” paved the way for a quick return to work without a contract or a single substantive issue moving in the workers’ favor. 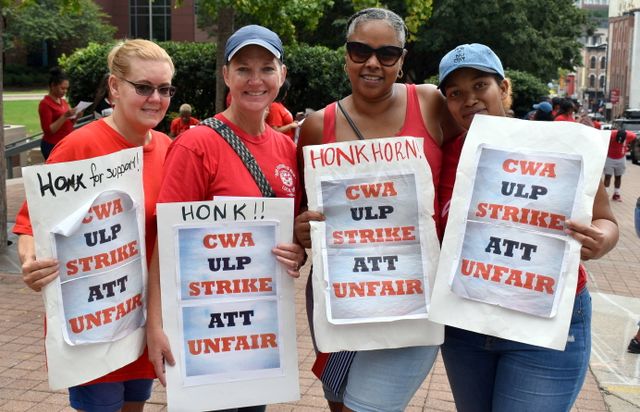 Whatever the miserable justification, the fact is by shutting down the strike the CWA is handing all the momentum to the corporation to impose higher out-of-pocket healthcare costs, expanded surveillance and harassment of employees, forced overtime, the contracting out of more work and the continuous erosion of workers’ living standards and working conditions. The CWA is playing the same treacherous role as it did when it sabotaged the 2016 Verizon strike and so many struggles before.

The biggest obstacle to the unification of telecom workers is the CWA, which functions as a cheap-labor contractor and strikebreaker. The union was prepared to allow workers to labor without a new contract indefinitely and only called the strike after workers in Miami walked out to oppose the victimization of militant workers.

AT&T workers cannot allow the CWA to sabotage of their fight. They must oppose any back-to-work order and uphold the principle of “No contract, no work!”

At the same time, workers must set up rank-and-file workplace committees to take the conduct of this struggle out of the hands of the CWA. Instead of allowing the union to shut down the strike, AT&T workers must fight for its expansion to every section of AT&T workers, as well as Verizon and other telecom workers. They should make a special appeal to 158,000 GM, Ford and Fiat Chrysler workers who are heading into their own battle on September 14, when their contracts expire.

Rank-and-file committees should demand that all negotiations be live-streamed on Facebook. They should advance their own demands, including a 40 percent wage increase; full healthcare and dental benefits funded by the company; full employment for all temporary, part-time and contract employees with full rights and job security; and workers’ control over production and safety in order to ensure that all work is performed safely and free of management harassment. 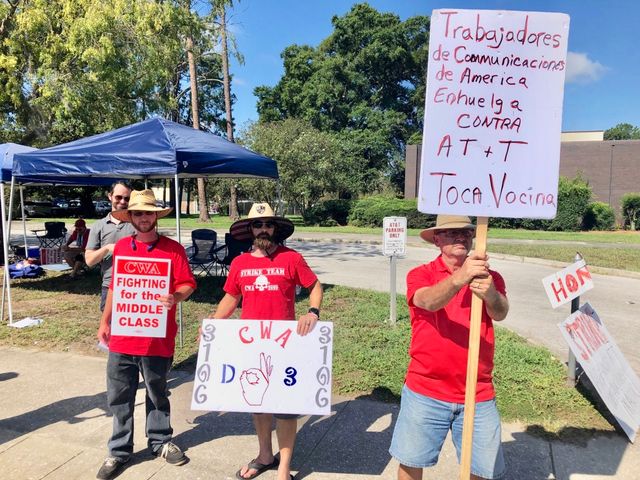 In Jacksonville, Florida, pickets spoke with the World Socialist Web Site about the oppressive working conditions they confront. Several complained of faulty equipment and poorly maintained work vehicles. Although the air conditioning may not work, GPS devices monitor every move a vehicle makes.

“They track the speed that we drive, and they know how long we sit in the car idling. We aren’t allowed to sit in the vehicle in the A/C for even a few minutes. The company tells us to go sit in the shade under a tree,” said one worker.

Lario, a technician with AT&T, said that since the Time Warner merger the company is cutting more corners and often won’t let workers have the resources they need to do installation, maintenance and repair work: “Once we leave the facility in our vans in the morning, we aren’t allowed to come back. We are supposed to fit everything we need into our vehicle for the entire day, but it just doesn’t all fit. We usually have to call each other and arrange to get things from each other out in the field to get the work done, and it’s our responsibility if the work isn’t completed.”

“How much money does AT&T spend on Taylor Swift commercials or putting their logo put on the headsets for sports events?”, a worker picketing the headquarters in Birmingham, Alabama asked. “It’s a lot. But they’re laying off tens of thousands of people from the call centers to linemen doing aerial and underground work, and hiring contractors in their place to save money. 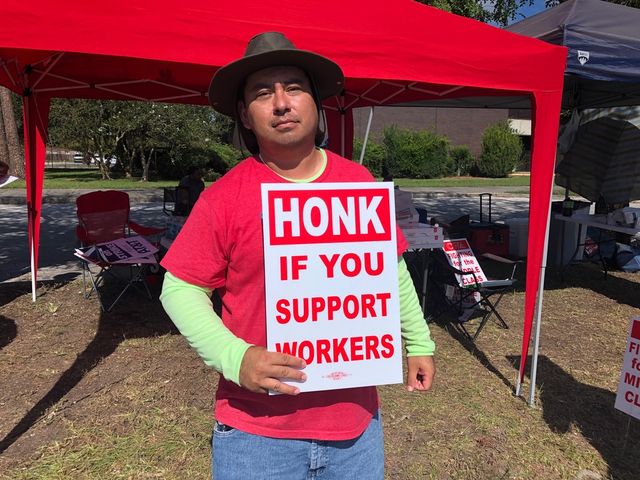 The worker acknowledged that each set of union negotiations has resulted in one giveback after another. “They aren’t even in the top 50 of company-matched 401(k) contributions among Fortune 500 companies.”

He said his father had worked for Bell South before it merged with AT&T 13 years ago. “People want careers. But a company like AT&T is turning more and more to contractors. If you ask me, this company is about short-term gains and they aren’t thinking about long-term costs.

“It used to be that people in management here worked their way up and knew what workers were dealing with. Now, they hire accountants and marketing people. They try to run a customer service industry the way you run a manufacturing assembly line, and it doesn’t work. Working with a customer isn’t the same as having to screw the same bolt into the same piece over and over again on an assembly line.”

A billing employee who was at the picket referred to recent statements by AT&T concerning workers’ compensation packages. “I don’t know anybody who’s making anywhere close to $120,000 a year. If I was making that much, I wouldn’t be out here.”