At 6:00 p.m. in London today, a critical event has been called by bassist, singer and songwriter Roger Waters and journalist John Pilger to demand freedom for WikiLeaks publisher and journalist Julian Assange. Waters will hold a concert in front of the office of British Home Secretary Priti Patel at 2 Marsham Street, and Pilger will deliver remarks.

Both Waters and Pilger are men of great principle who have fought—Waters as an artist and Pilger as a courageous journalist—to keep alive the struggle to free Assange. This fight, however, must be carried forward through the mobilization of workers and youth internationally to stop the extradition of Assange to the US, ensure his safe return to Australia and secure his freedom. 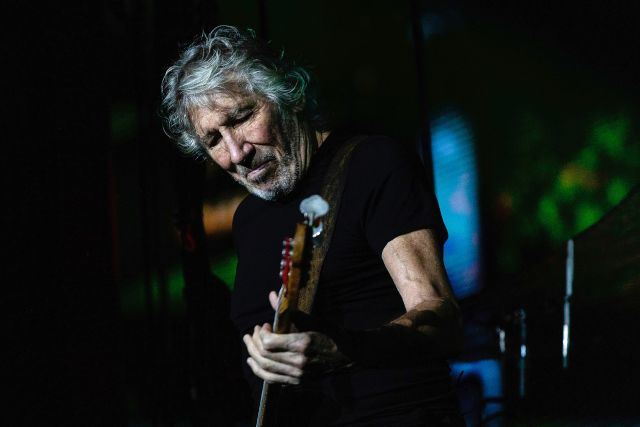 The situation is urgent. Assange has been interned in Britain’s notorious Belmarsh prison for close to half a year, and his health is rapidly deteriorating. Late last week, Pilger reported after talking to Assange: “His psychological torture is unabated. He remains isolated in his small cell, mostly 23 hours a day, denied proper exercise. He has lost more weight. Although ‘approved,’ phone calls to his parents are still not possible. Britain 2019.”

As Pilger notes, the conditions of prolonged solitary confinement under which Assange is being held can only be described as torture. He is denied the ability to prepare for his legal case, to regularly contact his lawyers, and to communicate with the outside world.

The February court date on proceedings to extradite Assange to the US is fast approaching. If transferred to the clutches of the American government, Assange faces a show trial that could result in a sentence of up to 175 years in prison—or worse.

Whistleblower Chelsea Manning, meanwhile, remains imprisoned in a jail in Alexandria, Virginia. She has been jailed for more than 170 days and could remain behind bars for another year or more. Her supposed crime? Refusing to testify before a grand jury that is considering further charges in the government’s vendetta against Assange. Manning also faces financial penalties that could reach nearly half a million dollars.

The persecution of Assange and Manning is the spearhead of a massive assault on democratic rights. It is taking place against the backdrop of the resurgence of fascism and the lurch by the ruling elites internationally toward authoritarian forms of rule.

In the UK, just last week far-right Prime Minister Boris Johnson announced the proroguing of Parliament, a historic attack on democratic rights. Under “Operation Yellowhammer,” the British government is planning on responding to “public disorder” produced by post-Brexit austerity measures through the deployment of tens of thousands of riot police and troops.

In Germany, the Coalition Government has cultivated the fascistic Alternative for Germany, while the government’s Federal Office for the Protection of the Constitution (Verfassungsschutz) is targeting the German Socialist Equality Party (SGP) as a “left-wing extremist” organization, subject to observation, for opposing capitalism and exposing the rise of the far-right.

In India, the far-right BJP government imposed a state of siege on thirteen million people in Jammu and Kashmir last month, implementing an extraordinary regime of repression and collective punishment. In China, the Stalinist regime, which defends the interests of the corporate elite and super-rich, is sending police to brutally attack protesters in Hong Kong.

And in the US, the Trump administration increasingly legislates by “national emergency” in its vicious persecution of immigrants and refugees.

The attempt to silence Assange and Manning is also seen as a critical step in the preparation for war. The ruling elites are preparing atrocities even more terrible than those revealed by WikiLeaks, and they are determined to intimidate opposition and impose censorship on those who seek to expose government criminality.

The fate of Assange and Manning is intended as an example and a threat. They are the victims of a monstrous criminal conspiracy, involving the most powerful governments in the world, the intelligence agencies and the corporate media.

The conspiracy extends from the judicial system in the UK, which is presiding over kangaroo court proceedings, to the Labour Party and its leader, Jeremy Corbyn, who has maintained a complete silence on Assange’s fate since the US issued charges under the Espionage Act. It includes the government in Australia, where Assange is a citizen, which is adamantly opposed to any effort to return Assange home safely.

While it is the Trump administration’s Justice Department that has filed charges against Assange, the Democrats have spearheaded the campaign against him. The vilification of Assange and WikiLeaks is at the center of the Democrats’ reactionary anti-Russia campaign, aimed at pressuring Trump to pursue a more aggressive military policy against Russia.

The major news media, particularly the New York Times, Washington Post and other publications affiliated with the Democratic Party, are full accomplices in this conspiracy. The media, functioning as mouthpieces for the intelligence agencies, has done its best to slander and calumniate Assange.

After initial insincere statements of concern about the implications of charging Assange under the Espionage Act in May, the major media outlets have simply stopped reporting on the most significant political persecution of the century. The Times has not published a single article on either Manning or Assange since June.

A particularly prominent place on the platform of shame must be reserved for the organizations of the affluent middle class, which posture as “left” but operate as auxiliary arms of the ruling elites. The Democratic Socialists of America in the US, a faction of the Democratic Party, has tacitly supported the persecution of Assange, issuing no statements opposing his indictment.

At the same time, developments since Assange’s arrest point to the powerful social force that can secure freedom for Assange and Manning. The extreme growth of social inequality and the assault on democratic rights has produced mass demonstrations, from Puerto Rico and Hong Kong, involving substantial percentages of the population.

After decades of its suppression, the class struggle is beginning to reemerge on a world scale. Strikes in recent months have taken place among communication workers in the US, auto workers in India, mine workers in Bolivia and hospital workers in France. Workers in the US at Ford, GM and Chrysler last week concluded strike authorization votes that reveal a determination to fight.

And an entire generation of young people has grown up knowing nothing but economic insecurity, indebtedness and war.

Among workers and youth, there is enormous support and sympathy for Assange and Manning. The exploited and oppressed throughout the world recognize, despite the campaign of lies and propaganda, that these courageous individuals are in jail because they exposed the truth, because they revealed the crimes of the ruling class for the world to see.

However, there is a vast contradiction between this latent support for Assange and Manning and the absence of an organized mass movement to demand and fight for their freedom. The development of such a movement is an urgent task.

The defense of these class war prisoners must be taken into the working class. It must be connected to the opposition to the attack on democratic rights and the growth of fascism, to war and to the social struggles of the international working class against capitalist exploitation and inequality.

Sign up now to join the fight to defend Julian Assange!